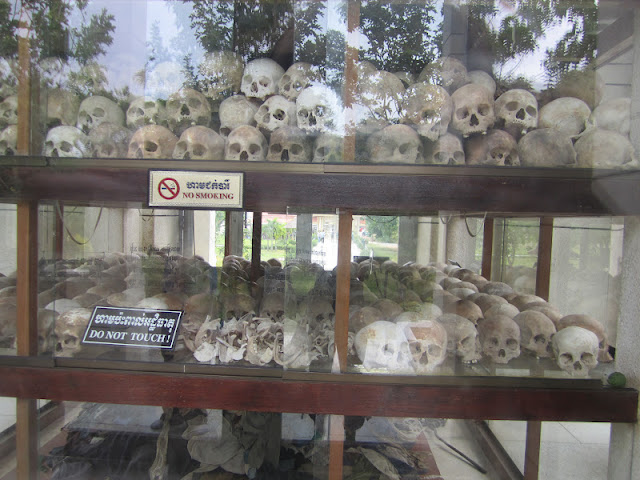 We visit the killing fields and other atrocities of the Khmer Rouge.

We paid for a midnight sleeper bus from Siem Reap to Phnom Penh.  When we arrived at the bus station, the only bus there was a sitting bus, and they told us to get on.  Josh talked to the office manager who said there was no such thing as a sleeper bus at midnight.  We told him to give us our money back (sleeper buses cost more) but he said he didn't have it there.  Having no choice we got on.  During the ride, the employees kept trying to insist that Josh's ticket required him to sit in a different seat, so they could sit a fat local (who kept leering) next to Johanna.  Finally after some choice English phrases and threatening them with violence, they gave up and let us sit together.

After the 6 hour hell ride we climbed off the bus and found a guesthouse.  We slept for a few hours and then walked to the Tuol Sleng Genocide Museum.  During the Khmer Rouge occupation, this school was taken over and used as a prison, where they tortured, interrogated, and ultimately killed up to 20,000 people in the space of four years (at the killing fields, more on that later). 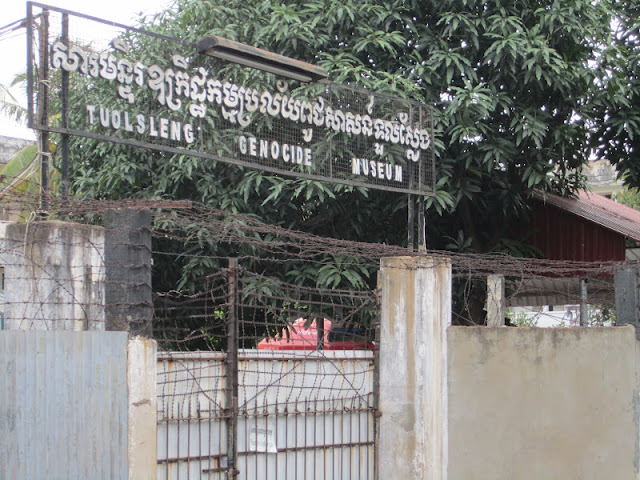 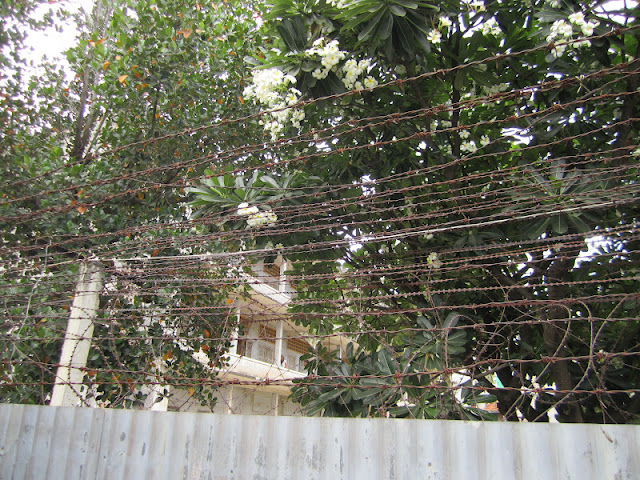 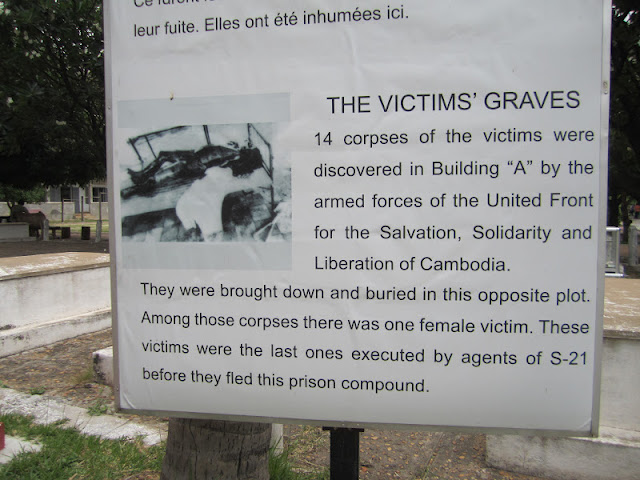 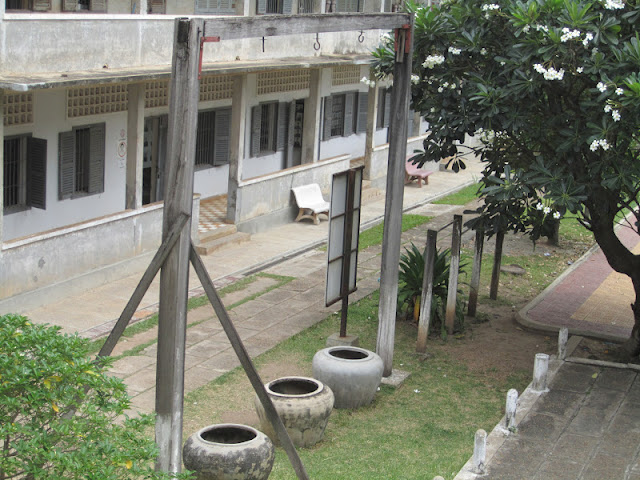 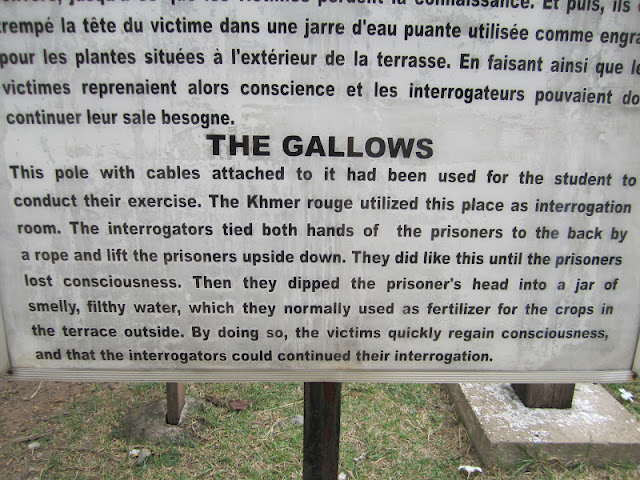 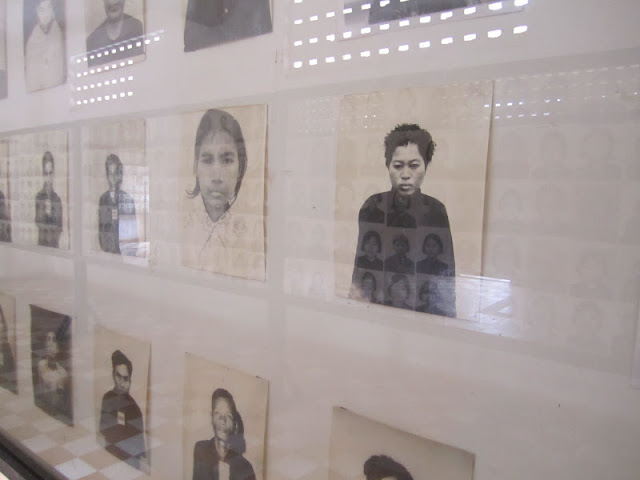 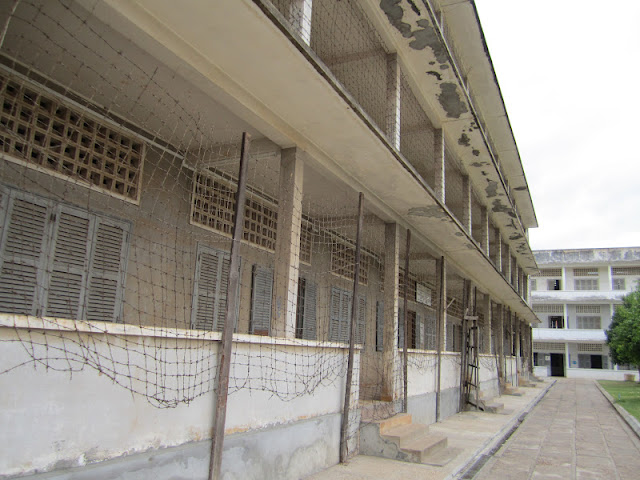 After feeling a bit shocked from that, we headed to a restaurant called Mama's and had the Shepherd's Pie.

We then decided to walk the city a bit, and found many sections were very modernized. 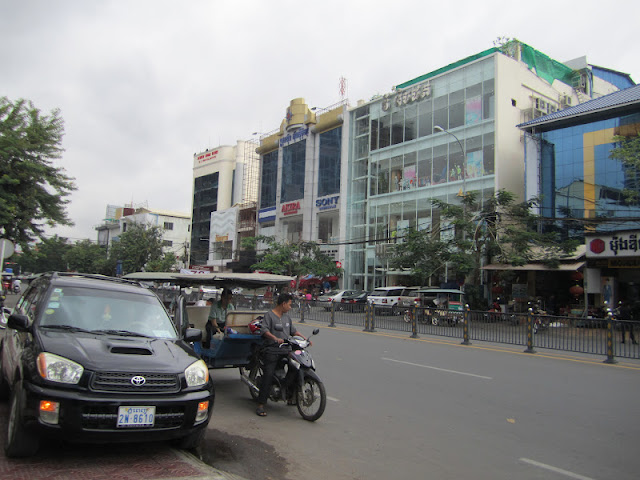 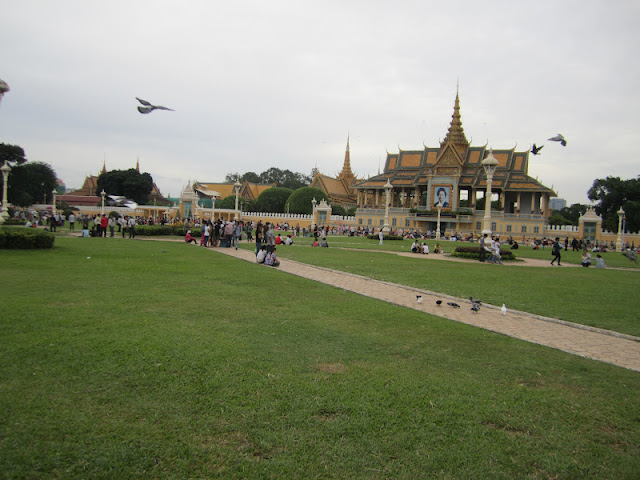 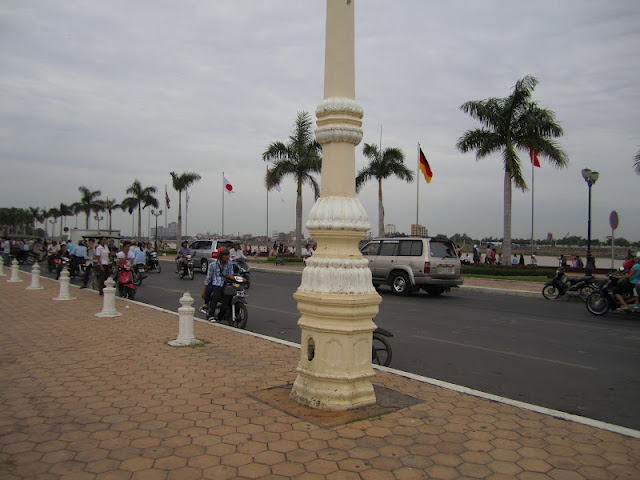 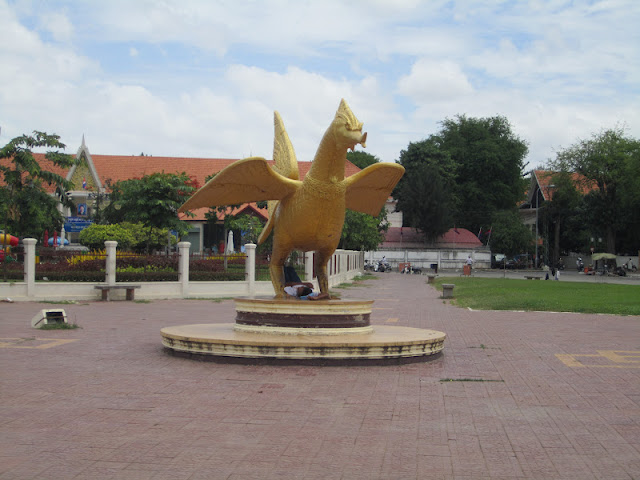 The next day we took a tuk tuk to the infamous "killing fields".  About 15 km outside of the city, this is where prisoners of Tuol Sleng were taken to be executed, their bodies thrown in mass graves.  It was a surprisingly peaceful and beautiful area, that causes one to be quiet and introspective as you learn about the atrocities that occurred here 33 years ago. 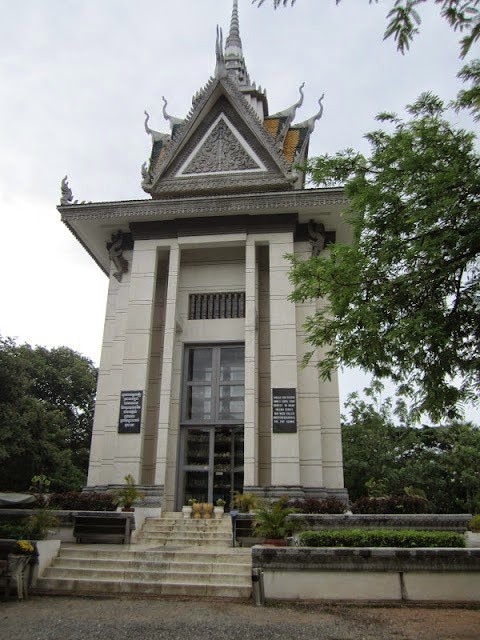 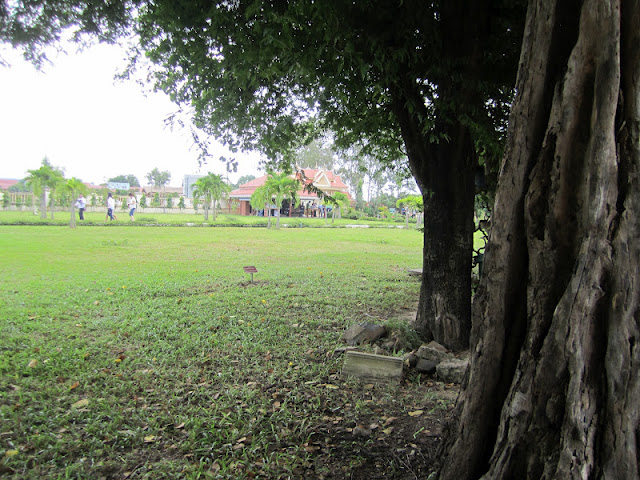 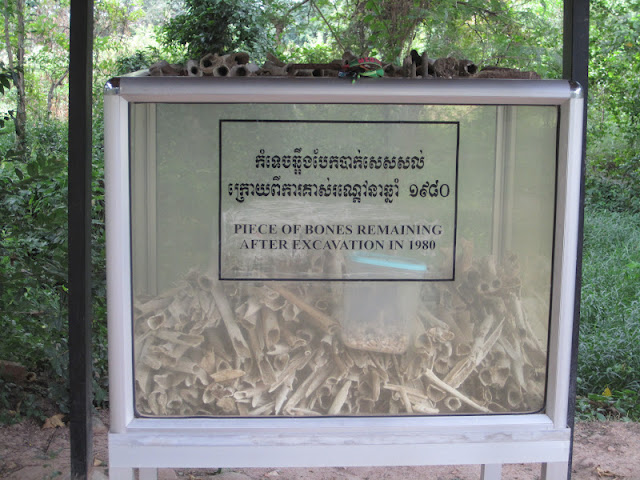 After taking a tuk tuk back to town, we explored some more, including a huge market, then we found a place for dinner.  As usual, we encountered a beggar.

After dinner we found an arcade and finished our night with some fun. 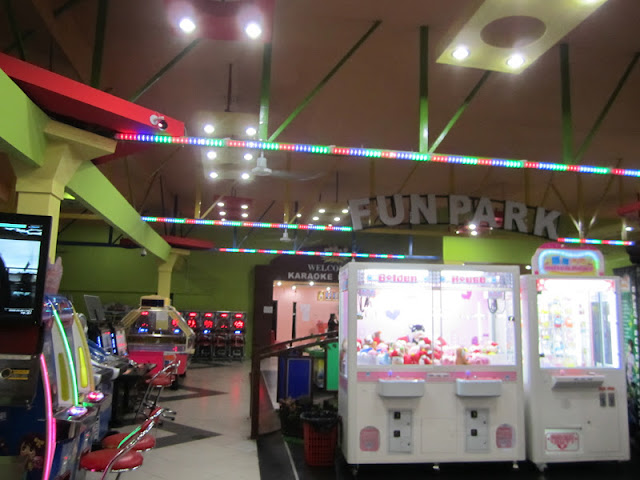 After exploring the city for a few more days, we headed to Sihanoukville to get some much needed beach time.  We'll try to post again soon.