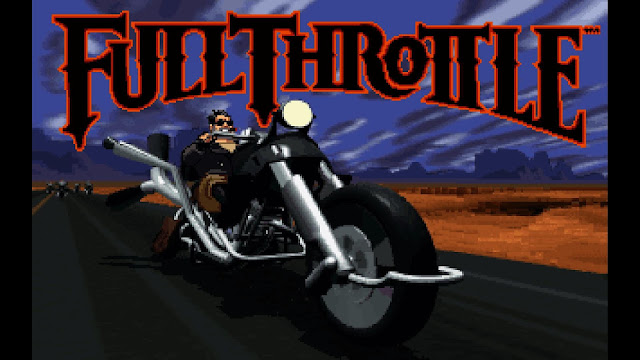 I was recently reminded of the game that first ignited my love of motorcycles: FULL THROTTLE!


Released in 1995, this was a graphic adventure game created by Tim Shafer and released by LucasArts. By today's standards the graphics are dated, and it was a chore to find a working version through a DOS emulator. But when it was released, this game ignited the imagination of my 12 year old self. Reminiscent of Mad Max, Full Throttle is set in a semi post-apocalyptic future where the country has been reduced to a barren wasteland, and only one company still makes bikes.

You play as Ben, the leader of the motorcycle gang 'The Polecats'. Through a series of death defying and elaborate events, you become framed for murder, and are forced to scavenge (steal) parts to repair your bike and continue your journey to clear your name. The game features a great plot with tons of interesting characters, including the main villain voiced by Mark Hamill (aka Luke Skywalker)! 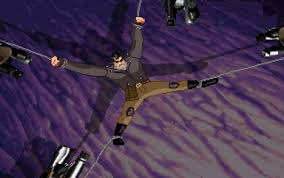 The game also featured music by The Gone Jackals, a legitimate biker band, which really helped add to the atmosphere of the setting. Full Throttle was essentially a PG version of Sons Of Anarchy years before that show would be made. While I'm not exactly interested in choppers these days, the design of Ben's Corley Motors bike with it's excessive flame spewing pipes, was a catalyst for getting me interested in motorcycles and customizing them.

Supposedly a remastered version is going to be released in 2017 on multiple platforms. If it is, I highly recommend checking it out. In the meantime, click here to download an emulated version.