Our bus ride to Vientiane was supposed to take 18 hours.  It took 23.

Halfway through the night our bus stopped to pick up local hitchhikers, and then the bus staff tried to kick some other travellers out of their seats, which basically resulted in most of the English speakers on the bus shouting at them until they relented.

We arrived at the Laos border at 4 am, then just sat there for 4 hours, as the Vietnam border guards don't arrive until 8 am.  We're not sure why they made us leave at 5 pm the previous day, if we just had to sit there anyway.  Finally we got through and paid for our Laos Visa's, which cost about $76 for both of us.  As we drove into Laos, we instantly noticed how different it felt compared to Vietnam, with dense green forests on each side of the incredibly winding road.  Also, there was virtually no traffic; a welcome change.

By the time we got to Vientiane we were exhausted.  We found a guesthouse and some dinner and passed out.  The next morning we were excited to walk as much as possible and set out to visit various sites around town. 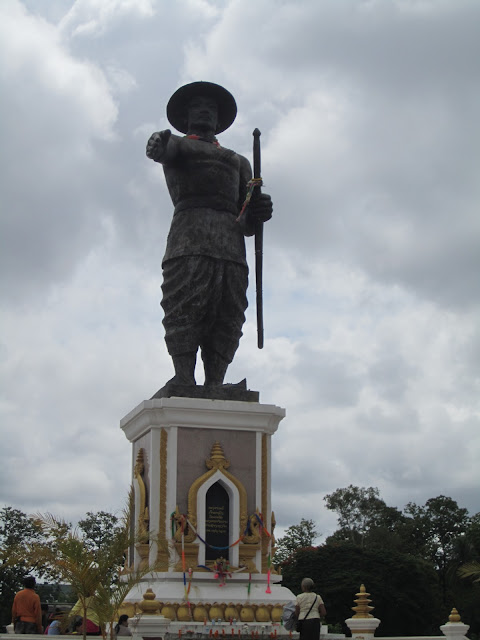 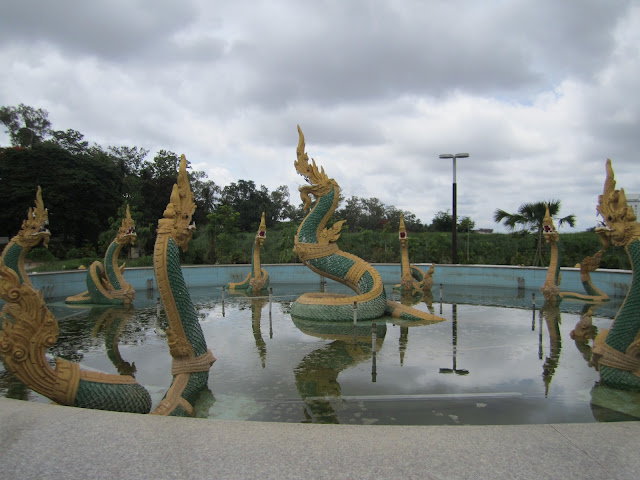 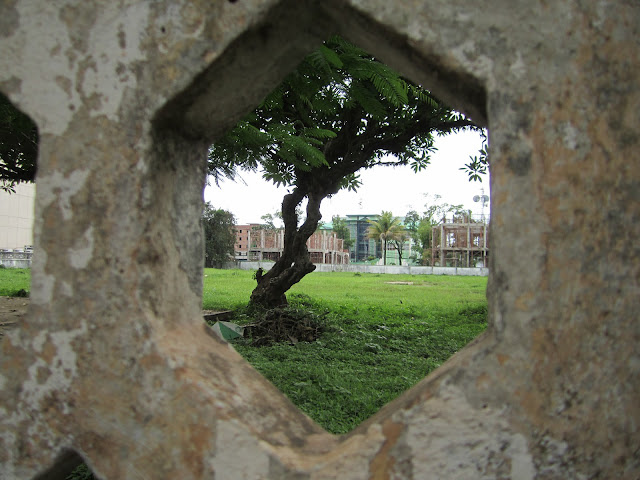 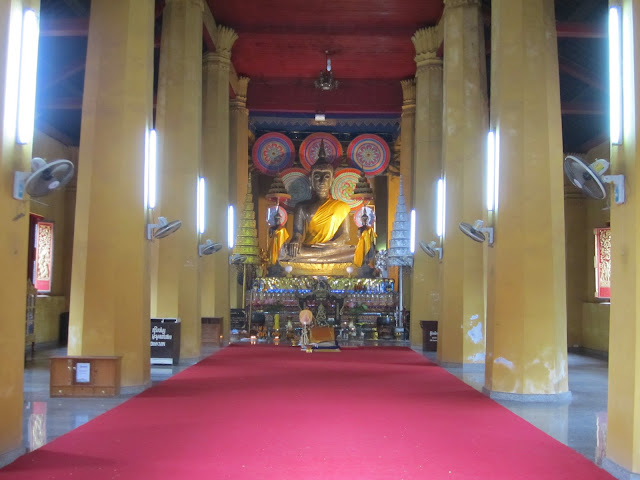 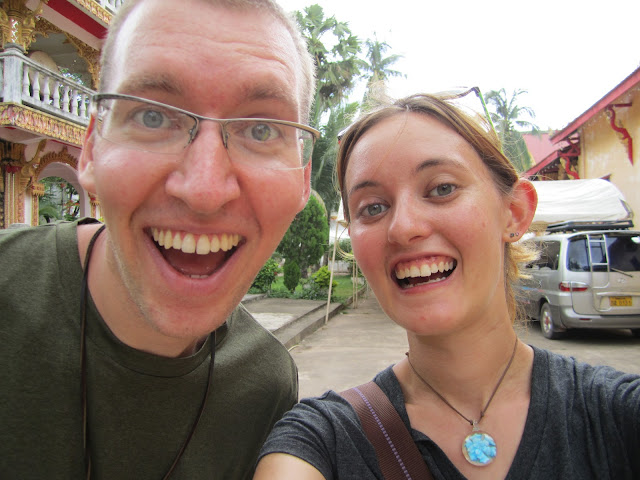 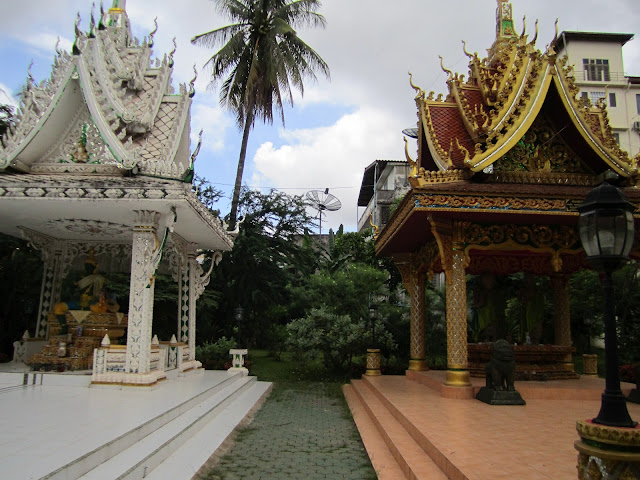 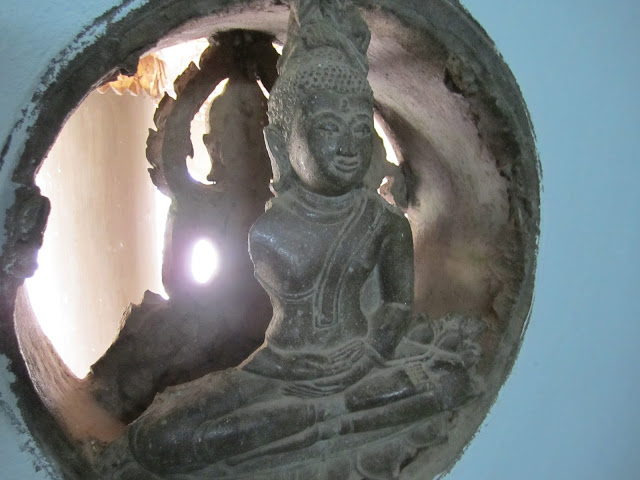 After all that walking, we headed to the local market to see some craft booths and get some dinner. 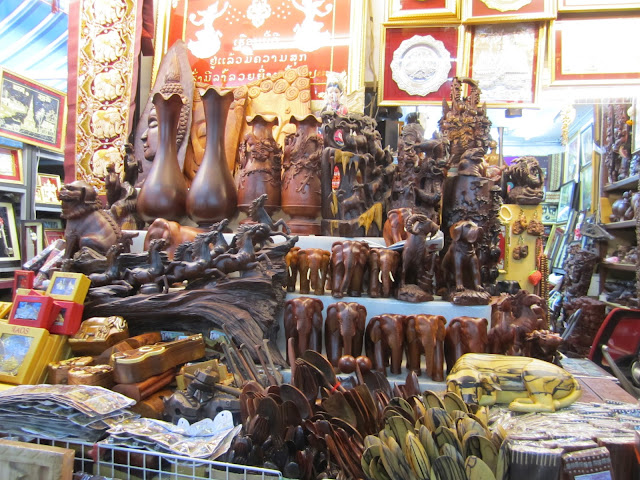 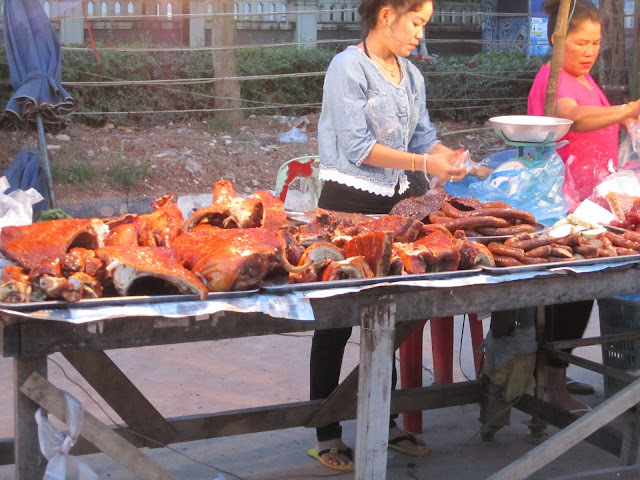 The next day we decided to rent a motobike and visit Buddha Park, which we were told was 26 km away.  What they didn't mention was how bad the road was in spots.  Luckily, after some rough riding and Johanna nearly getting thrown off, we made it.  The park is full of Buddhist and Hindu statues, and many of them were massive. 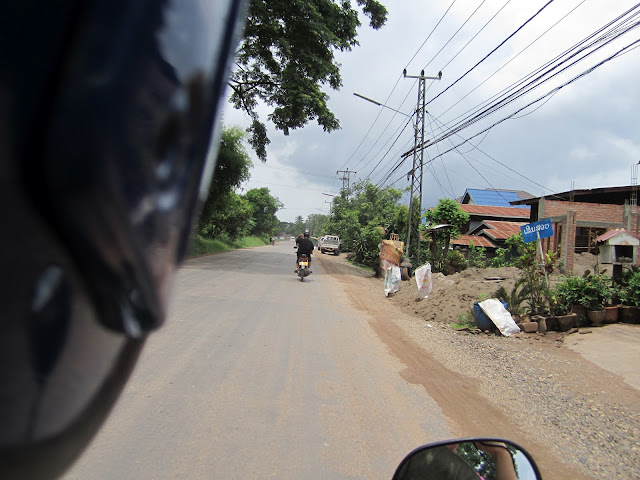 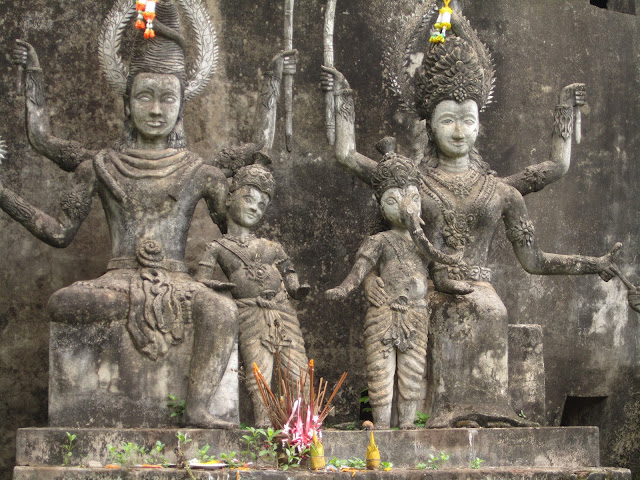 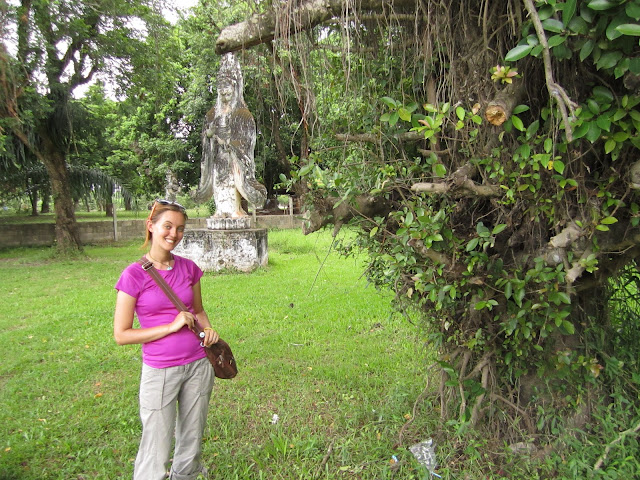 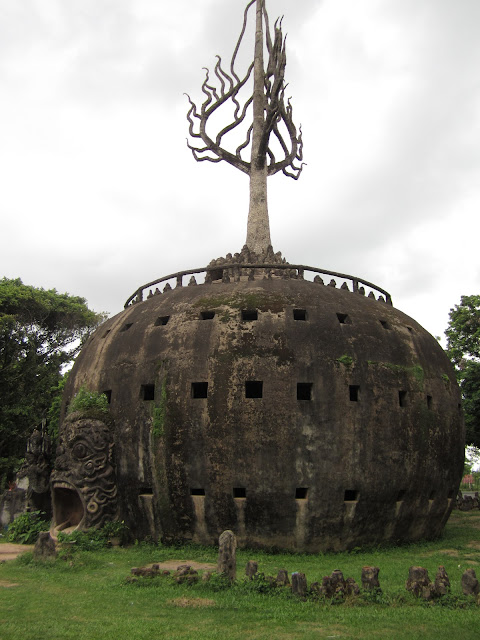 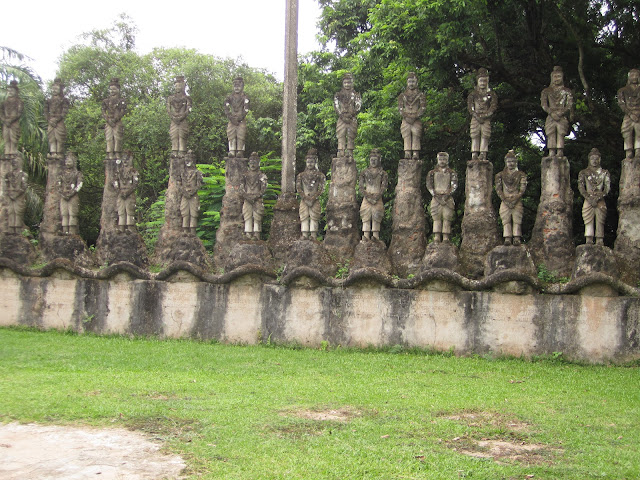 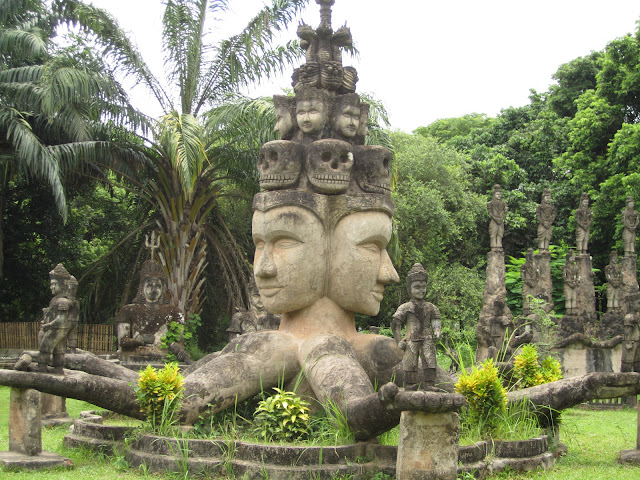 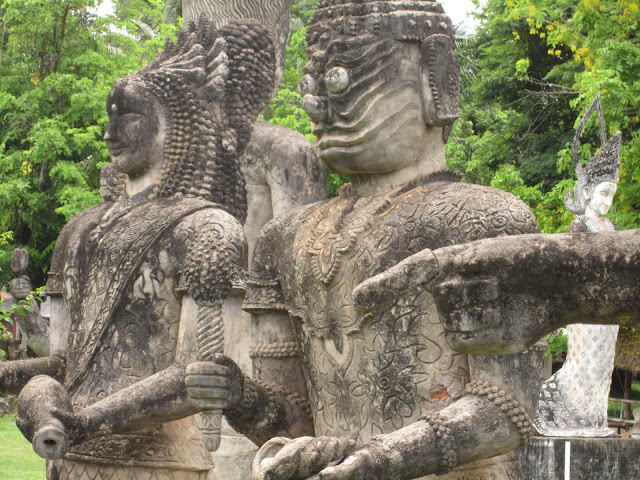 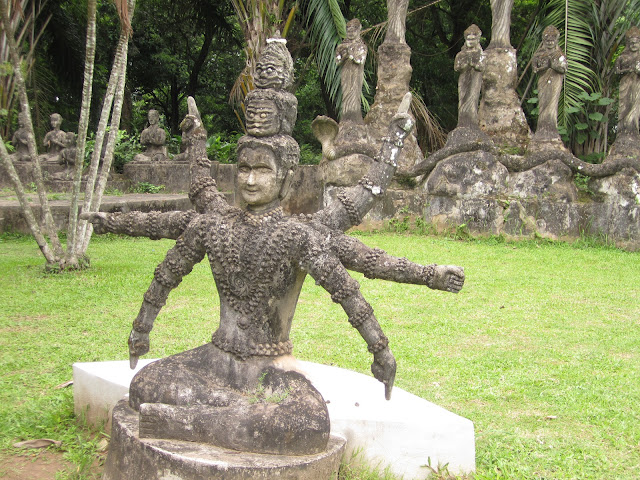 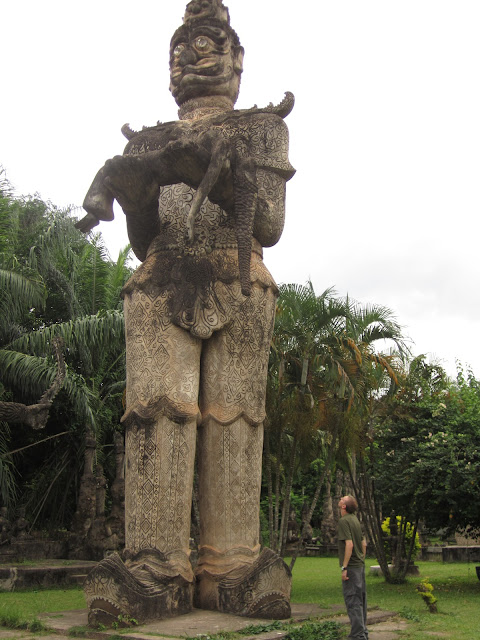 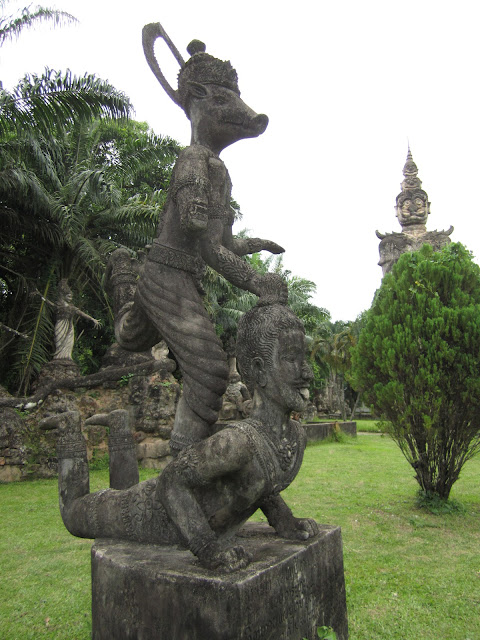 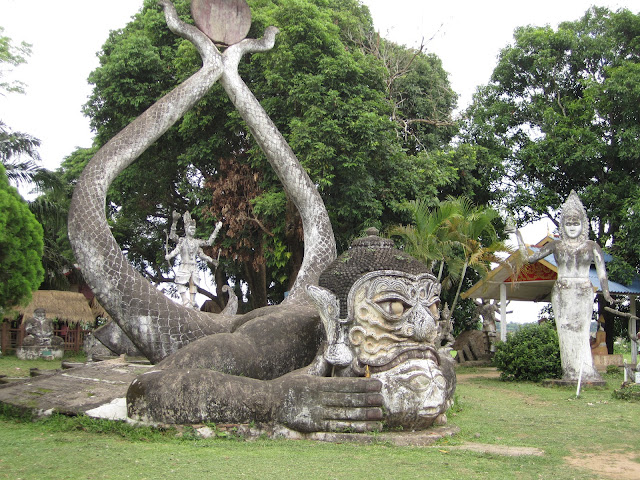 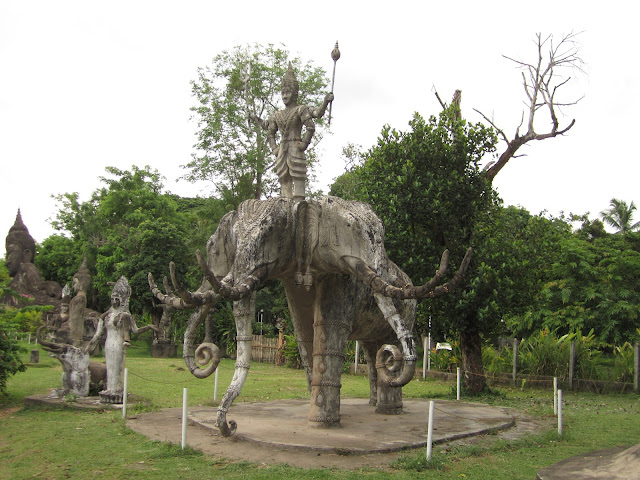 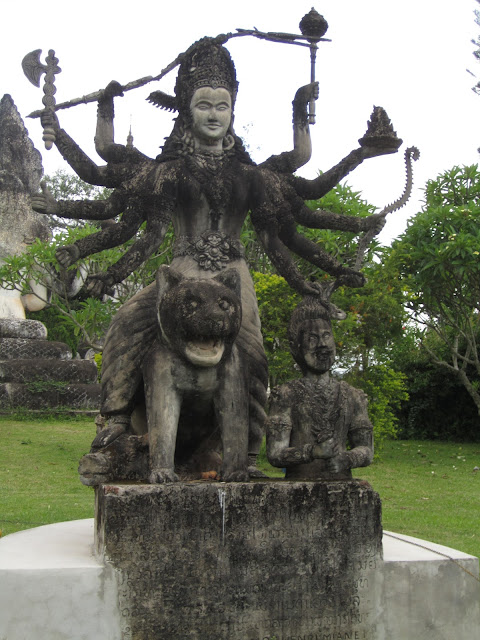 Afterwards we went and had a relaxing night at our guesthouse.  In the morning we are headed to Thakhek and the legendary Konglor cave.  We will try to post again soon, although internet is slow and hard to find here.

He's just jealous that I'm gonna have cooler armor than him.
Posted by The Adventures of Josh and Johanna Bryant at 3:03 AM