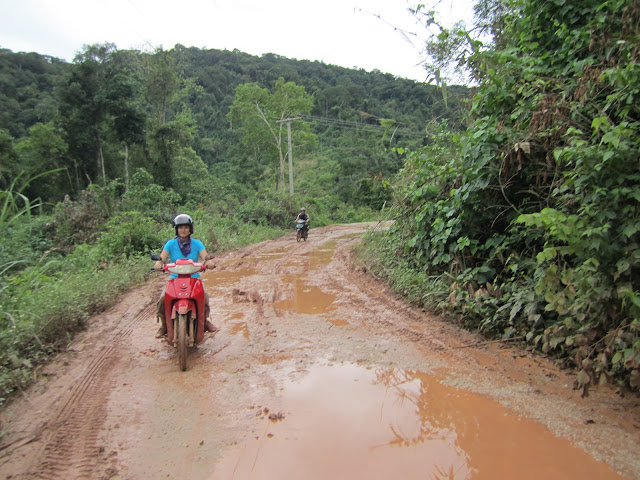 We formed a motobike gang to conquer "the loop".

We arrived in Thakhek around 7 pm and settled in at the Travel Lodge.  Over dinner and Beer Lao we met Steve (NZ) and Shak (UK) and agreed to form a biker gang and head to Konglor cave the next morning.  We all got up early and full of anticipation.  We picked up our motorbikes (110cc monsters!) from Mr. Ku and, despite the fact that none of the gauges worked, we bravely hit the road.

Josh's note: These bikes had gears, and even though she had never tried it before, Johanna jumped on, took a quick test run down the street, and said she could do it.  I'm very proud.

After several hours of riding (184 km), we made it to Konglor Cave by early afternoon.  To get to the parking area we had to drive through a massive mud field and nearly dropped our bikes several times.  After parking our bikes, we paid the boat fees, and went in 2 groups into small, wobbly long boats.  The boats were very narrow, and constantly threatened to tip over.  Our guides loaded motors onto the back and we set off into the pitch black cave. 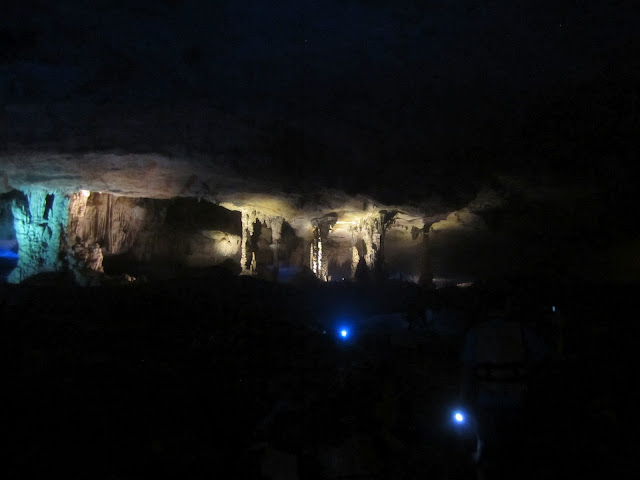 The cave is incredibly dark, and massive (100 meters tall in some places).  It's 7.5 km from one opening to the other, and is navigated by headlamps and the guides memory... 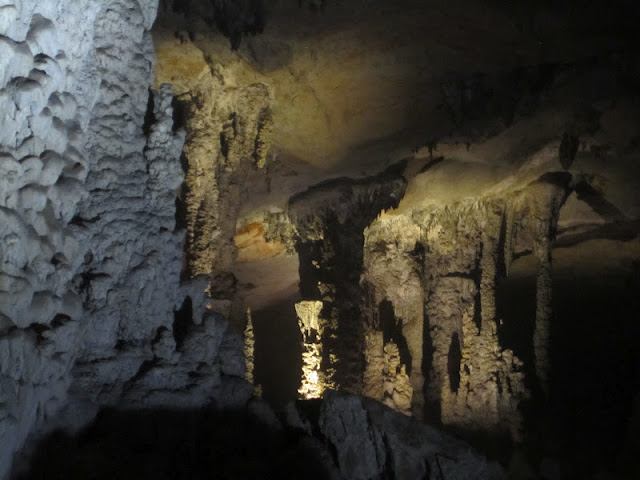 A few kilometers in, we stopped at a small bank and were ushered out.  We climbed a small staircase as the guide flipped some switches in the wall, and lights began appearing all over the cave.  We walked through and saw some amazing stalagtites and stalagmites.  After making it through this section, we got back on the boat and continued into the dark.  Soon we came out into an amazingly lush jungle.  After a small break we went back through the cave and took our bikes 1 km down the road to the small Konglor village.

The next morning we sadly lost a member of the gang, as Shak had plans to continue North.  We set off with Steve to keep riding and complete the infamous "loop", a 440 km ride through the mountains of central Laos.  Many locals warned us not to do it as it's rainy season, and they told us a large part of the road was too dangerous.  But, like any good adventurers, we laugh in the face of danger.

We rode for 100 km through steep mountain passes shrouded in fog until we arrived at the two street town of Lak Sao.  After a quick lunch we took the time to hand out toys to local children and refuel our bikes, and began the treacherous part of the journey.  Shortly after leaving Lak Sao, the road became dirt.  After a few kilometers we encountered our first mud patch.  We watched locals struggle through it, but we somehow did ok.  We figured if that was the worst, we were fine.  Unfortunately it wasn't.

After we passed several tiny villages, we reached the base of the mountain.  The road in front of us shot up at a steep incline, the entire thing covered in slick mud and deep, sludge filled puddles of indeterminate depth.  It was a tough, slow climb as even the slightest miscalculation of the throttle would send the back tire spinning out from under us.  We all dropped our bikes several times, but it didn't matter, as Mr. Ku didn't exactly give us new ones (and we paid for insurance - more on that soon).  Despite the difficulty, we were passed going up the hill by a local who had a dog in his lap.  Before we had made it halfway he passed us on his return trip.  He and the dog somehow had no mud on them.

At one point Josh stopped to take a photo and Johanna turned her bike off.  It wouldn't start again.  We swapped bikes and Josh coasted and pushed it to where Steve was waiting down the road.  With Steve's help, we figured out that the starter had died, but we could still kickstart it.  Eventually after three hours we made it through the 40 kilometers to a gravel road, and then it was an easy cruise to a small village. 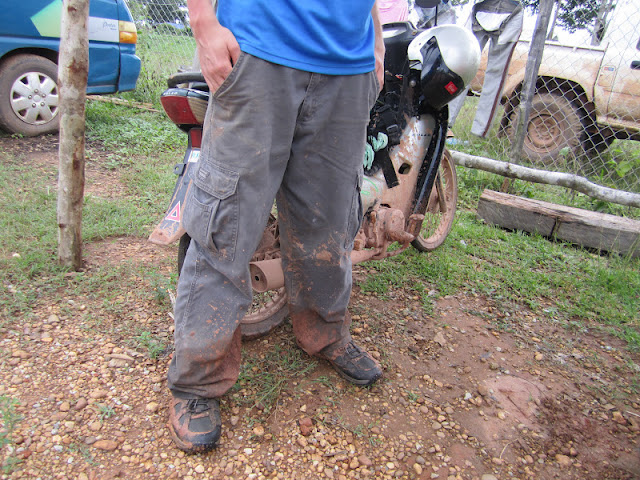 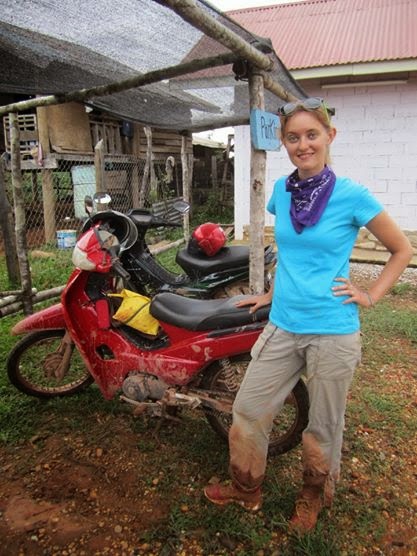 We stayed at the amazingly hospitable Sabaidee guesthouse, and got drunk on LaoLao (rice whiskey) with a few other intrepid motobikers (Dan - UK, Francesco - Italy, Jeff and Lisa - Alaska) who had also been on the loop.  The next day we took a nice ride back to Thakhek, the only problems being when Johanna's mirror flew off while she was riding, and Josh's bike ran out of gas (Steve to the rescue again).  We got back to the Travel Lodge and promptly passed out. 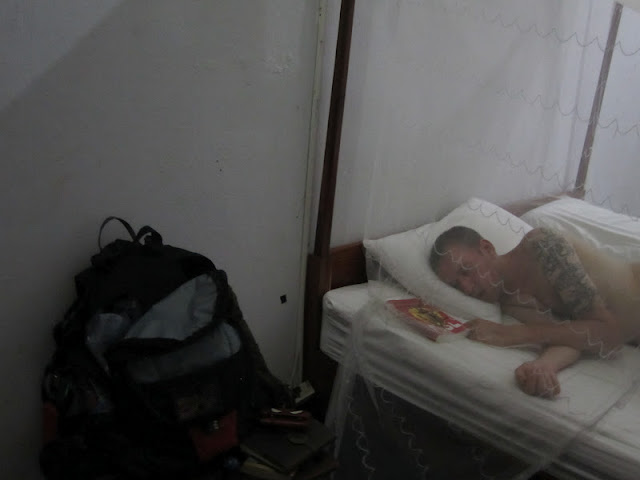 It was an amazing ride, and has easily been one of the highlights of our trip.  Our next stop is Pakse/Champasek - which should have some amazing ruins.  We'll try to post again soon.

The only way out is through.