We head to the beach for some much needed relaxing in the sun.

After the chaos that was the city of Phnom Penh, we were excited to do some relaxing at the beach.  We took a 5 hour ride to Sihanoukville (on the southern coast of Cambodia) and found a great guest house for $5 a night, which really helps us stay under budget.  We were just across the street from the beach, and after visiting the first day and frying under the intense sun, we discovered it was best to go in the evening as the sun sets.  We managed to do some exploring around the small town though.

We found a place to rent an actual motorcycle for only $4 a day, and took off to hit the multitude of beaches around town. 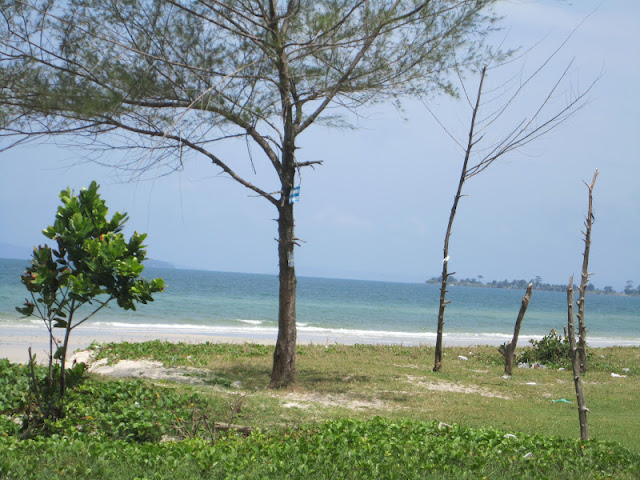 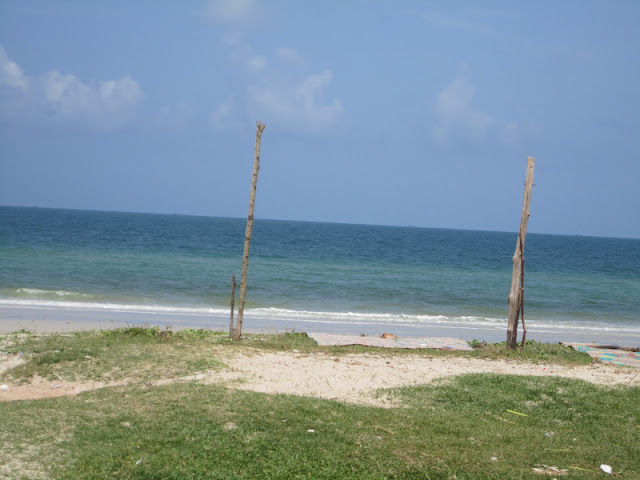 While having dinner on the beach, an old man from Alaska started talking to us about his conspiracy theories regarding McDonald's fries and the salt companies (seriously!).  He then introduced us to his new wife as we were backing away.  He had apparently just purchased her the previous day.  She was a local girl, about 20 years old, and spoke no English.  He informed us that this was the best place to find them, and sure enough, we started noticing TONS of dirty old men with really young local women.  We spent the rest of the week relaxing on the beach, and doing our best to avoid nasty old men. 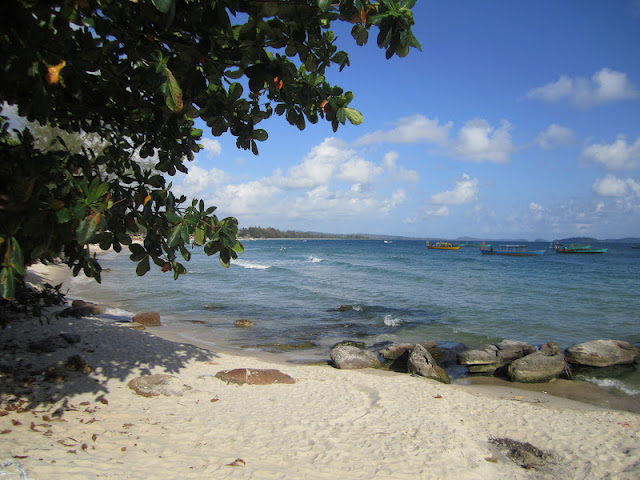 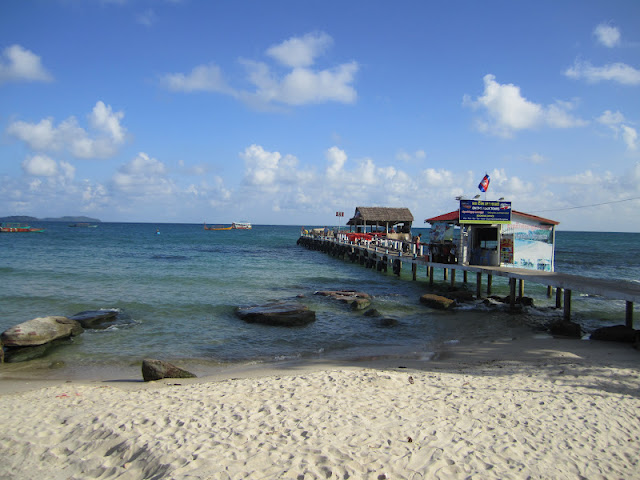 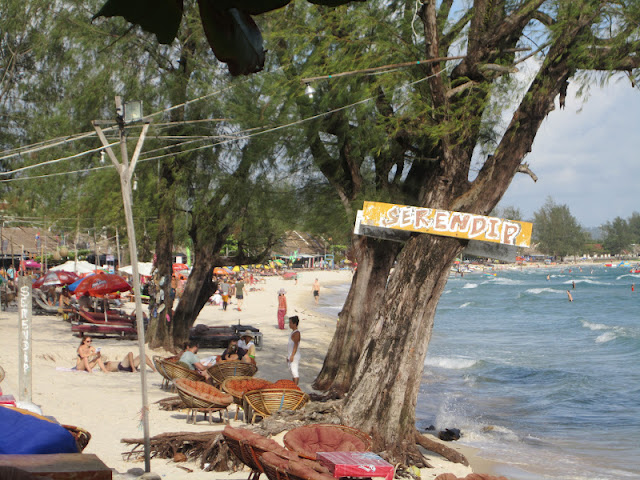 Overall Sihanoukville was great, but we're headed to the chaos of Bangkok, Thailand next.