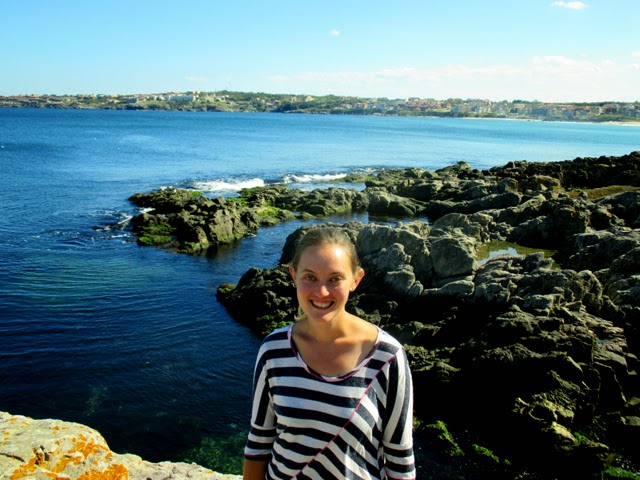 After a few days wandering Brasov it was time to head to our next workaway in Lomtsi, Bulgaria.

As always, getting to our next workaway was a little complicated. We took a train to Bucharest, another train to bordertown Ruse, and then a bus to Razgrad, Bulgaria. Our host Tracey picked us up around 8pm and after our long day of traveling we were exhausted. 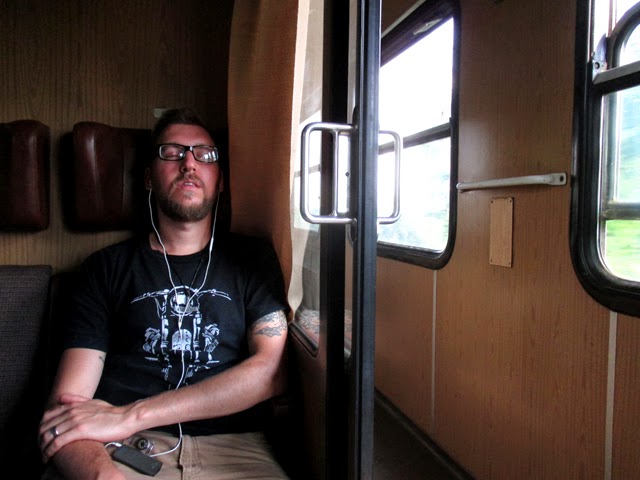 The next day we got to work baling hay. There was a lot to bale. 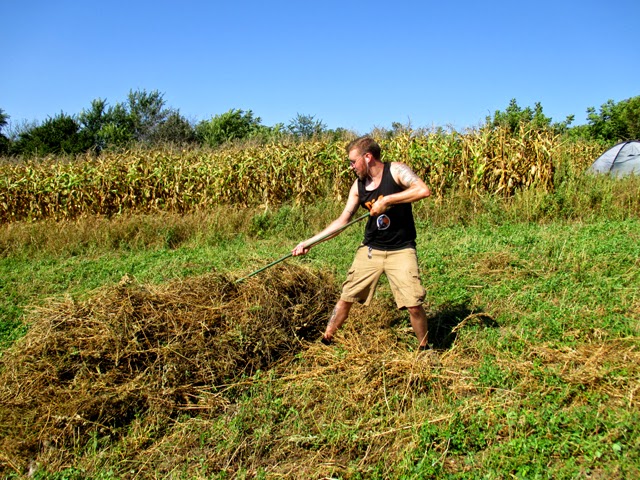 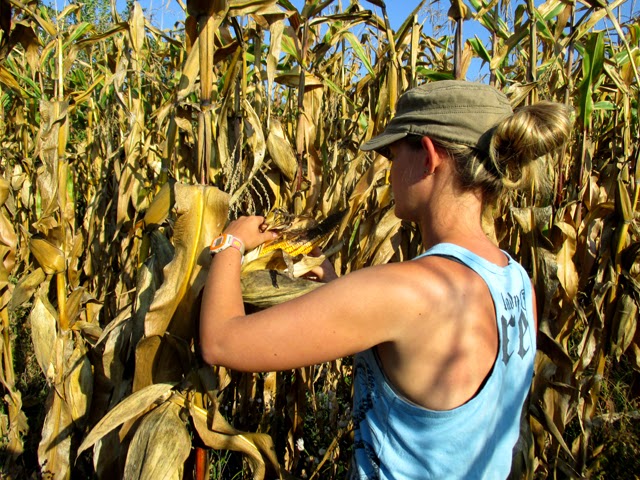 We worked hard, and got very dirty. Due to the fact that our hosts house had burned down in June, it was still under construction when we arrived. This meant water and bathing options were limited.

In our downtime we wandered the tiny town of Lomsti and played with the many kittens and cats that Paul and Tracey had living with them. 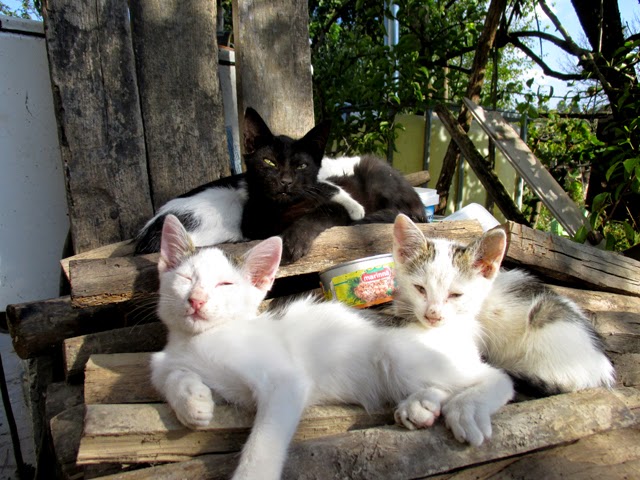 We especially liked the tiny kitten named Davros (I'm not sure about the spelling) and we affectionately called him "Runtface."

Unfortunately, little Runtface was too good for this world and sadly passed away a few days after we arrived. :(

After a week in Lomtsi we decided to move on and get some sun in the coastal town of Sozopol. We caught a minibus from Razgrad to Burgas and then another bus to Sozopol's bus station. We found our $13/night apartment and prepared to relax.

For the next couple of weeks we wandered Sozopol, enjoying the beach and Bulgarian food. It was especially nice since we had arrived right at the end of the season - everything was on sale and the town was mostly empty. Soon though all the shops started to close for the winter and we knew it was time to head south for the winter. 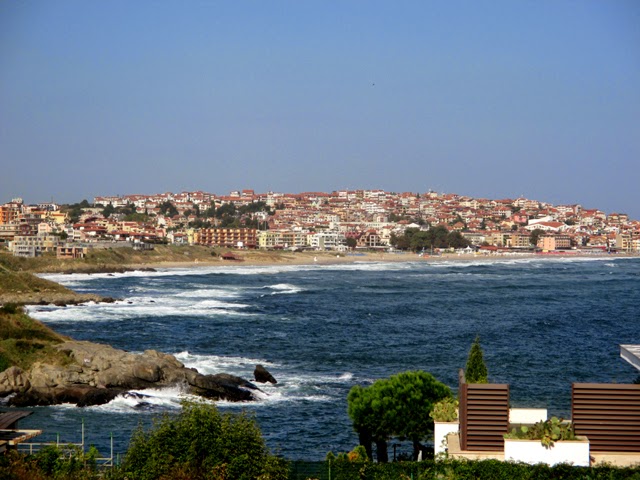 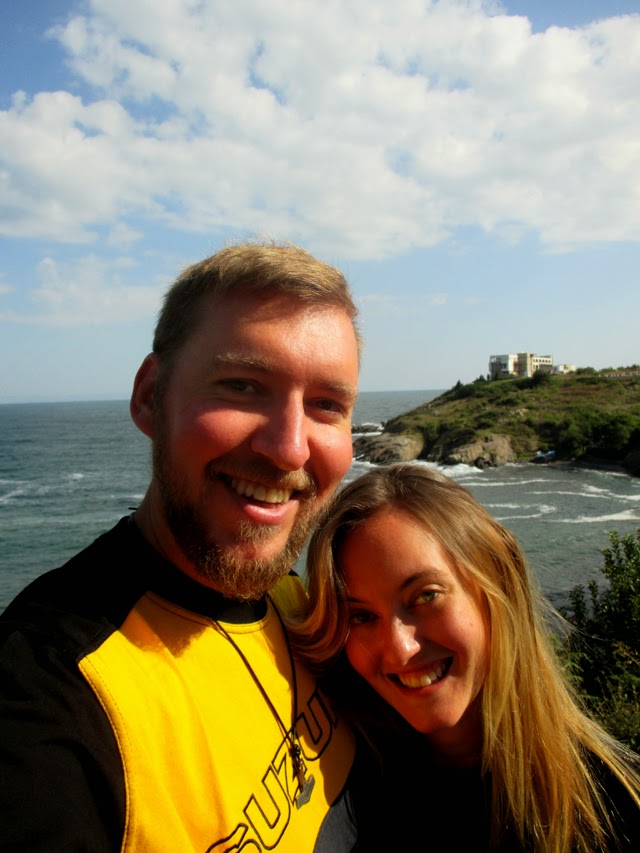 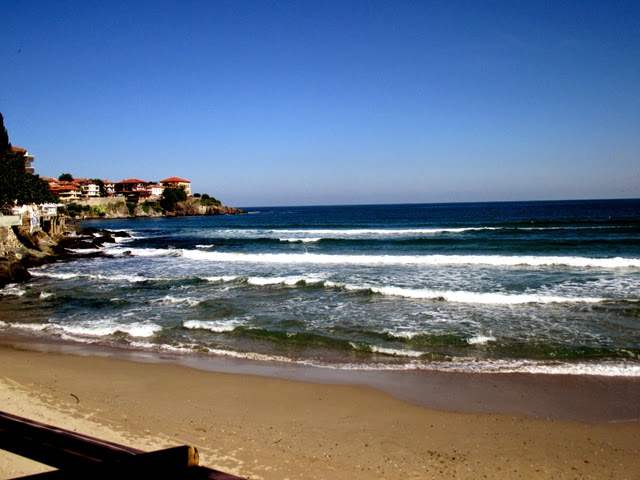 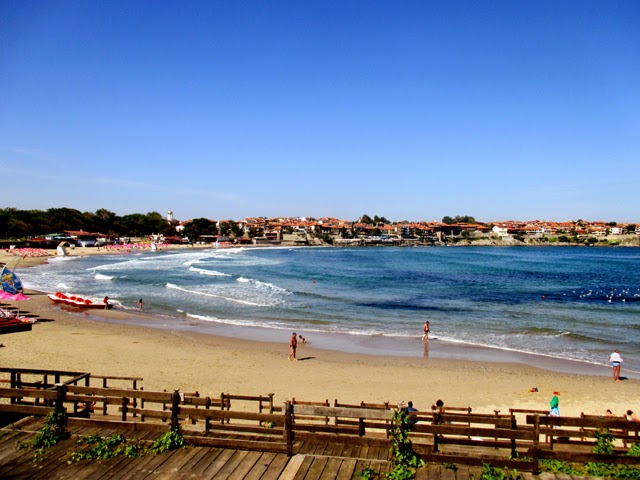 Bulgaria and especially Sozopol were lovely, and we had some semi-joking conversations about retiring there. Check out the video below of our travels during September:

Stay tuned for our next blog post about Selimiye, Marmaris, Turkey!
Posted by JB at 6:34 AM