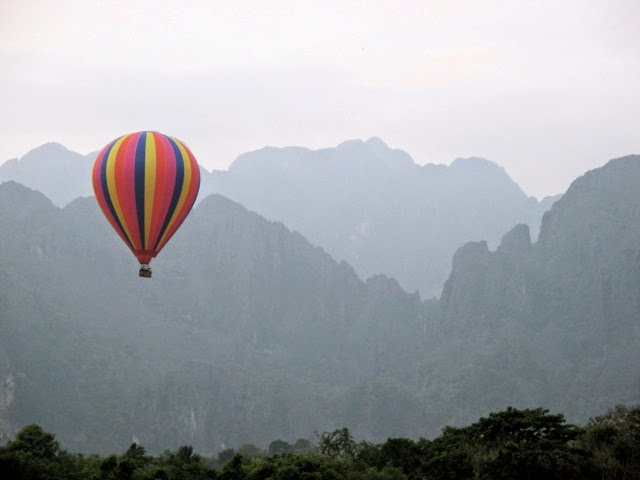 We spent the holidays hanging out in the most laid back place on Earth, Vang Vieng.


We arrived in Vientiane to discover that we had already done everything there was to do the last time we were there in 2012, so after a couple days we moved north to Vang Vieng, which was exciting because it was a part of Laos we had never been to before. 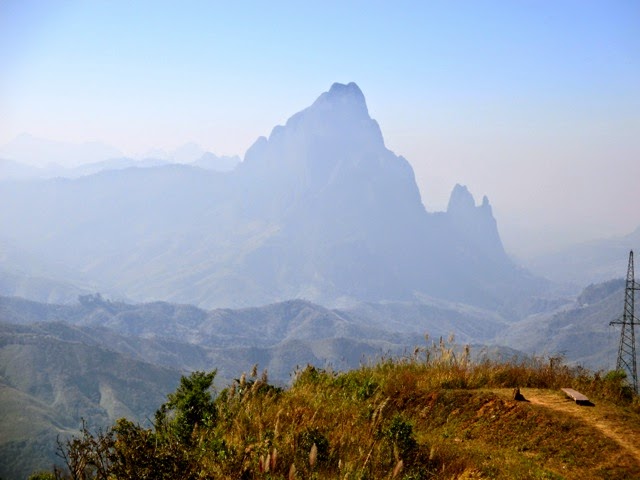 After a few hours of winding roads we arrived in the small riverside town, just in time for Christmas. Surprisingly, it seems that all of South East Asia celebrates this holiday. We’ve been seeing holiday decorations and Christmas trees since we arrived in the region in November. I’m not sure if it’s because of the influx of Western tourists during this time, or simply because the locals really like the gold and celebratory aspect of the holiday. It’s a little weird to see Santa costumes and depictions of reindeer in a place that is religiously Buddhist/Hindu, never snows, and rarely gets temperatures below 20 degrees celsius. 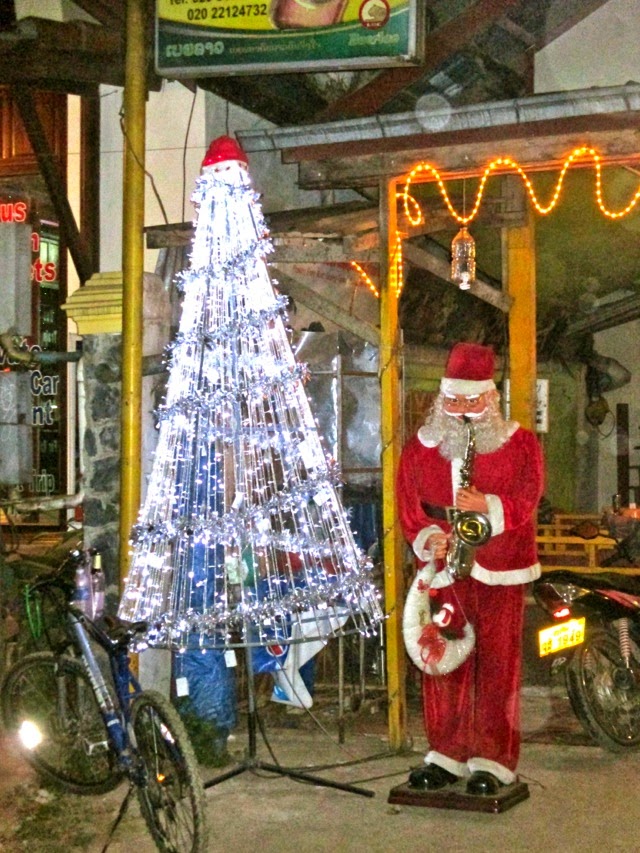 Nonetheless, we enjoyed our holiday - and even met other Americans! A rare occurrence for us. 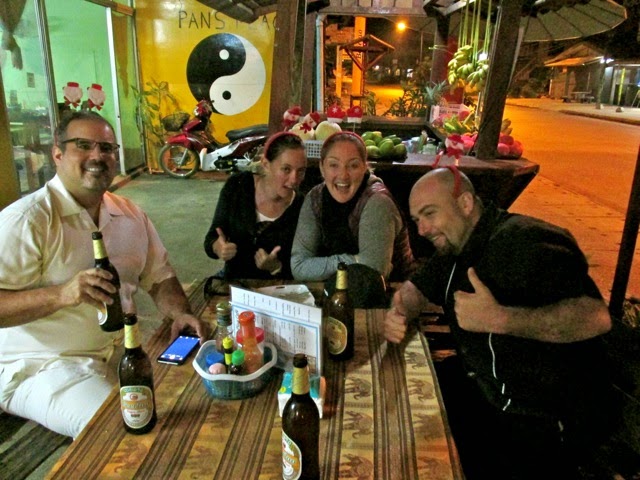 We hiked in the mountains and explored a cave. 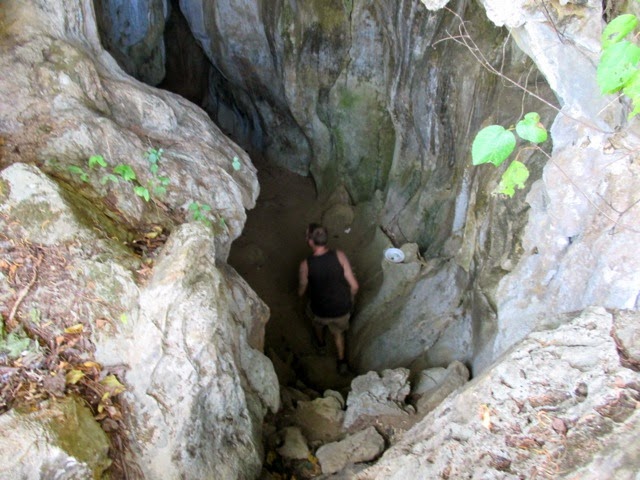 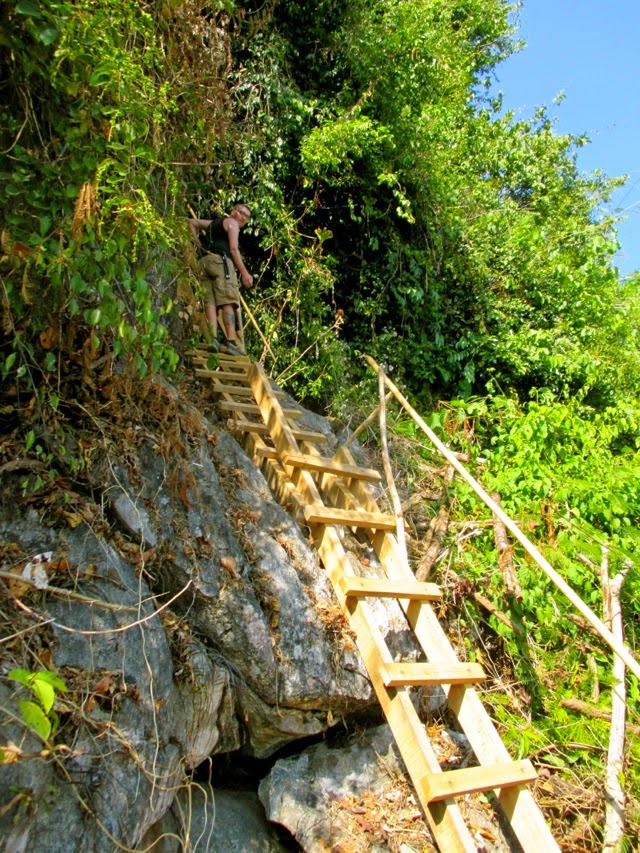 Sampled the “best” burger in Laos at the Kangaroo Bar. 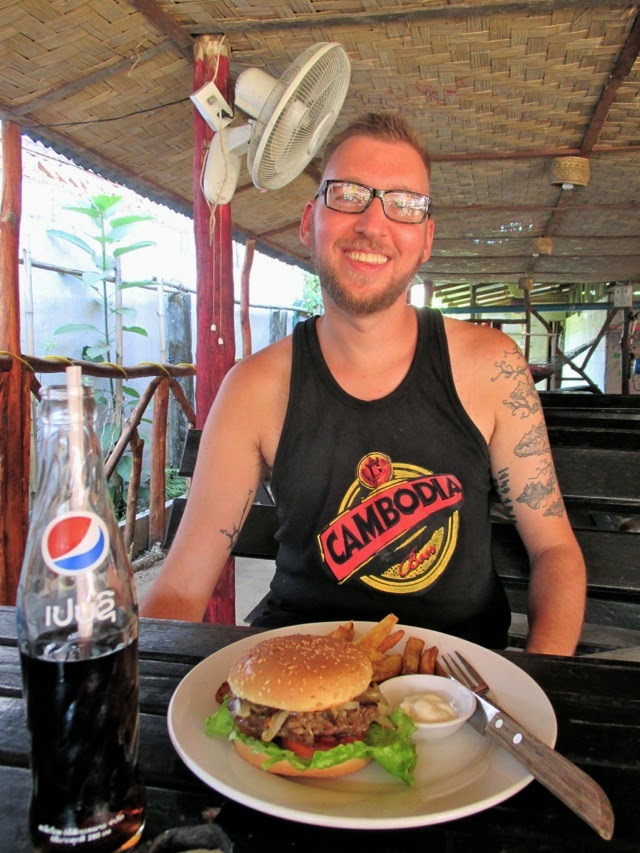 Made KiLaos - named by me - Kiwi juice and the local rice whiskey, LaoLao. 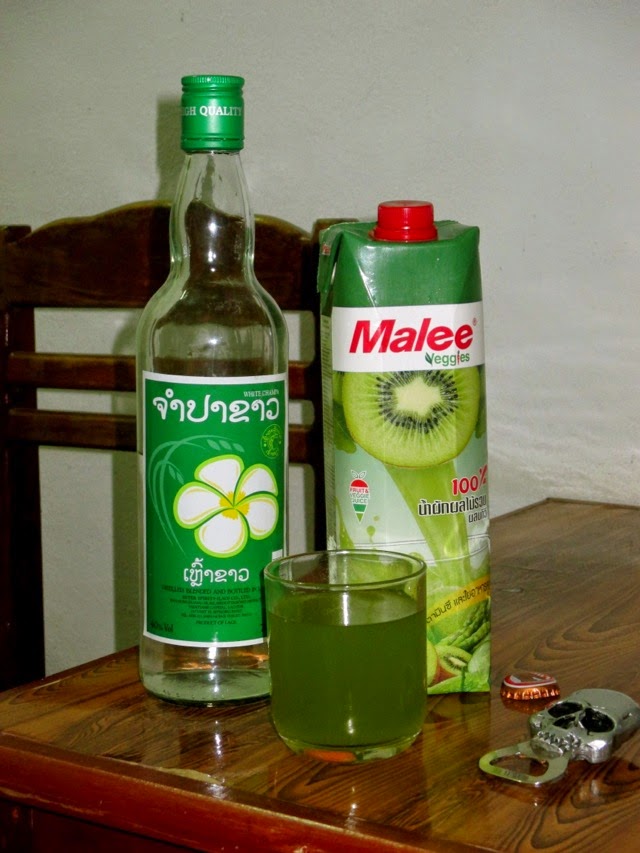 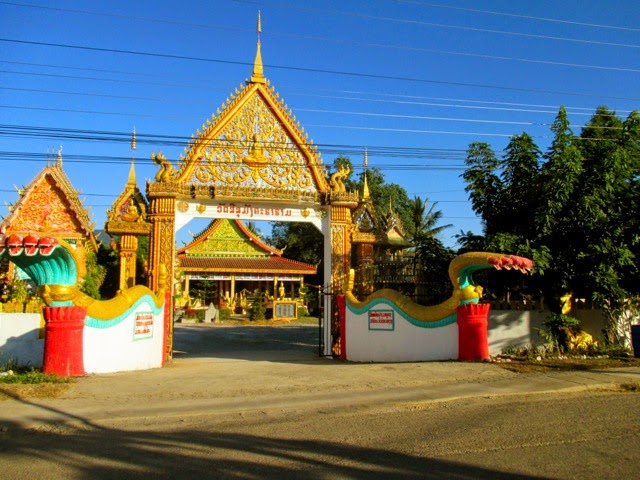 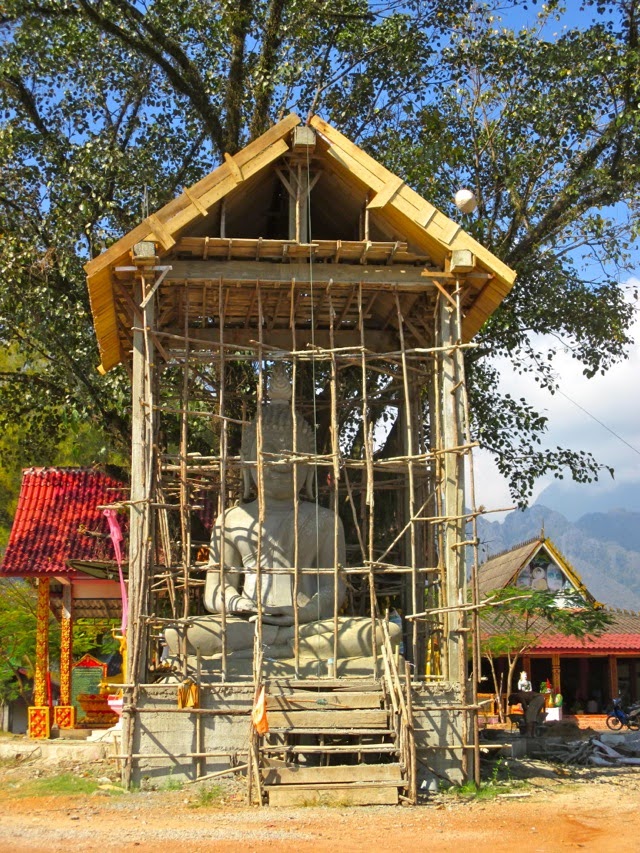 Cuddled sleepy kitties who hang out in Mexican restaurants. 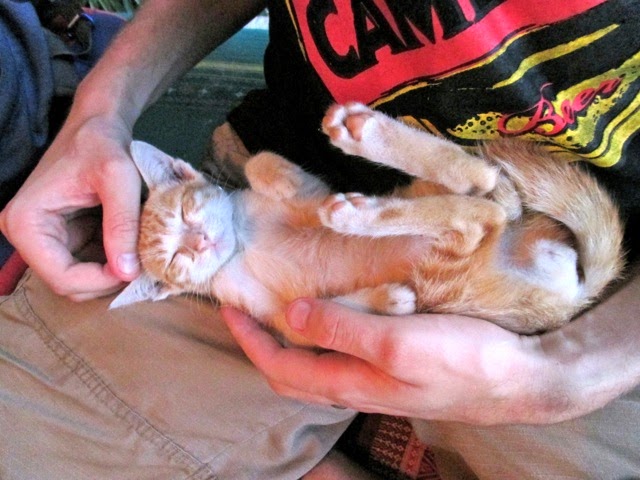 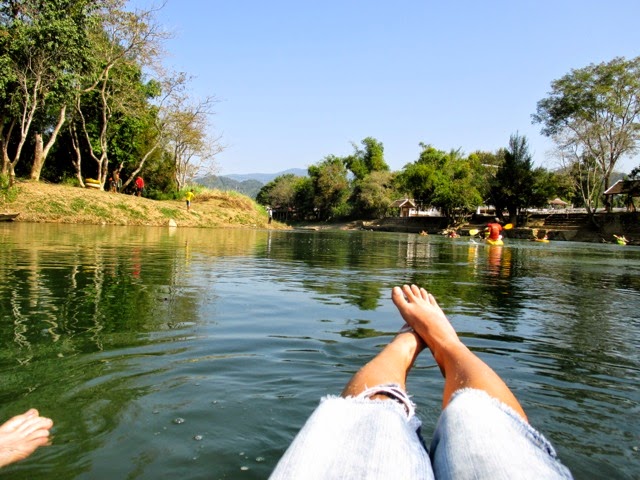 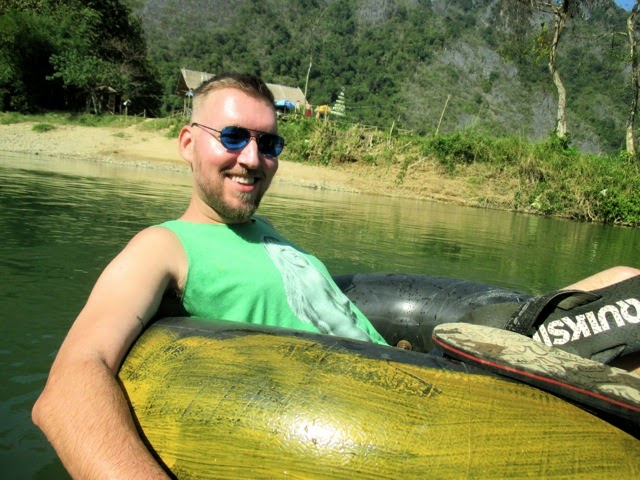 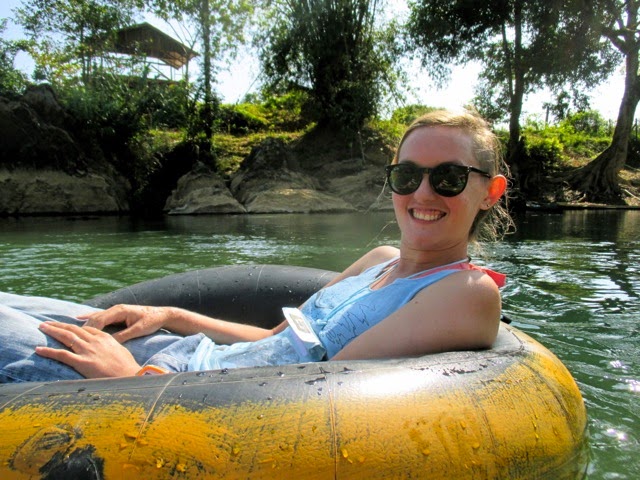 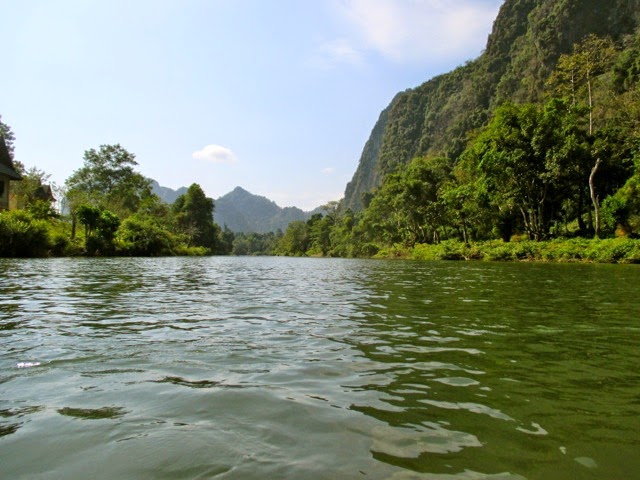 Went and saw the Yui waterfall, which was a bit of a let down after the amazing ones we saw on the Bolaven Plateau. But the 6km walk through the countryside was nice. 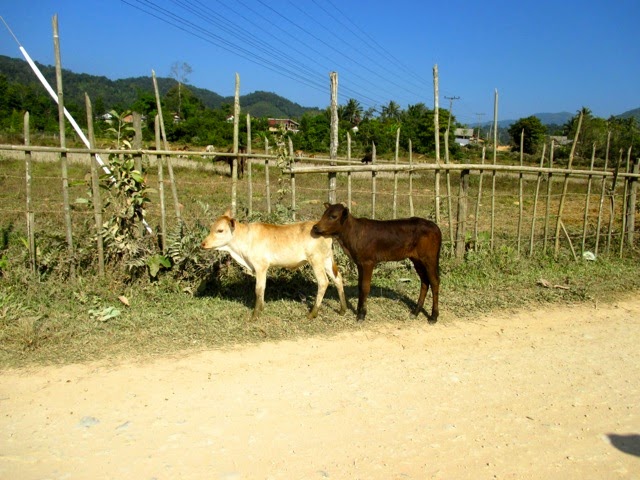 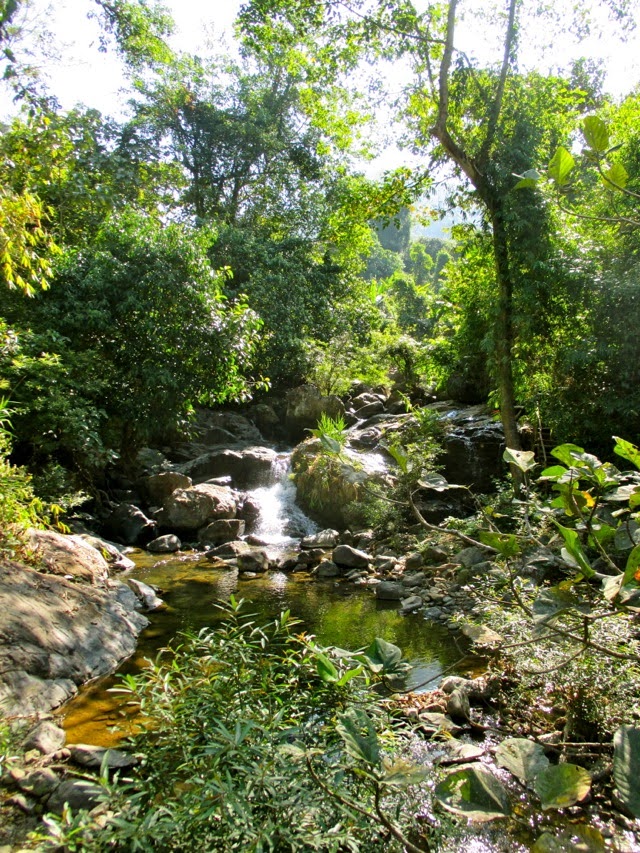 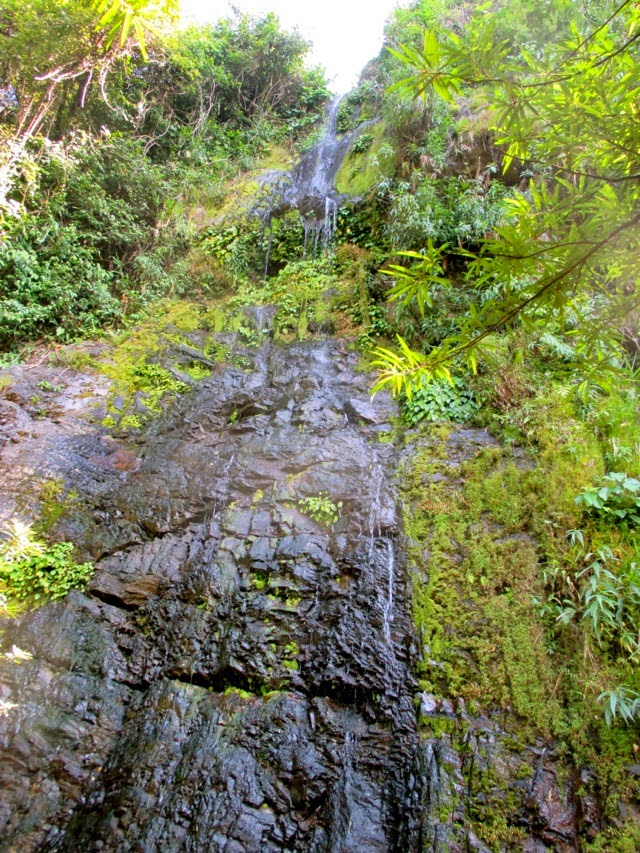 And watched a lot of amazing sunsets. 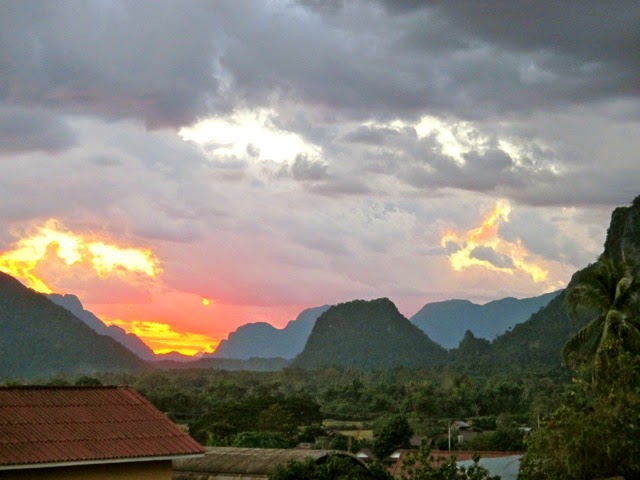 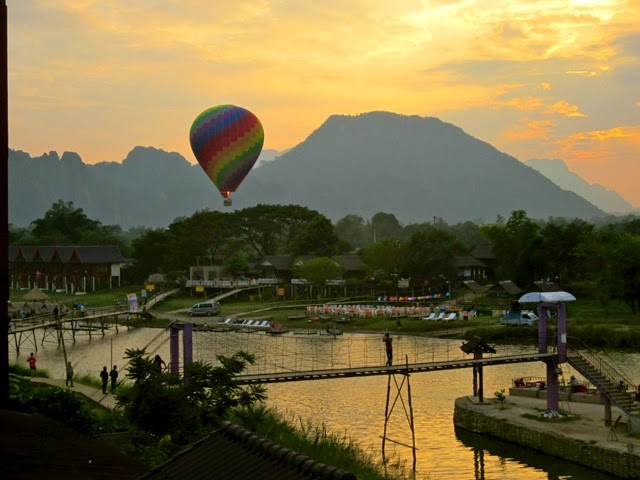 Merry Christmas and Happy New Year! We are headed next to Luang Prabang, Laos. Please check back soon for our next post! 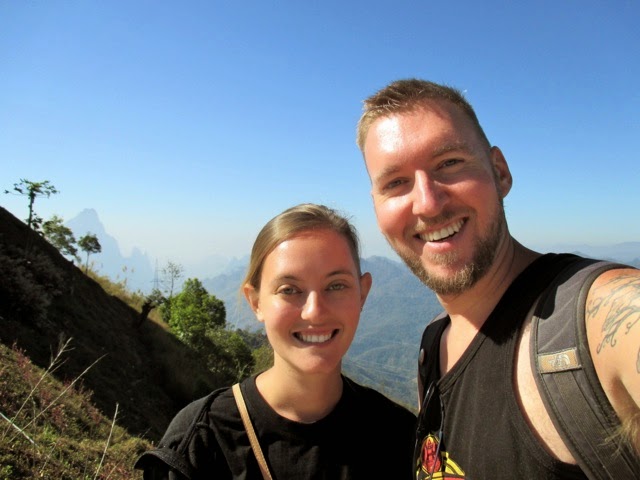 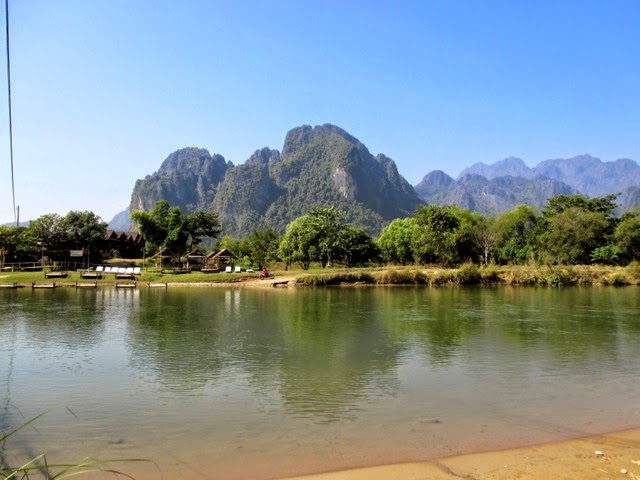 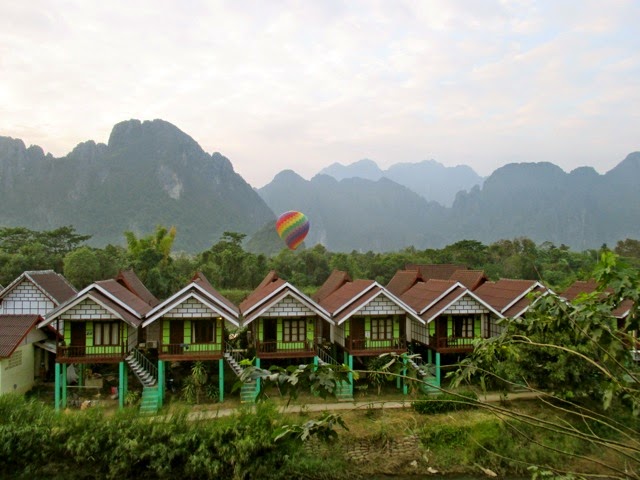 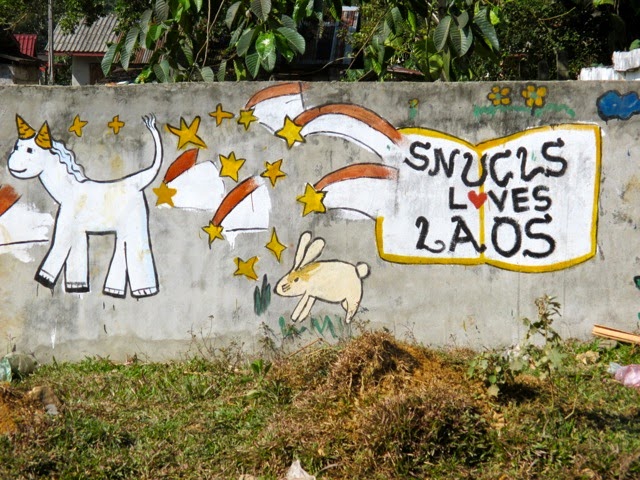