Siem Reap, Cambodia and the temples of Angkor 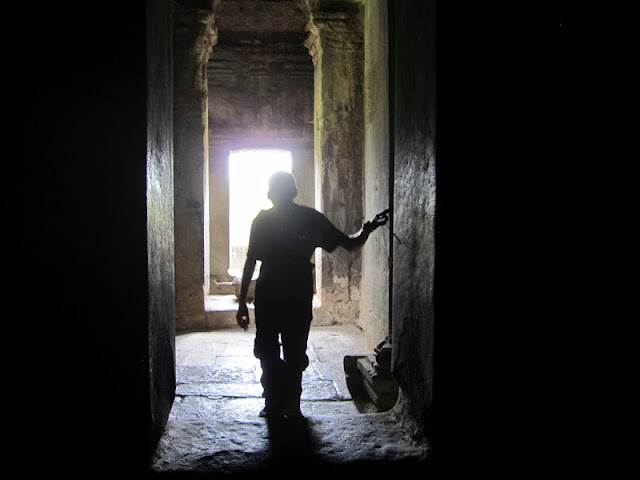 We explore the largest temple complex in the world.


We left Don Det early in the morning, and it took several hours to reach the border.  After the tedious crossing at the Laos/Cambodia border, we had our bus threaten to leave us in the middle of nowhere unless we paid more, but we finally made it Kratie.  There wasn't much to do in Kratie, and the power was out in town most of the day, apparently because they "borrow" it from Vietnam on certain days of the week.  We left the next day and made our way to Siem Reap.  After another long day on the bus we arrived and managed to check out part of the town before we passed out from exhaustion.


The next day we headed to Angkor Wat, which is only a few kilometers outside of town.  Once we bought our tickets, ($40 each for 3 day passes) we walked 2 km to the secondary entrance.  Then another 2 to the first temple section.  When we arrived, the security guard refused to believe we had walked there.  Apparently that's not supposed to be done, and in retrospect we were the only people doing it.  Oops.  Eventually he relented and let us through, and we set off to explore some temples. 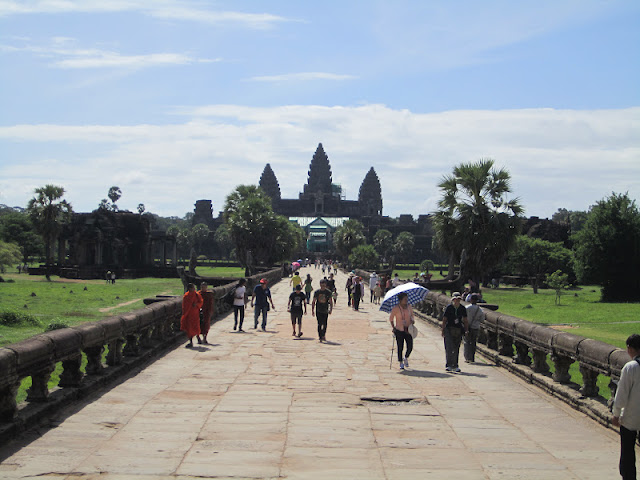 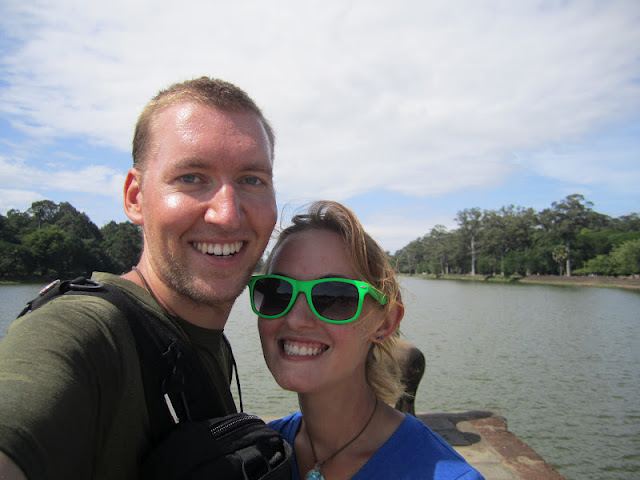 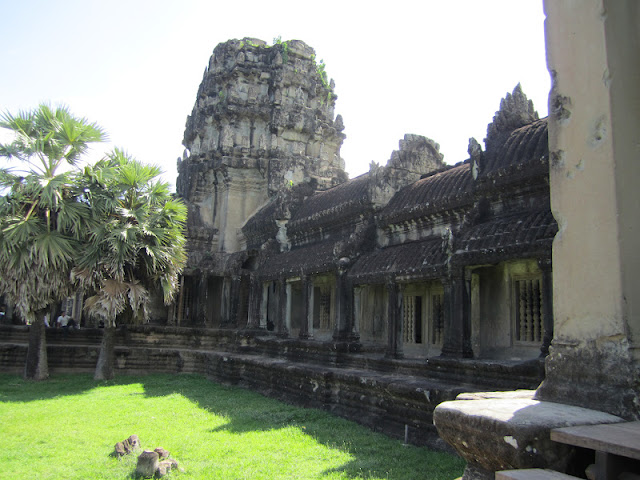 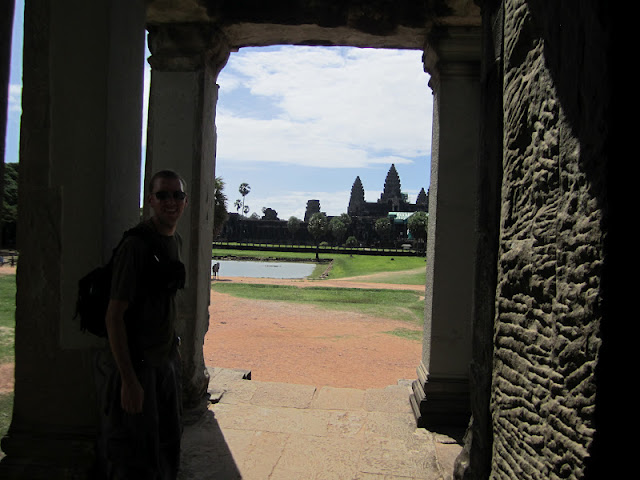 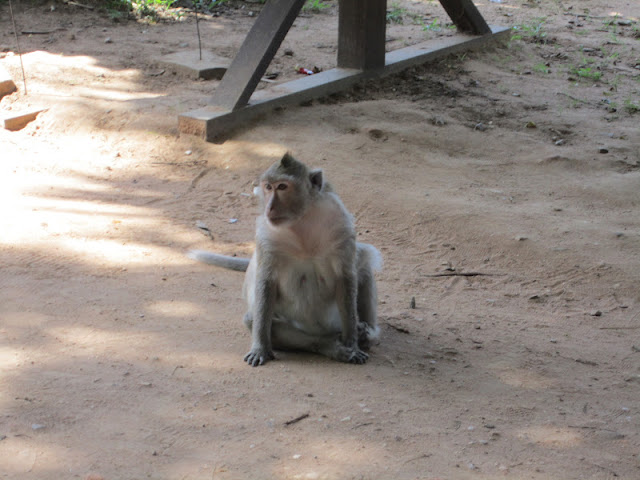 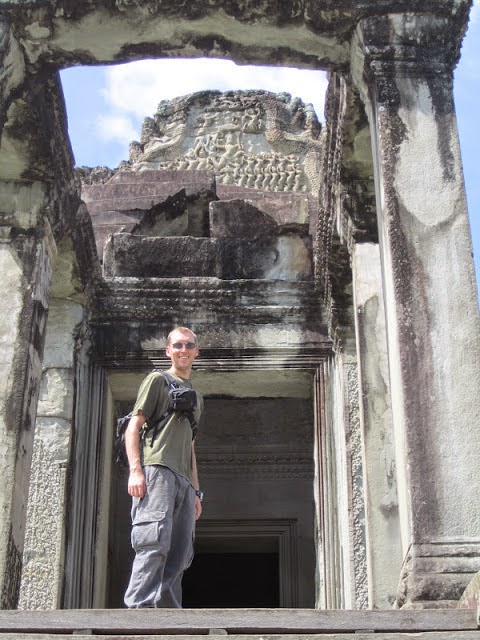 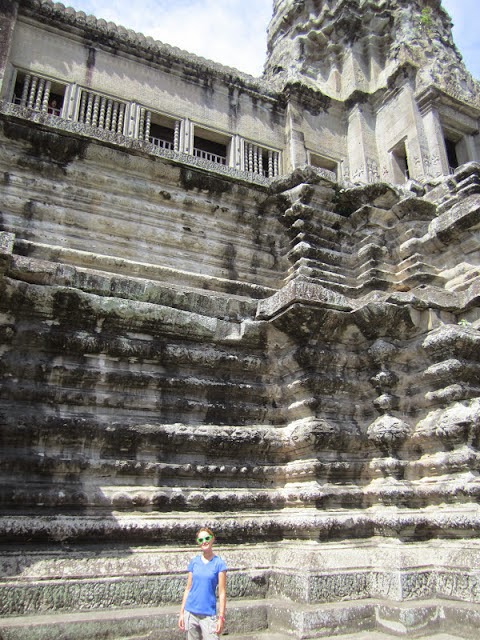 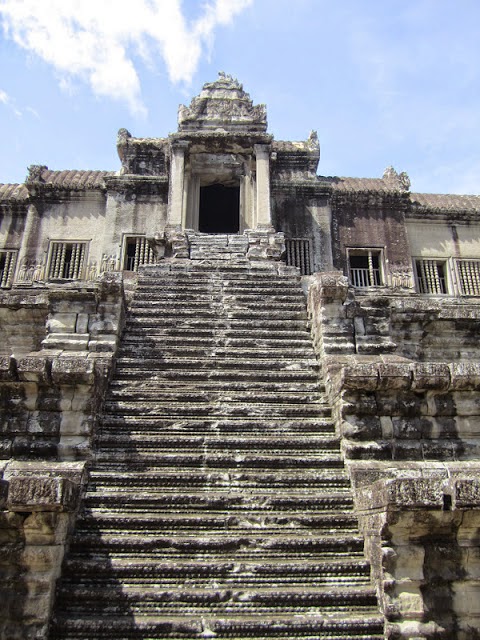 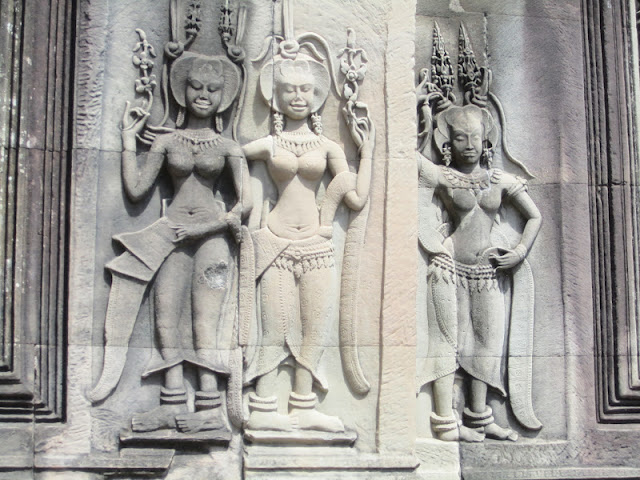 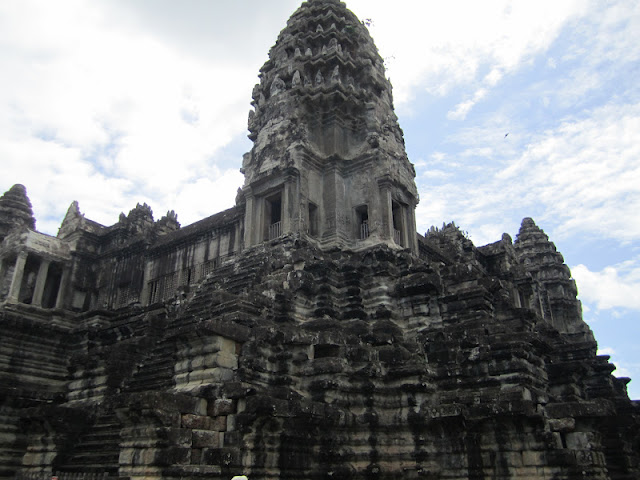 Angkor Wat was amazing.  The scale of it was staggering, and took us 2 hours just to walk through it.  There were numerous temples and ancient structures that are still well preserved to this day.  After exploring for a few hours, we walked on to the ancient city of Angkor Thom.  On the way we found several structures hidden off the road that everyone zipping by in their tuk tuks missed. 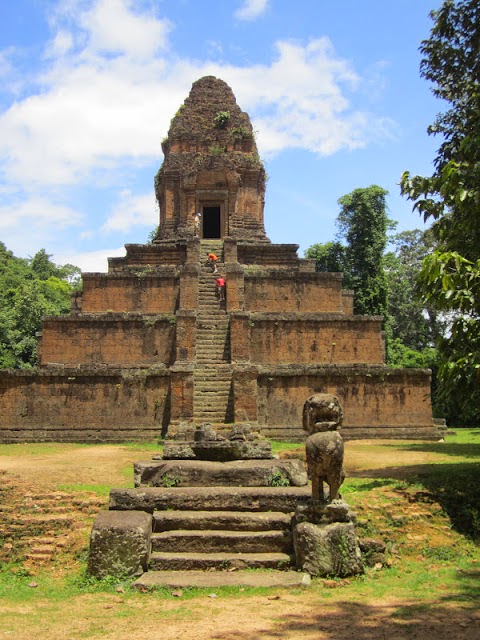 Inside the city we found a map of recommended paths, but there weren't really any guidelines, so we just made our own path, and saw the Bayon, Elephant Terrace, and Leper King's Terrace, among others. 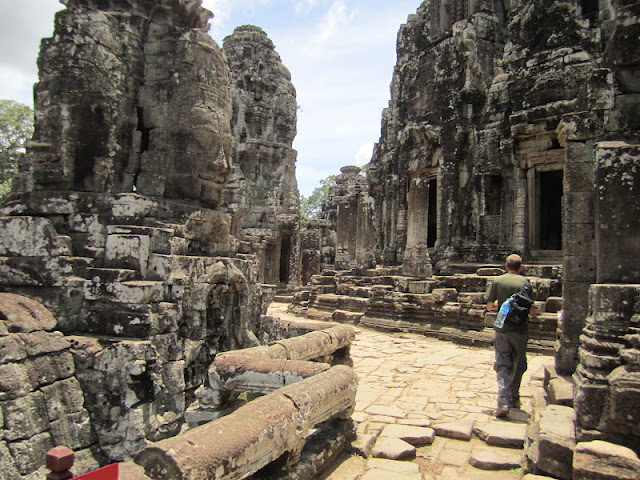 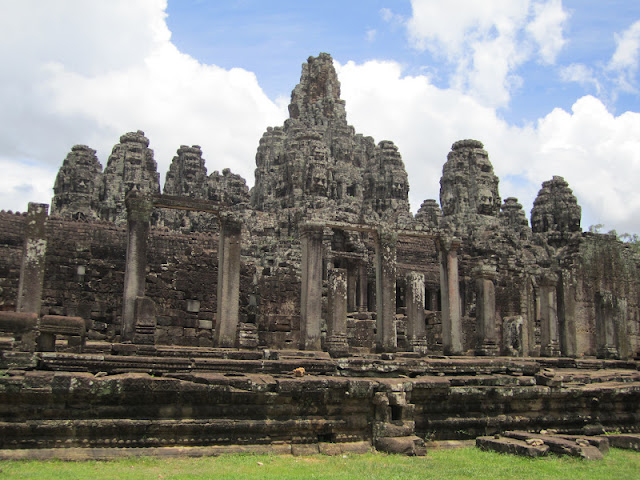 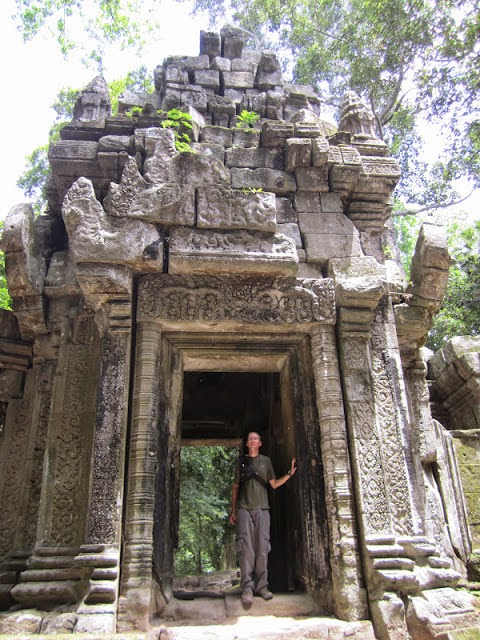 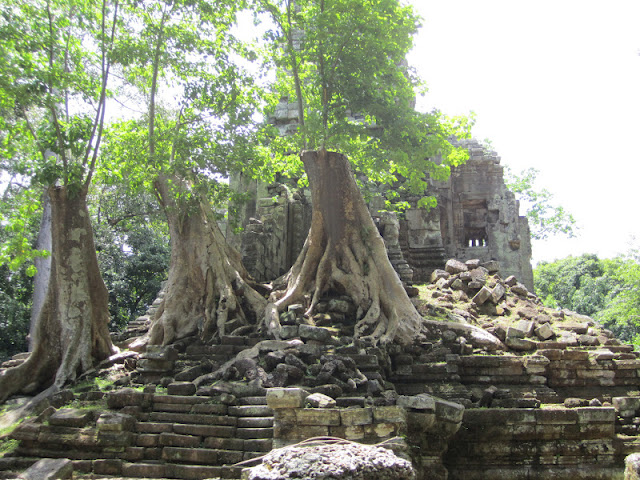 After that we headed back to the hotel to get ready and hit the town for Johanna's birthday!  We went to a place that served Crocodile and Kangaroo, among others, and they were only $6 each!  The crocodile tasted like a mix between chicken and pork (great dipped in tofu or chili sauce!), while the kangaroo tasted like really chewy beef. 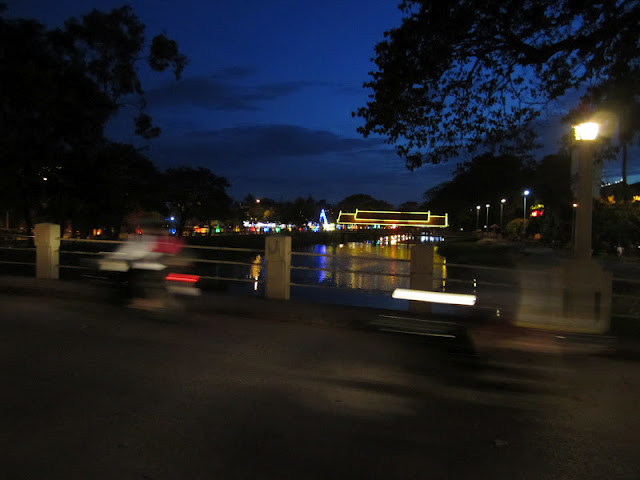 After dinner we went out for drinks and met a German couple who we partied with.


The next morning we hopped in a tuk tuk to see some temples further away, the first one was in the Tomb Raider film, and is under massive construction to keep it from collapsing on itself as nature fights to reclaim it. 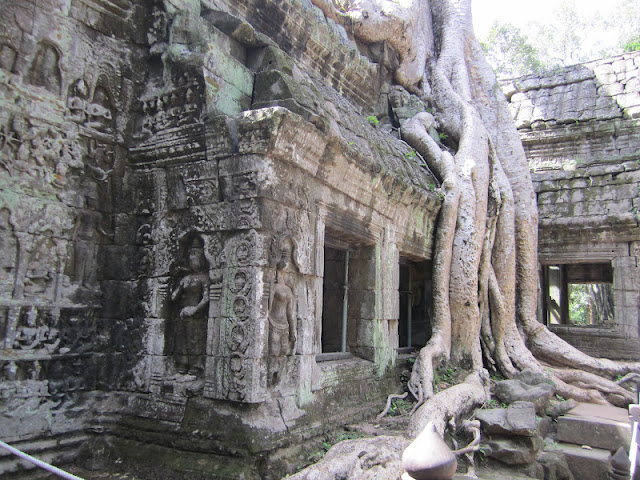 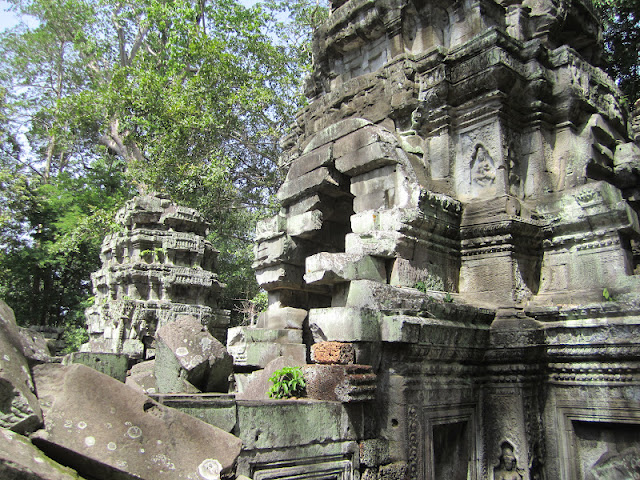 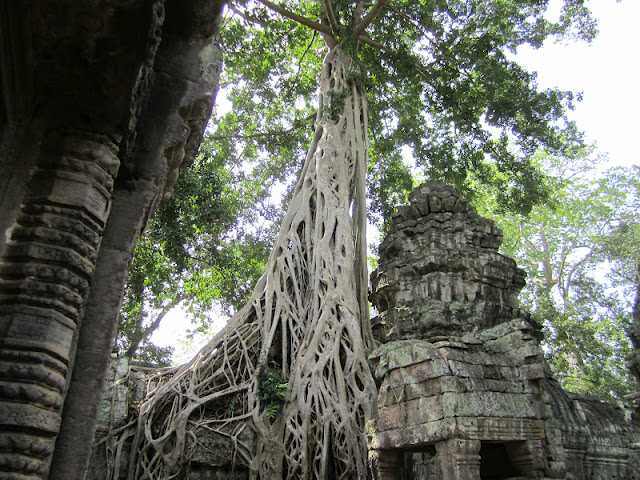 Next we rode about 25 km to the "lady temple".  It's called that because they believe it was sculpted by women, due to the fine detail in the engravings. 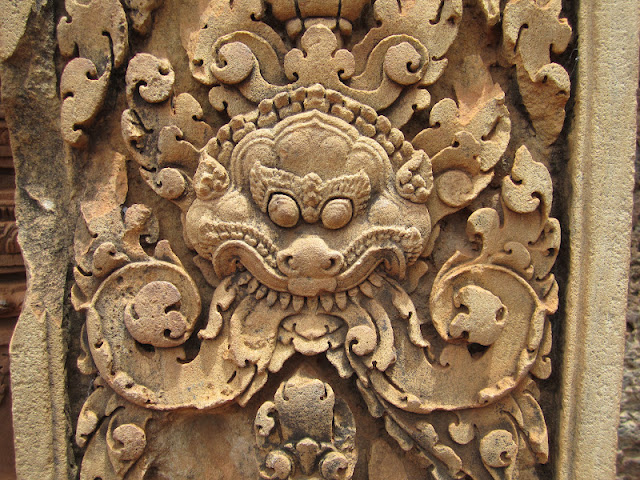 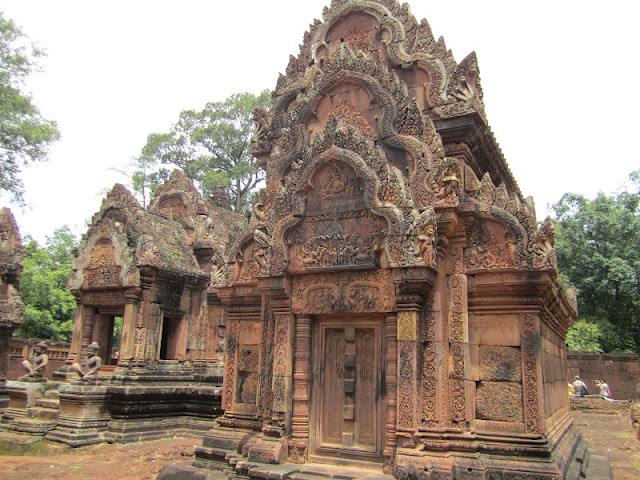 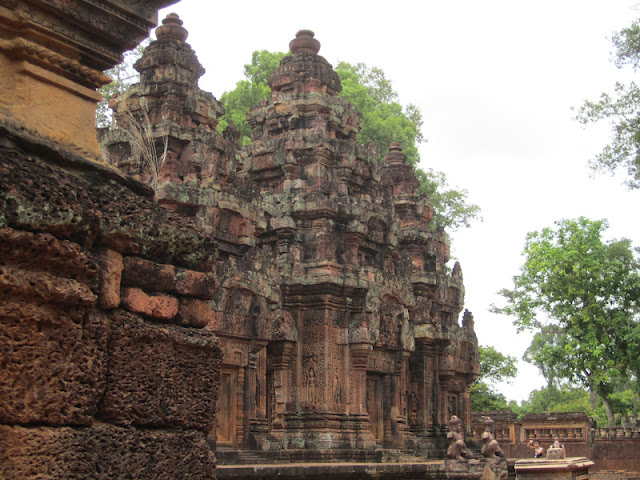