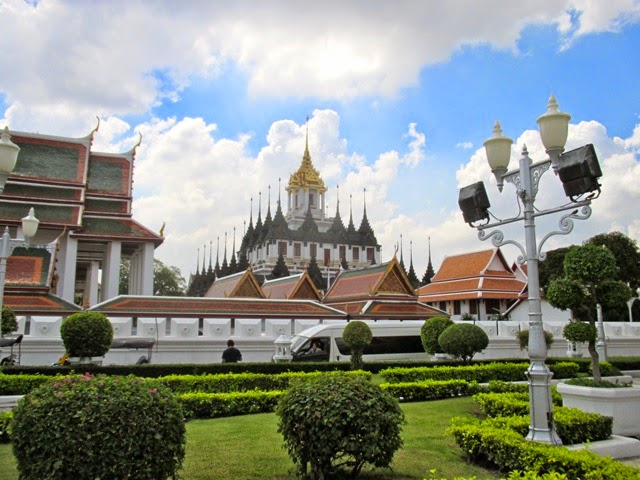 When we left this crazy city two years ago we thought we'd never come back. We were wrong.


After a red-eye flight from Istanbul, we found ourselves back in Bangkok. Two years older, and hopefully smarter, we've found that we're a lot better at navigating this city and its people this time around. We figured out how to use the cheap bus system (some buses are completely free!) and how to deal with the scam artists who love to target "farang" (basically the Thai word for white people, and also guava fruit). 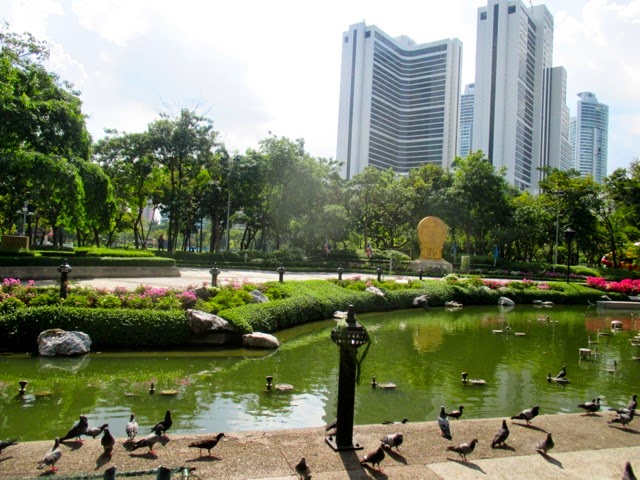 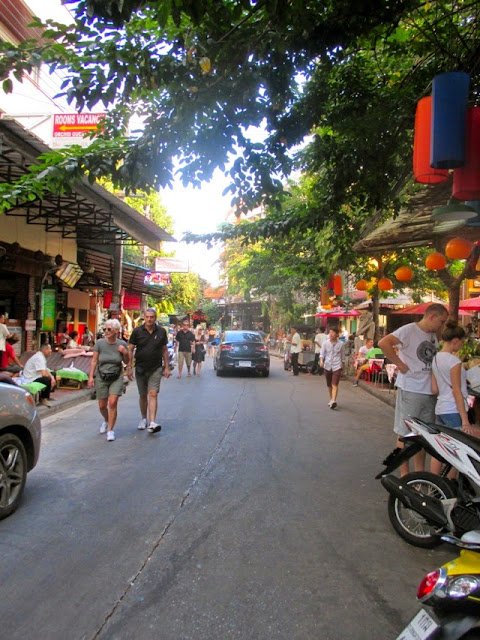 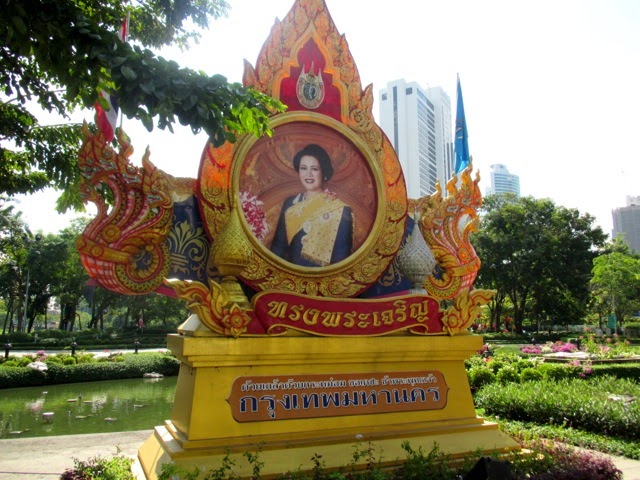 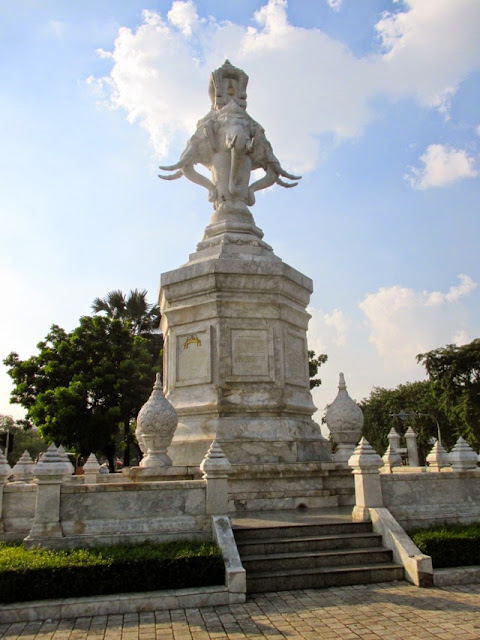 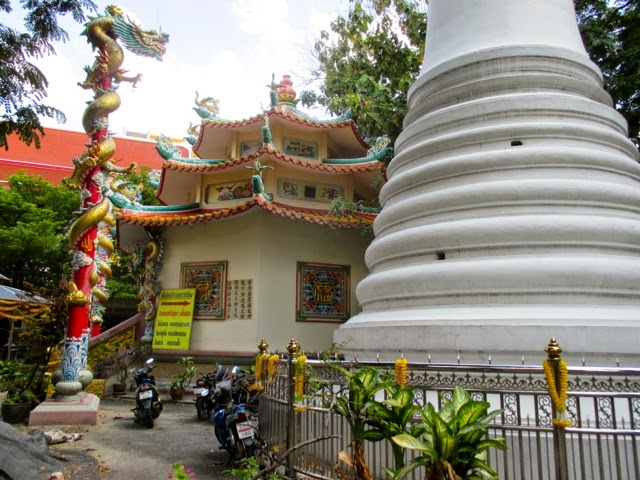 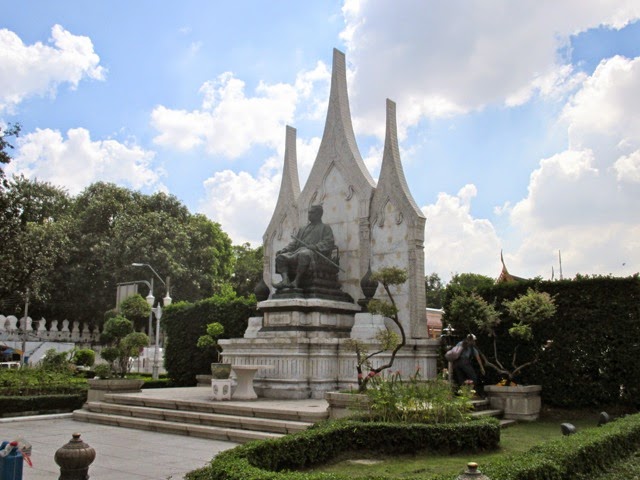 Strangely, despite the fact that we came during high season this time, Bangkok felt less crowded than when we had been here before. We're not sure if the dip in tourism is due to the highly publicized recent murder of two British citizens on the island of Koh Tao, or if it's due to the social and political unrest from the military coup last May, but it's clear that the Thai government is invested in making foreign tourists feel safe. 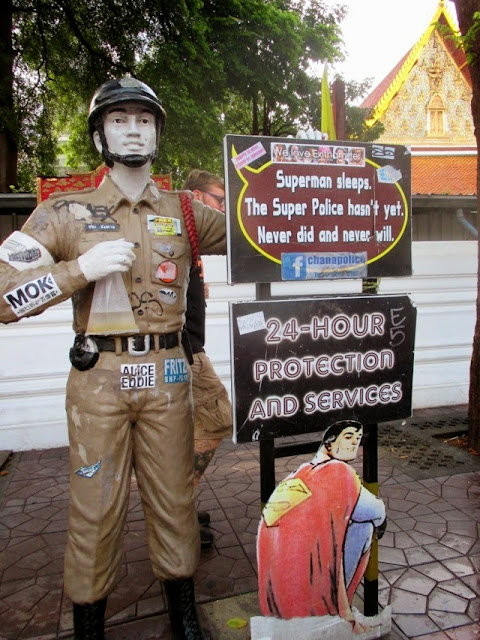 We stayed in the much quieter Rambuttri Village area a few blocks from Khao San Rd, and enjoyed a little over a week of just chilling out, eating cheap, delicious Thai food, and getting some hilarious new t-shirts. Josh even finally got his hair cut! 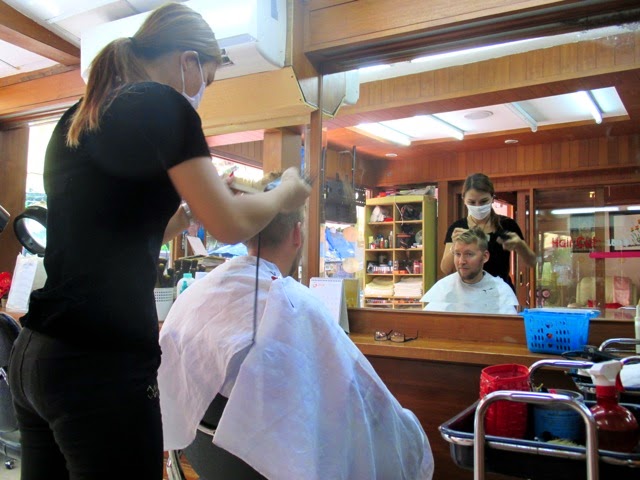 Also, since we were back in Asia, we decided (well, I decided, haha) that we needed to check out one of these "cat cafes" that we'd heard so much about. If you're not aware of the world-wide phenomenon of cat cafes - which of course started in Japan, where else? - they are cafes that feature a dozen or more cats that wander around while you sip your coffee, and possibly some cat themed snacks. 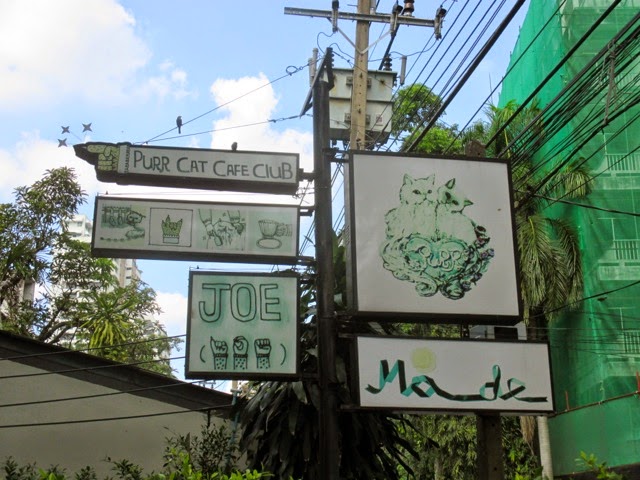 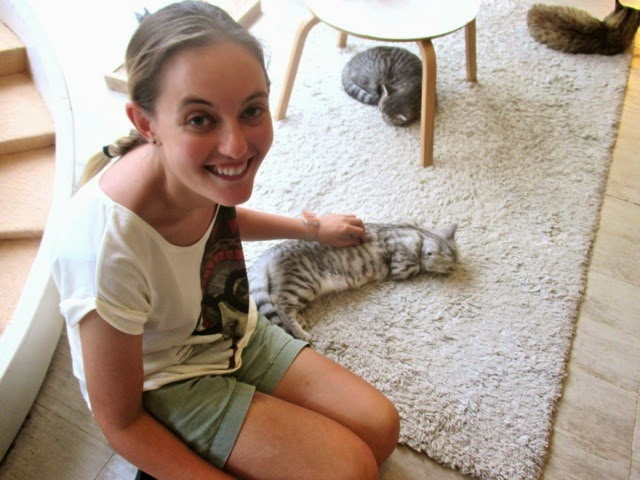 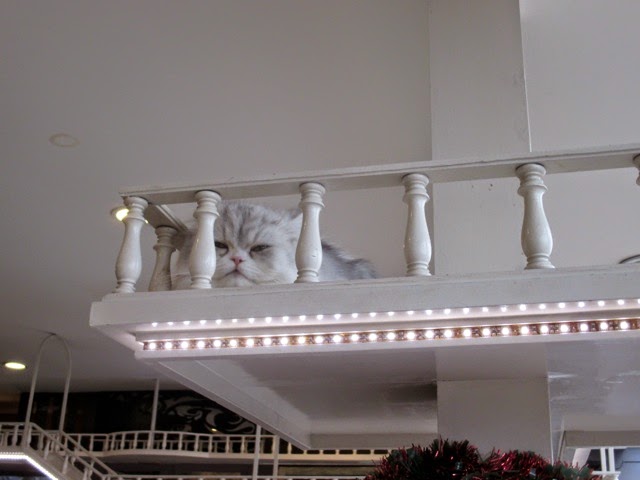 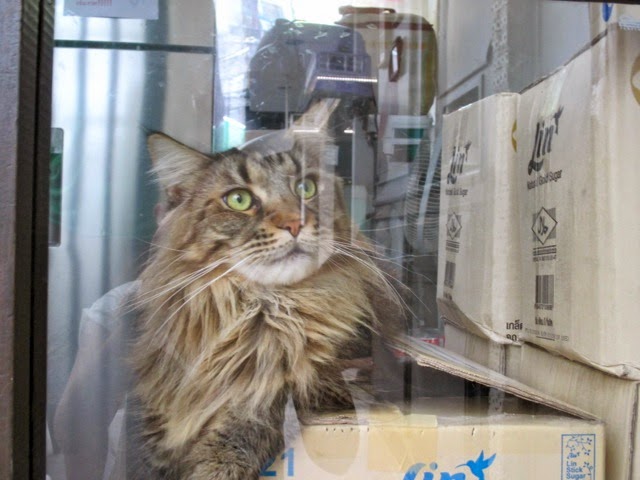 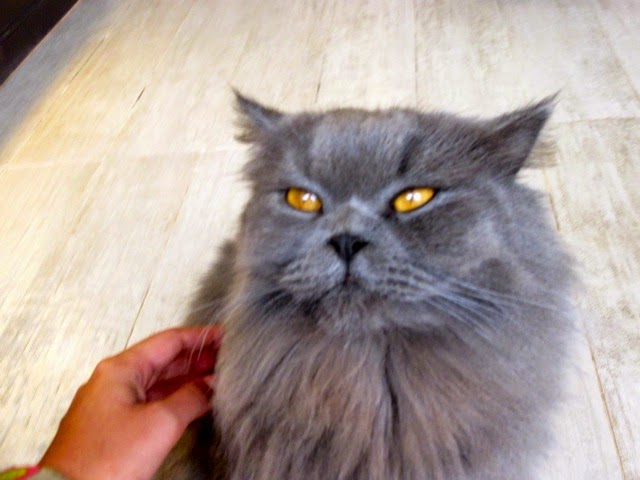 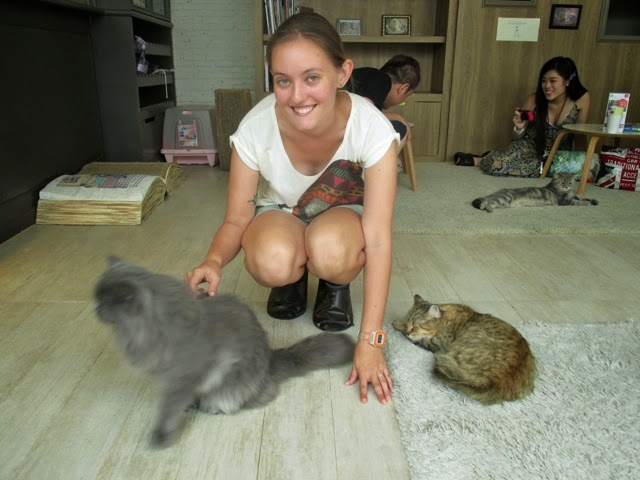 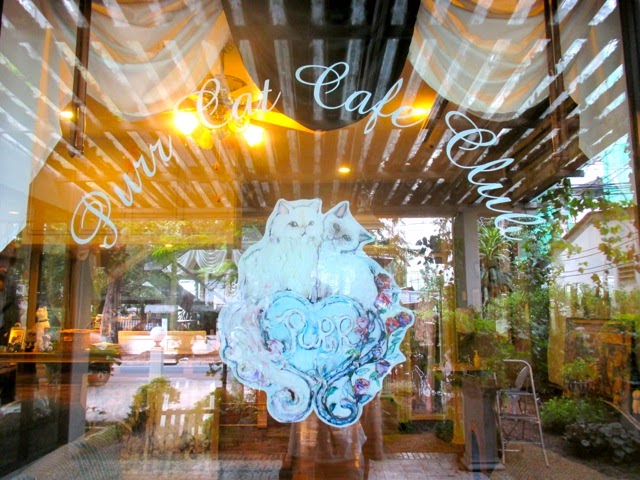 As you can tell, Josh was thrilled to be there. 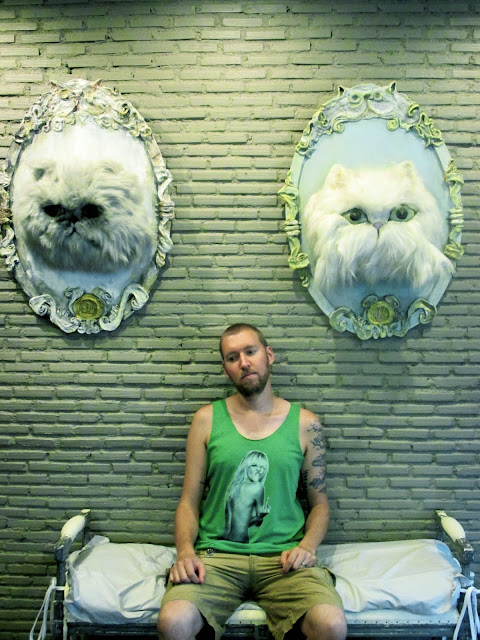 All in all, we had a pleasant time in Bangkok despite the  93 degree heat, and we're excited to be heading back to Siem Reap, Cambodia today!
at 11/14/2014
Newer Post Older Post Home