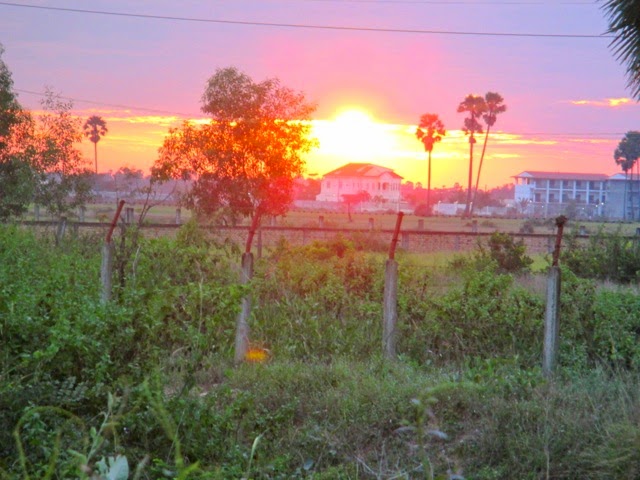 We last visited Siem Reap in 2012 (see our former post: Siem Reap and the Temples of Angkor), and it was interesting to return two years later. Since we had already seen the majestic Angkor Wat we didn't really feel like we had to see it again. Which was ok, because we were there to work! 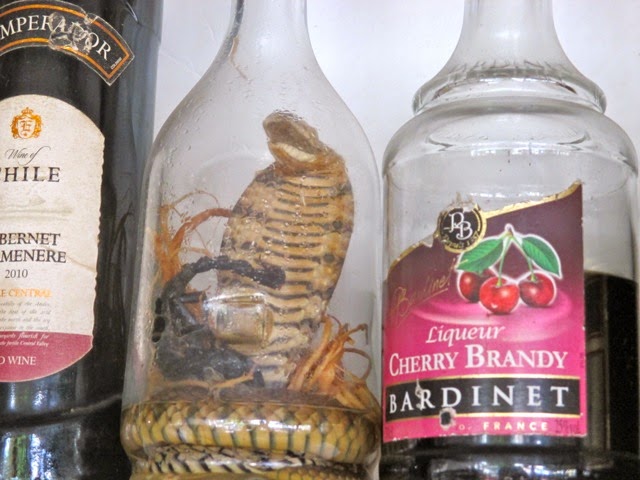 We spent a little over two weeks in Siem Reap, working as part-time servers in a Japanese restaurant in exchange for a free room and meals while we were working. It was pretty great. The work was easy and we got a chance to really interact with the locals who were working there, which was something that we didn't really get to do when we had visited the area previously. We also made friends with another couple of westerners who were doing the same thing we were - Gabe (US) and Teresa (Portugal).

There were also four super adorable weiner dogs and a mama cat with two kittens hanging around the restaurant. 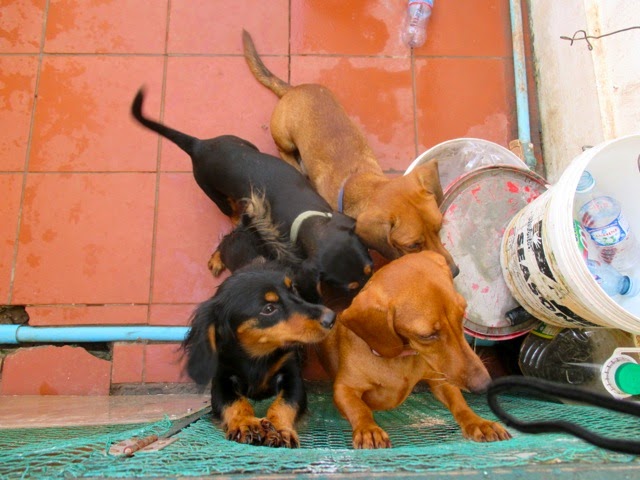 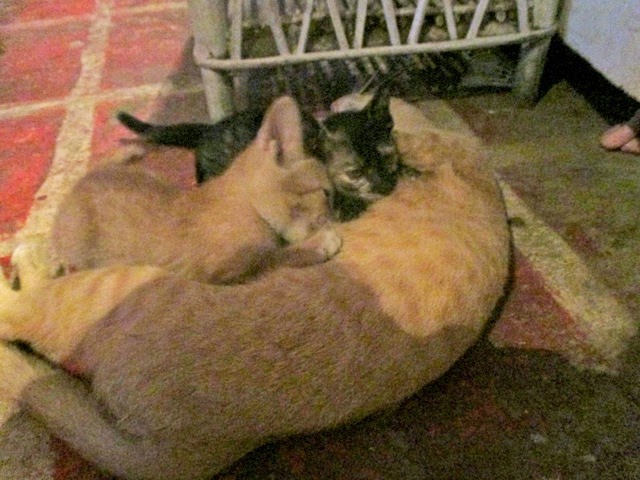 During our stay in Siem Reap, one of the young men who worked with us, Narith (the h is silent), took us to Wat Thmey which is home to what was once a Killing Field from the Khmer Rouge reign of terror. Since we had visited the one in Phnom Penh two years before, it seemed like something we should go visit. 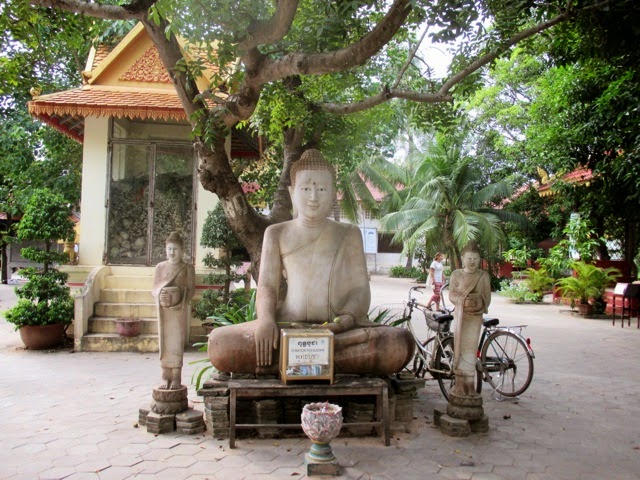 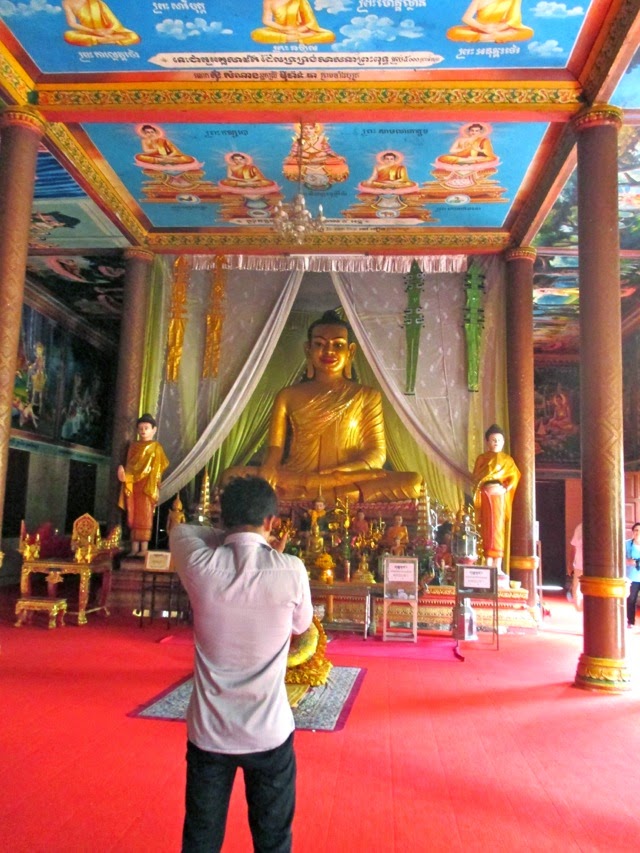 The site now has a memorial and a Wat (temple). While we were there Narith told us something that I find very interesting and somewhat sad. He told us that quite a few young Khmer people don't know anything about the Khmer Rouge or the horrible genocide of their people, even though it happened only a little over 35 years ago. 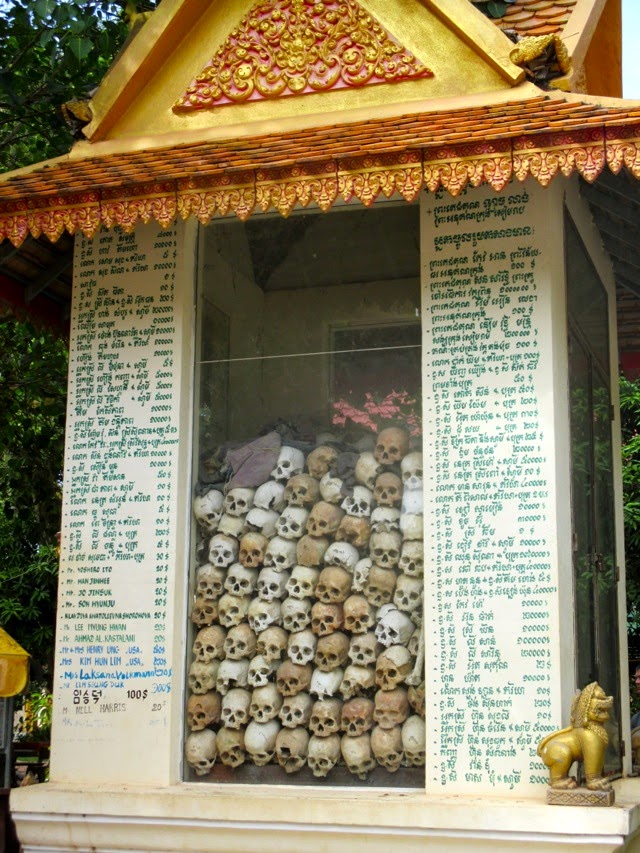 Afterwards, because we were hungry and because Narith had never had Mexican food before, we headed back into town and got tacos. Yum. 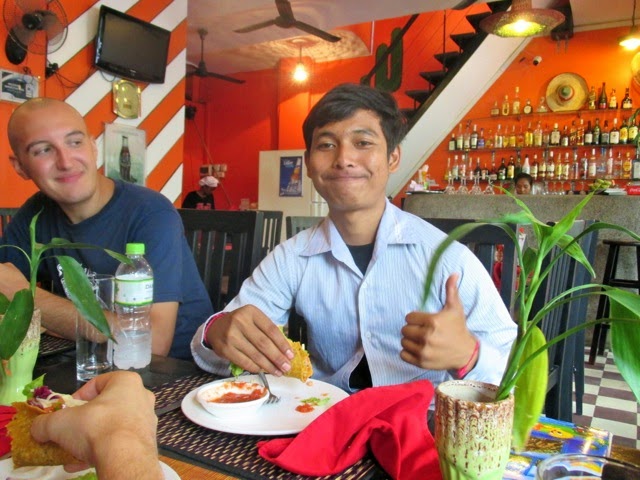 Of course, the next day I got food poisoning - although I don't think it was the tacos, but the dubious avocado shake I got from a street vendor while we were heading home. I should've known that anyone selling "Person Milk Shakes" is not someone to buy food from. 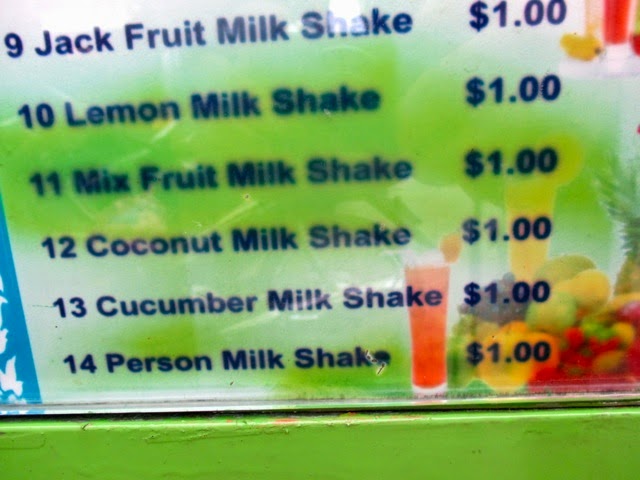 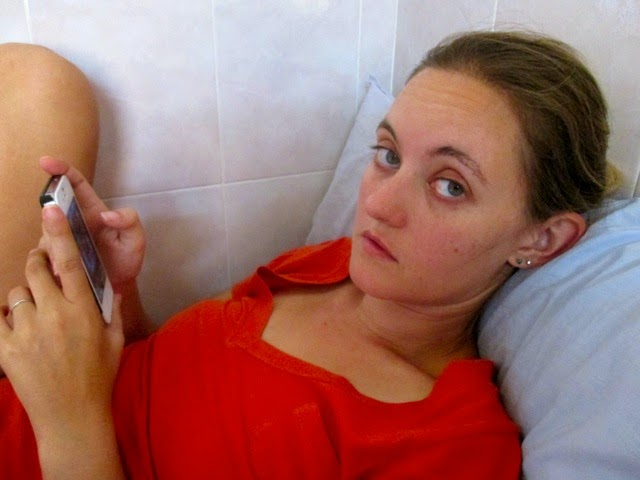 Luckily I was feeling mostly better when Thanksgiving rolled around a few days later. Since it's virtually impossible to find turkey in Cambodia, we decided to do the next best thing and go to some bars and do karaoke with Gabe, Teresa and a couple of Japanese girls we made friends with, Peanut and Yui.

We visited X Bar, played some foosball, and caught a few sets by the live band. 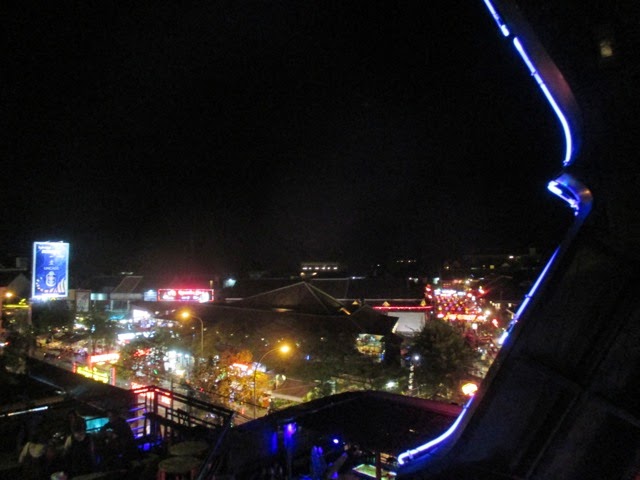 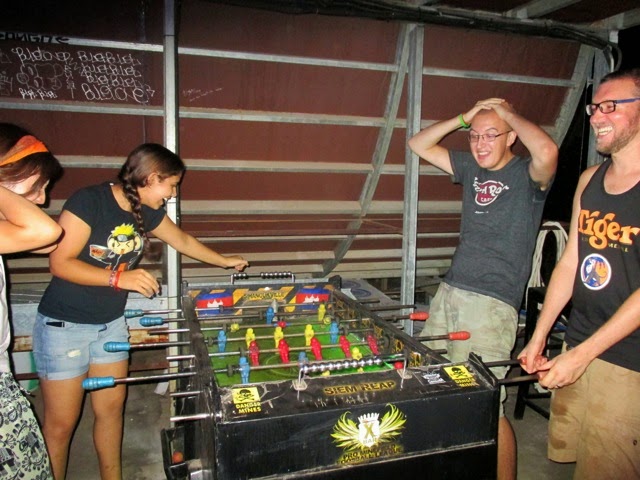 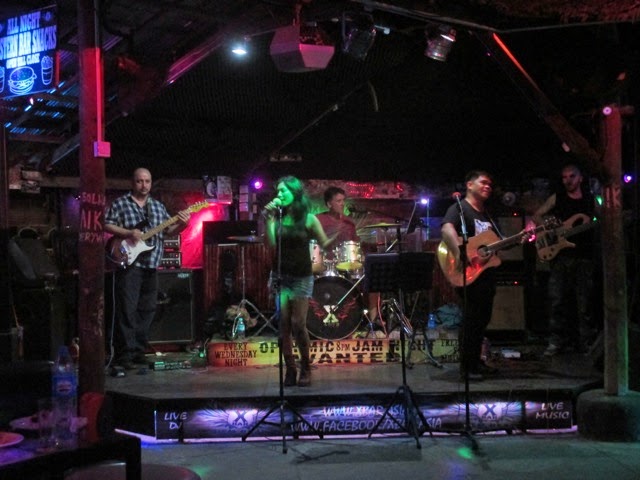 Afterwards we headed to the Sands Hotel and sang our hearts out. It definitely wasn't traditional, and I think that maybe Peanut and Yui have the wrong idea about what Thanksgiving is now, but it sure was fun. 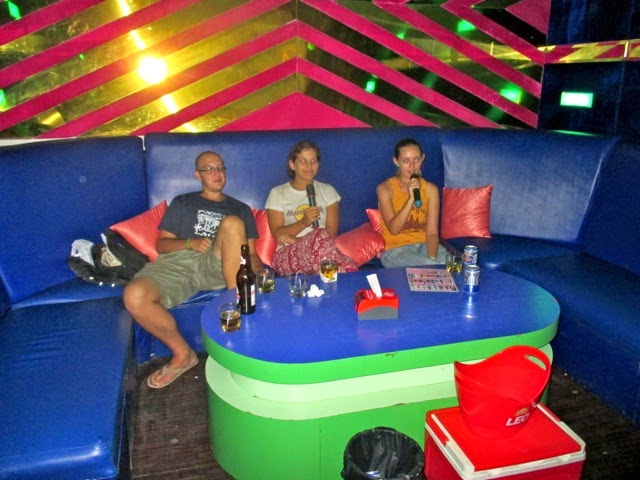 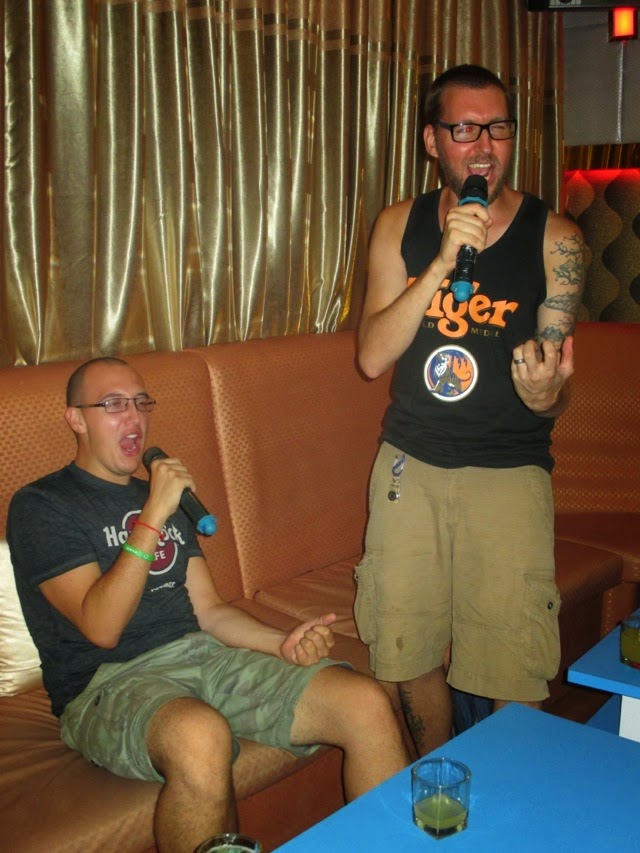 Shortly after that, Josh and I celebrated our 3 year anniversary with pizza and poutine. 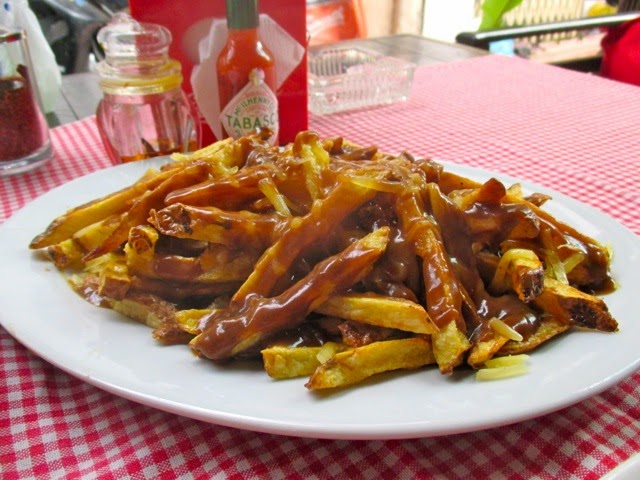 I also ate some fried bugs. Because I apparently hadn't learned my lesson from food poisoning.

We had a really nice time in Siem Reap, and we're looking forward to our next destination, Phnom Penh! 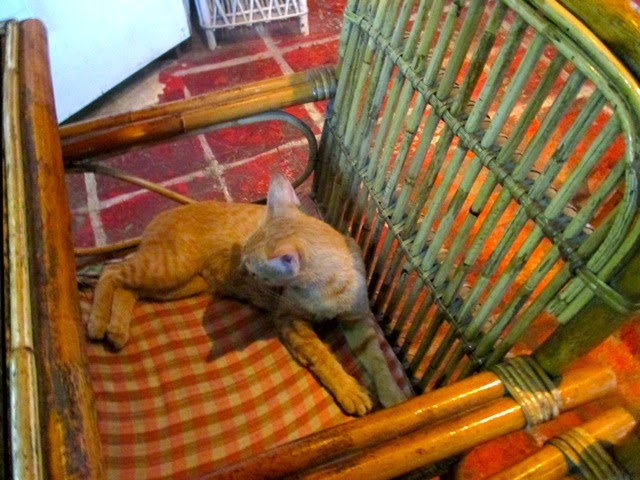 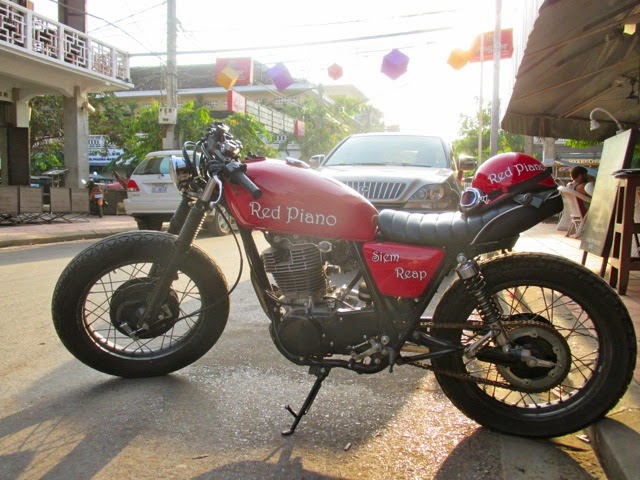 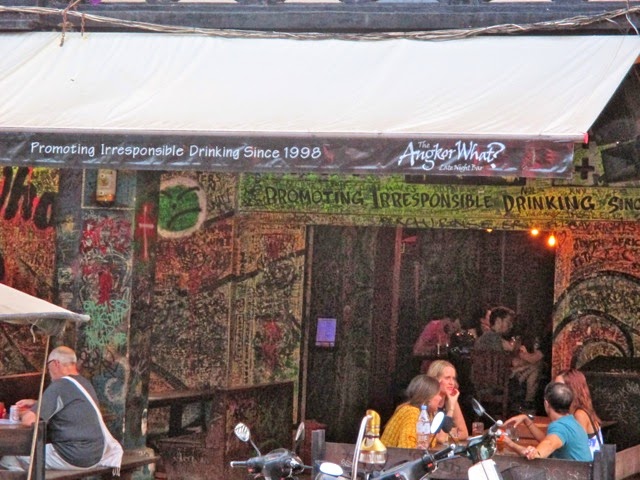 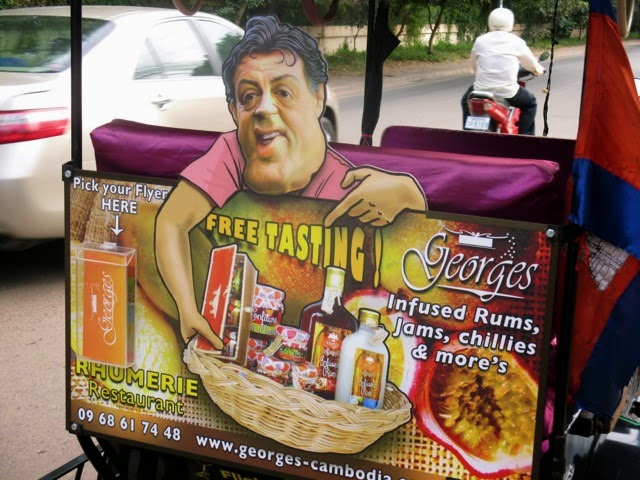 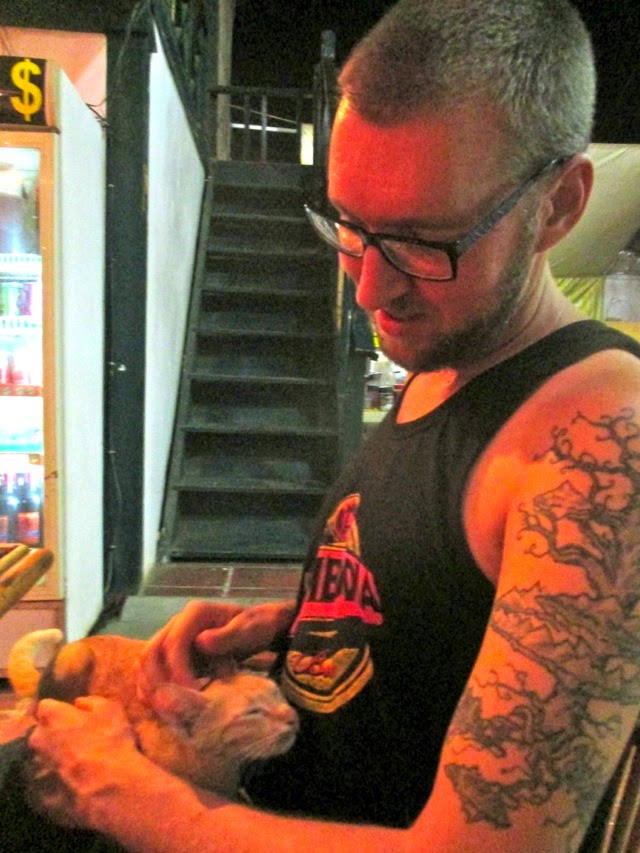 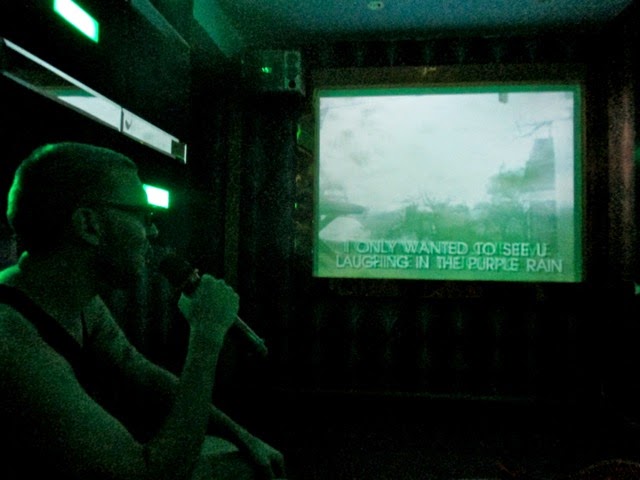 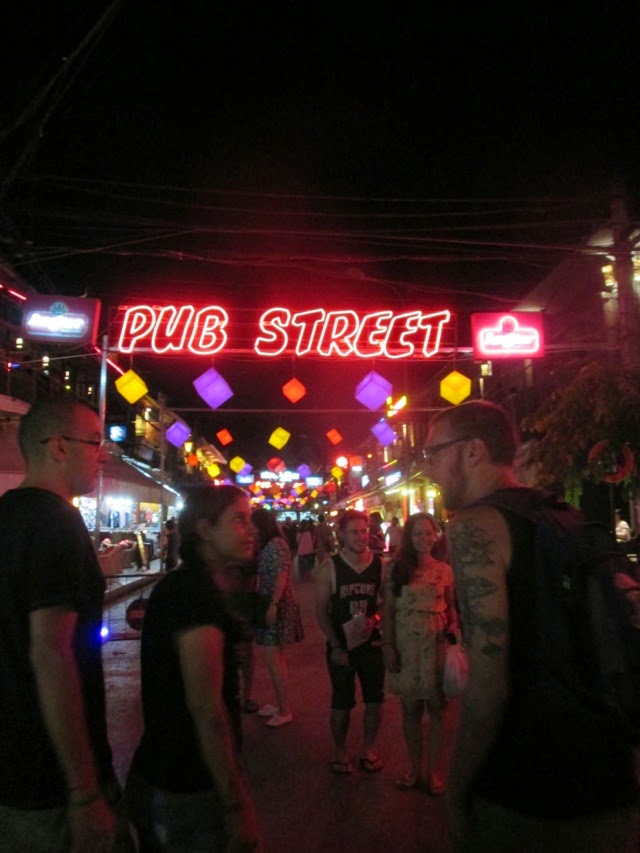 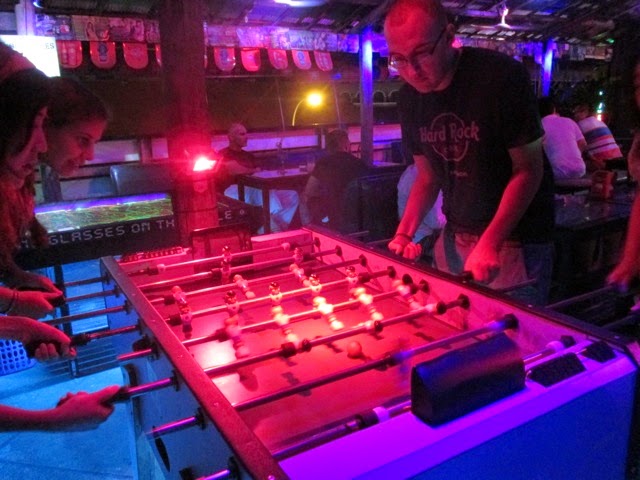 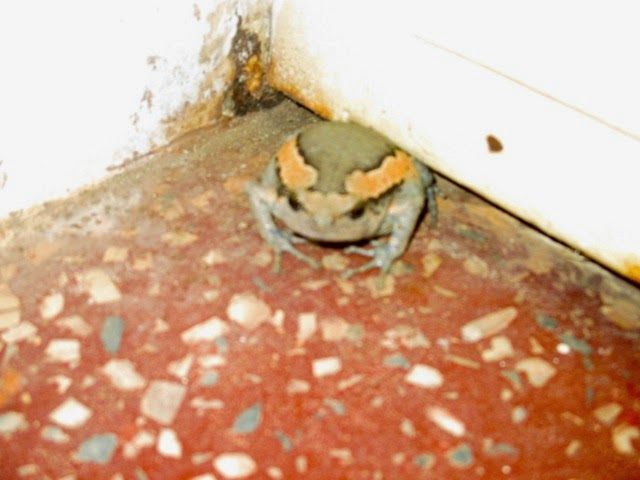 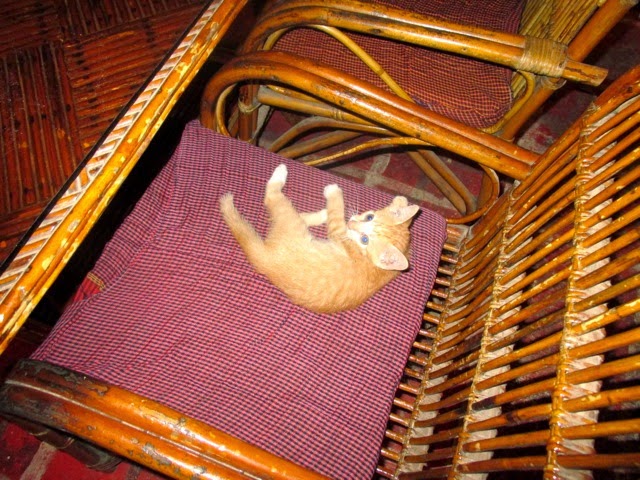