Chilling out in Phnom Penh, Cambodia 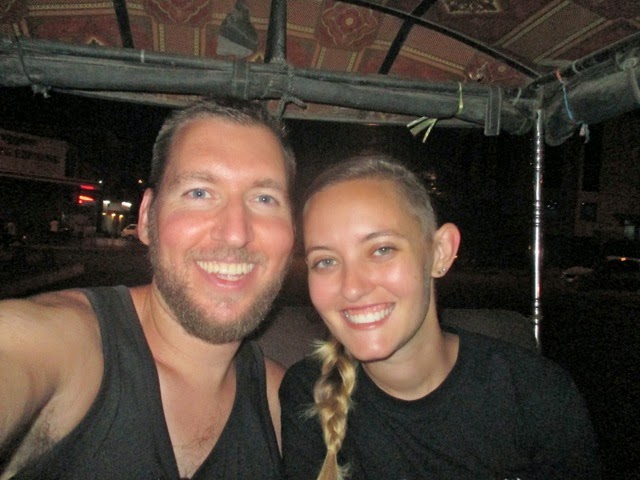 We spent a little over a week in Phnom Penh doing almost absolutely nothing. It was nice.


Since we had been in Phnom Penh two and a half years ago, we had already seen most of the major attractions, such as The Killing Fields and Tuol Sleng prison (please see our former blog post if you'd like to learn more about these: Phnom Penh - The most depressing post ever), so we decided it would be nice to just chill out, see a couple movies, and meet up with our friend Steve, who had been living and working as a teacher in Phnom Penh since we had seen him last. 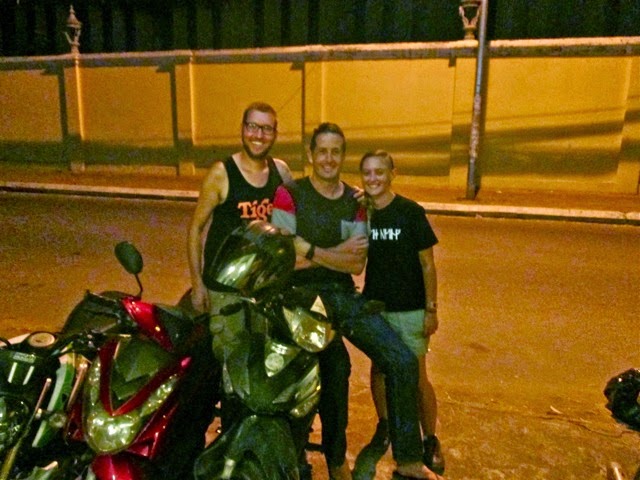 Because we had been in Siem Reap where there are no major movie theatres, we finally got to see the latest Hunger Games movie, and because we were in Asia we saw it in 4D - meaning our chairs moved along with the movie, there was a fog machine and also smell-o-vision. 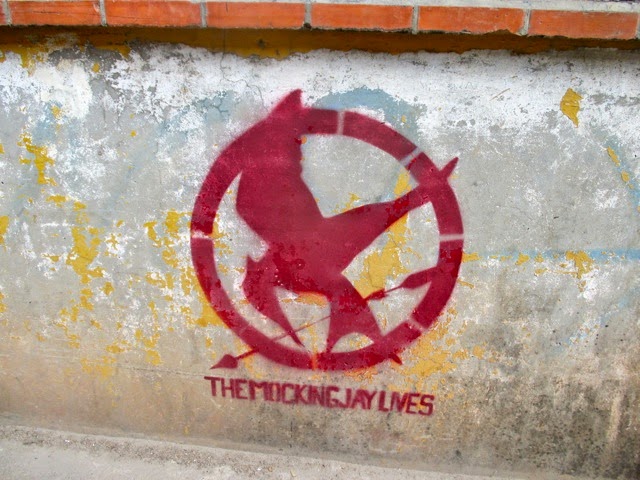 We also went and saw 'The Killing Fields' at The Empire, a local art house. Check out their website: http://www.the-empire.org/. It was a good but long movie, starring Sam Waterson from Law and Order, John Malkovich, and Haing S Ngor, a Cambodian doctor who survived the Khmer Rouge regime in real life. 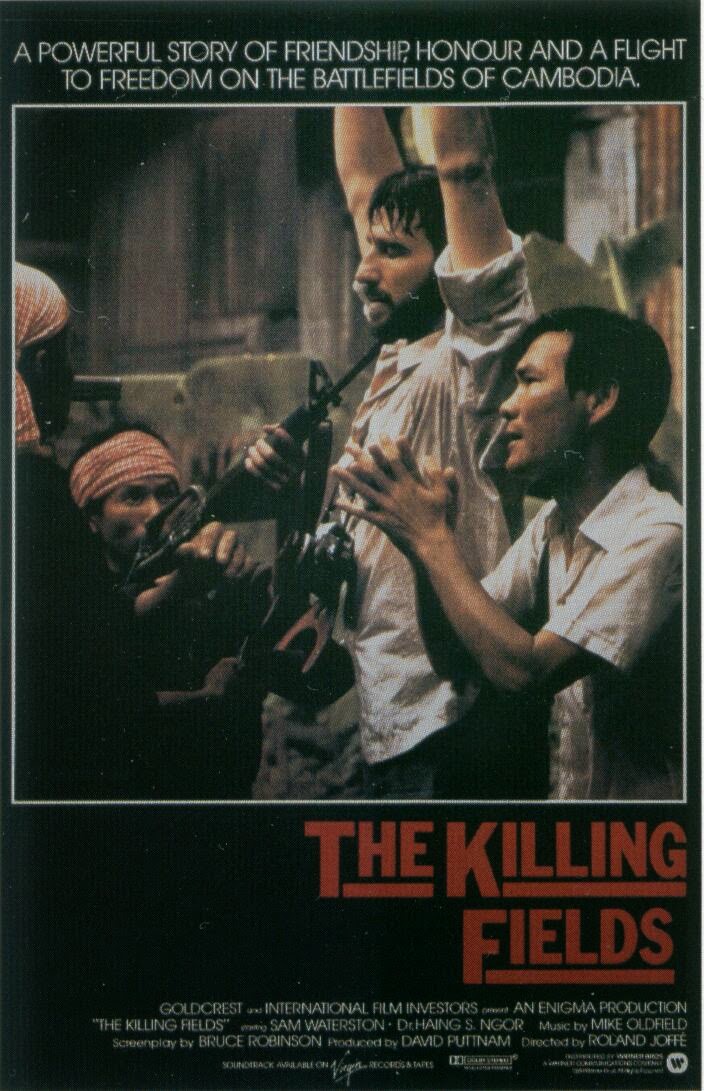 We also got around to seeing Wat Phnom, which we hadn't seen last time around. Legend has it that this pagoda was erected here to house four Buddha statues which were discovered by a woman named Penh on the shore of the Mekong River. Phnom Penh takes its name from this wat and from the woman's name. 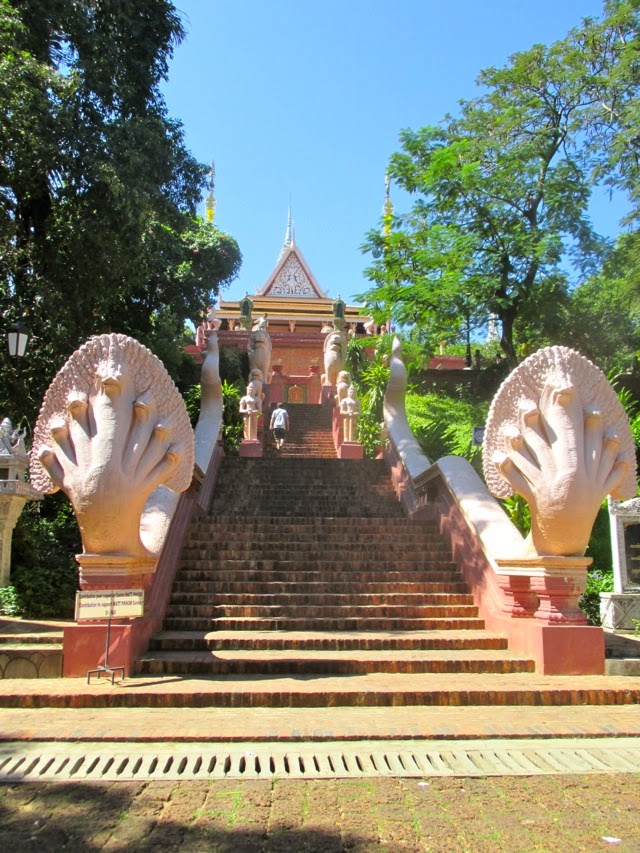 Otherwise we just lazed around. On an impulse I decided to give myself a DIY undercut. Josh helped of course. 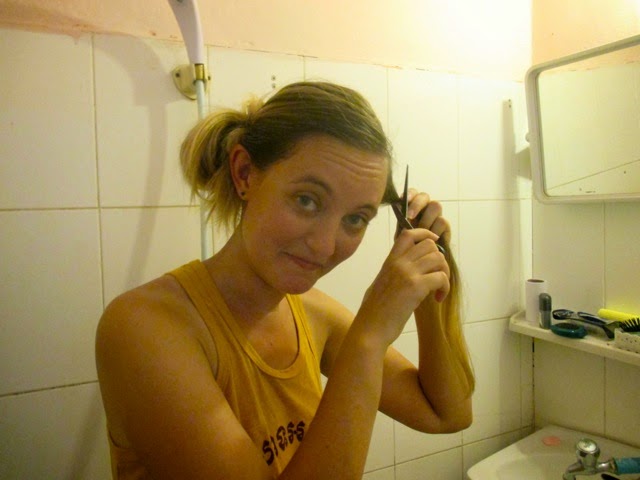 It turned out pretty well, I think. 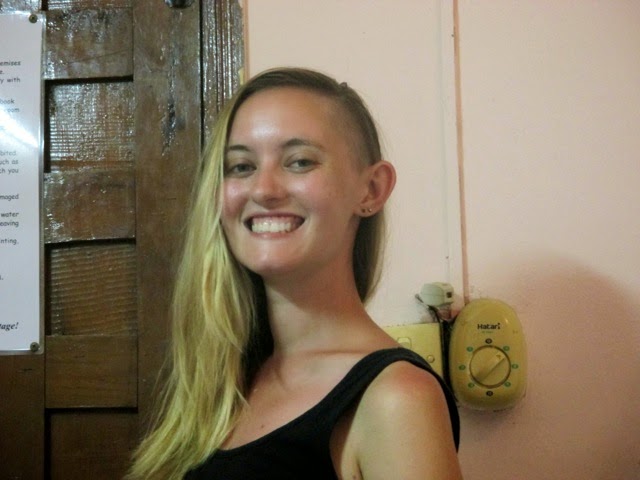 And we decided to try some happy pizza. It was definitely an experience.... 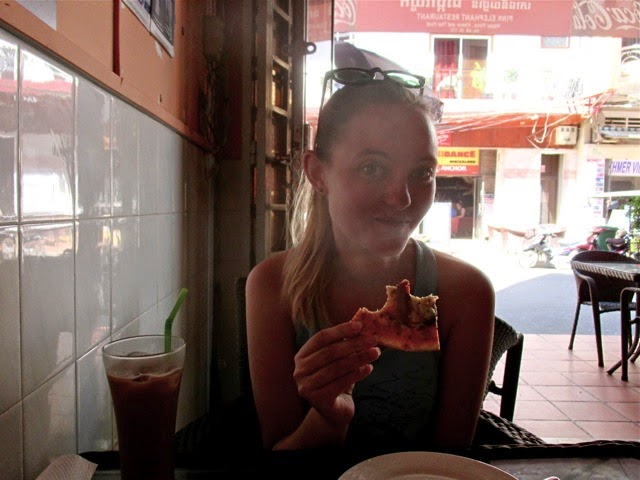 We had a really nice time in Phnom Penh, but we are really excited to be moving on to Pakse in Laos! 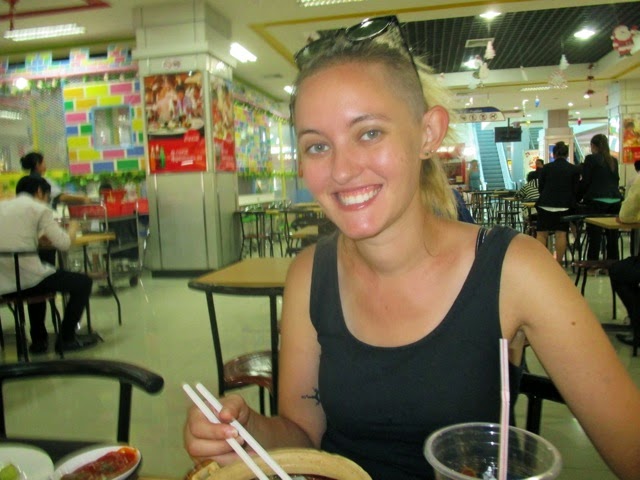 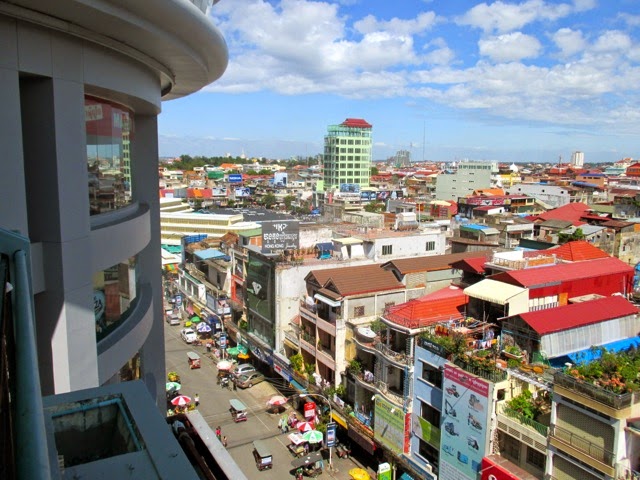