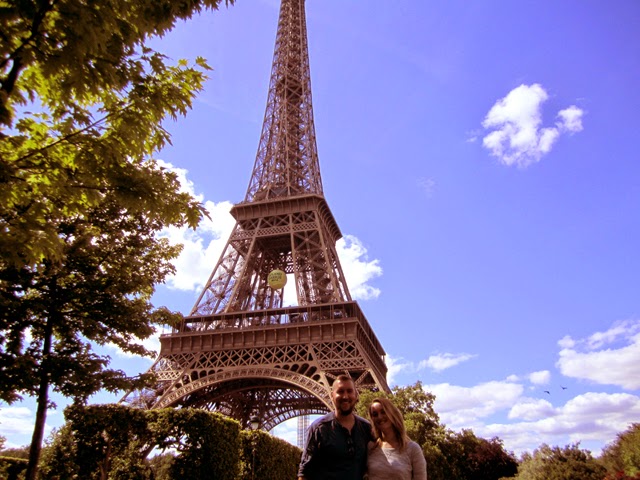 After a long red-eye flight from Dallas, we finally landed in Paris!


I was pretty excited about going to Paris. It was my third time, but Josh had never even been to Europe before, so this was definitely going to be a new experience. Also, we were going to try and do it as cheaply as possible, so that was going to be a challenge considering Paris is one of the most expensive cities in the world. We didn't do too bad, actually. We stayed in an Airbnb for $35/night for a private room (although maybe we should've tried couch-surfing...oh well, next time!), and we found most of our meals at the nearby grocery market. Food was definitely expensive in Paris, with meals averaging 15 euro per dish in most restaurants.


We landed in Paris around 10am and we were exhausted. Josh had managed to catch a few hours of sleep, but I didn't sleep at all, so we knew we had a long day ahead of terrible jet-lag. The flight had been somewhat disappointing- our personal tvs had stopped working properly just after lift-off and all we could watch was We Bought a Zoo, Toy Story 2 and an assortment of terrible Disney pre-teen sitcoms which all played on loop. On the other hand, our row only had two seats so we didn't need to sit next to any strangers and there were no babies or small children sitting near us, so that was a plus. Also we got free Heineken, so I suppose I can't really complain.


After landing, we managed to figure out the RER train and how to get to our Airbnb rented room that we had booked for the next several days. It was located in Ivry Sur Seine, which is a 30 min metro ride from central Paris. Once we got situated we decided to go explore Paris. Of course, as soon as we left the apartment it began to rain- just a little at first, but then pretty hard. Despite this, and our increasingly grumpy moods we decided to go check out the Notre Dame. The church is beautiful, but we decided against going in, and just decided to head back to our room. 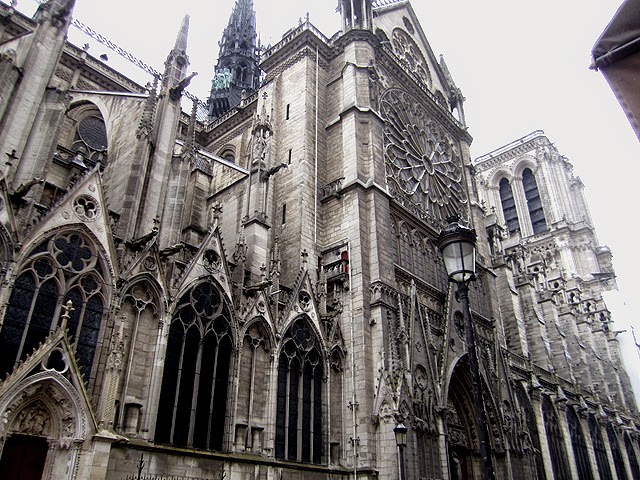 Somehow we managed to stay up until 8pm, so our jet-lag wasn't too bad the next day. We set out fairly early and decided to walk the 5 miles to our first destination- the Catacombs. 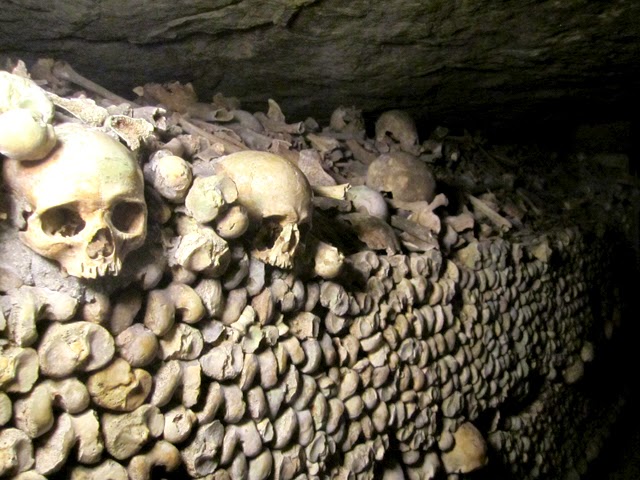 The Catacombs were pretty interesting and are definitely a must see if you come to Paris, although I would recommend getting there an hour before they open which is at 10am. We arrived around 10:30am and ended up having to wait two hours to get in which we found surprising considering it was a weekday. Oh well, I guess tourism knows no bounds!


The Catacombs were definitely spooky, it was amazing to think about how many people are buried there- 6-7 million Parisians! Already the amount of bones we saw was overwhelming, and only a small part of the catacombs is even open to the public.


After the Catacombs we grabbed a bite to eat at a cheap Asian restaurant and took the metro to the Arc de Triomphe. When we arrived there was quite a bit of commotion at the Arc with what turned out to be secret service agents for the White House barring access to the crowd that surrounded the area. Apparently, President Obama and Russian President Putin were in town for D-Day and had a talk at some point about the Ukrainian situation? 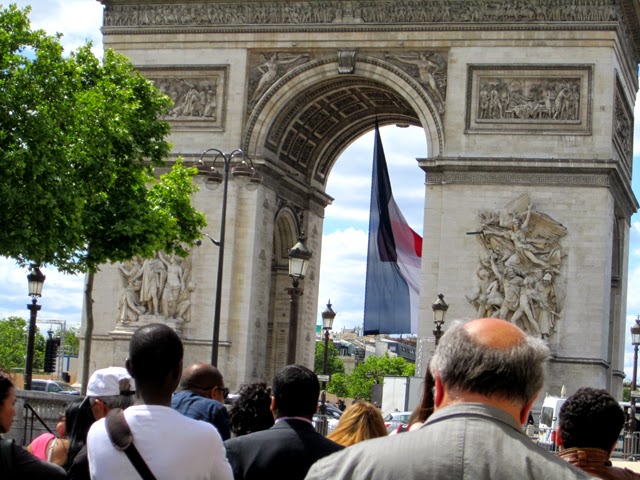 After snapping a couple of photos of the Arc from afar, we headed over to the Eiffel tower to take our cliched Eiffel tower photo. It was fun, in a super touristy, "stupid Americans" kind of way. If you're in Paris, it's something you should do. We actually got our best photos of the tower from the nearby Place du Trocadero. 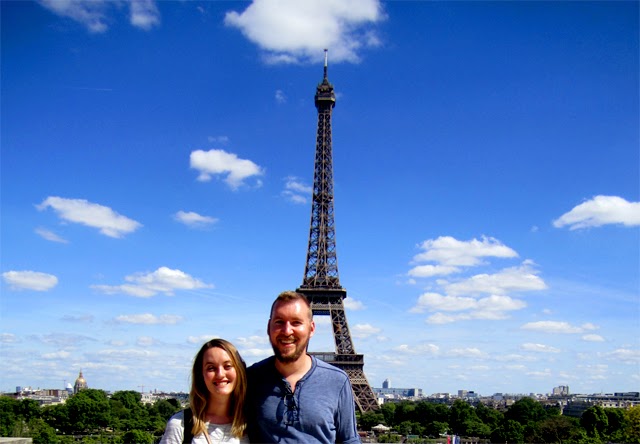 With all that site-seeing out of the way, we decided to head back to our room for some bread, cheese and 2 euro wine we had seen at the market the day before. The bread and cheese were very nice, but I'd recommend you spend at least 4 euro on wine- we found out the hard way that cheap wine is cheap for a reason, haha. 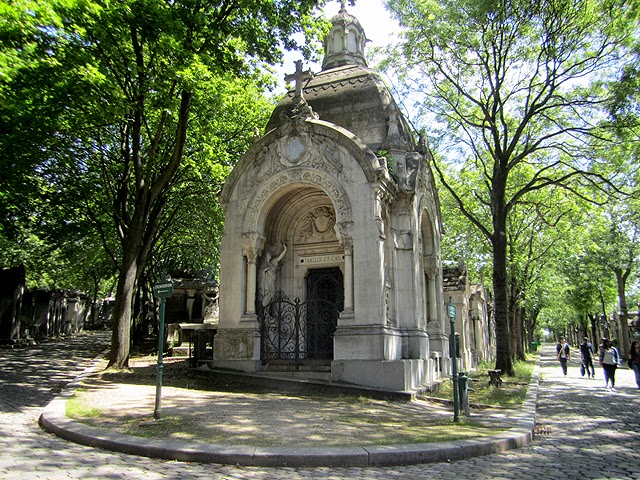 The next day we went to the Cimetaire Pere Lachaise which was very beautiful. We looked, but unfortunately we didn't see Jim Morrison's grave. We did, however, see the grave of Bastard Dave, so that was nice. After that we went to the Sainte Chapelle and the Conciergie where Marie Antoinette was kept before she was executed. Since we were in the area, we wandered around the outside of the Louvre and the Notre Dame. Both had enormous lines so we decided against going in. I had been before anyways, and Josh isn't too interested in art museums so it was just as well. 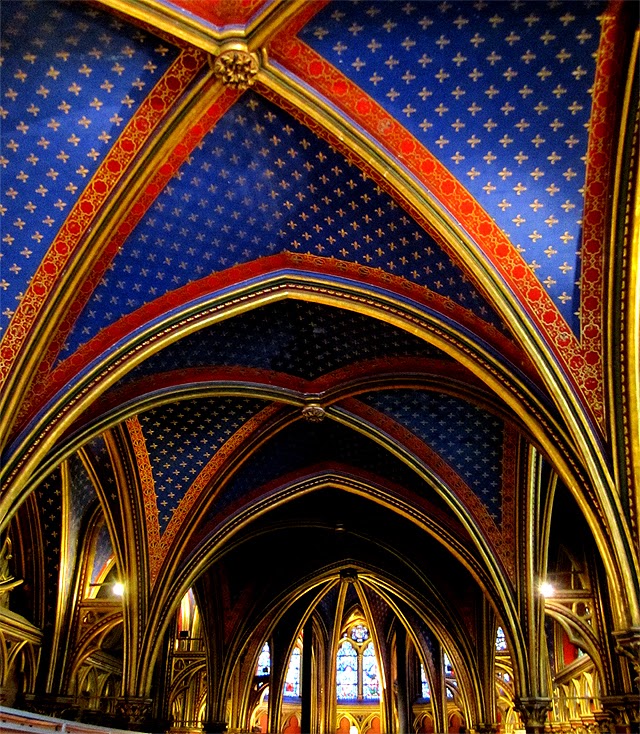 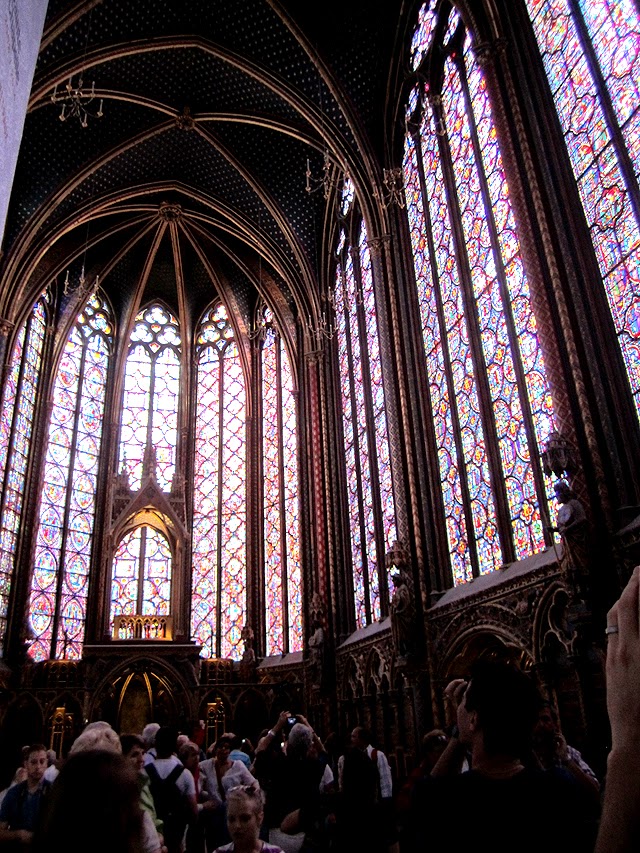 We soon found ourselves in the Jardin des Tuileries which is just outside the Louvre. They have some interesting statues there.... 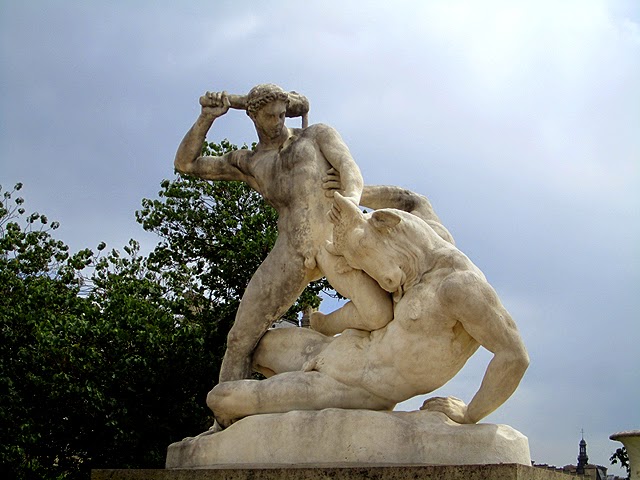 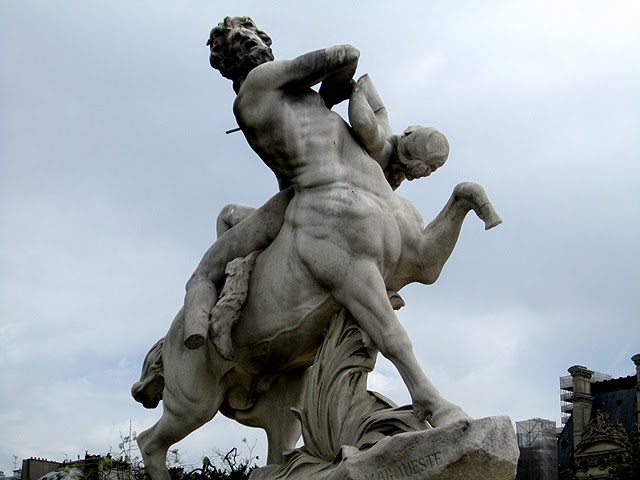 After that we decided to head up to Montmartre where we see the Moulin Rouge and had a coffee at the Cafe des Deux Moulins, which was where the movie Amelie was partially filmed. It was cute, but packed. 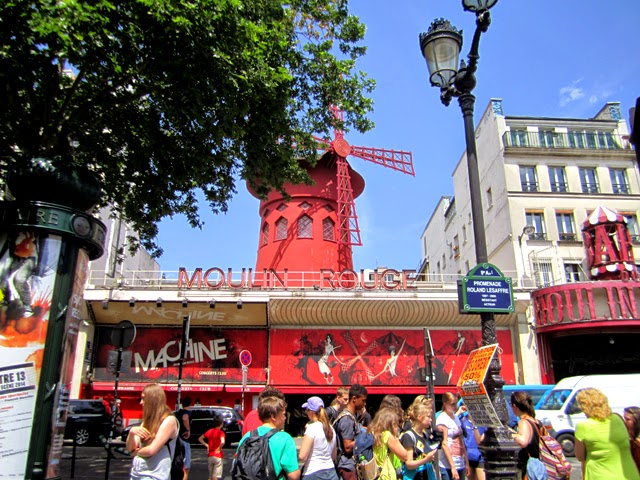 We headed up the street afterwards and found ourselves at the Sacre Coeur, somehow we managed to avoid all those steps leading up to it! 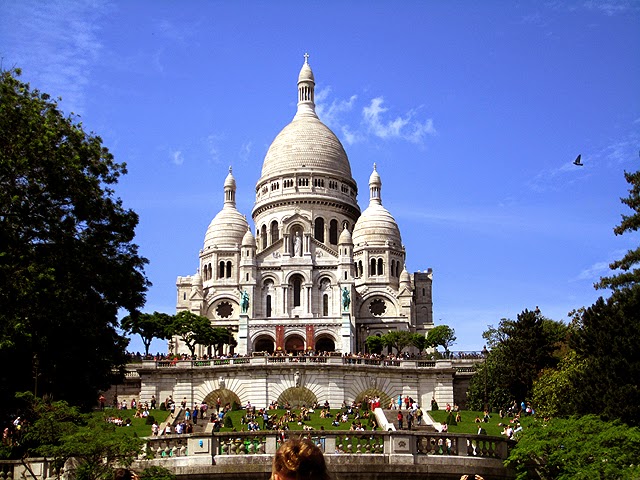 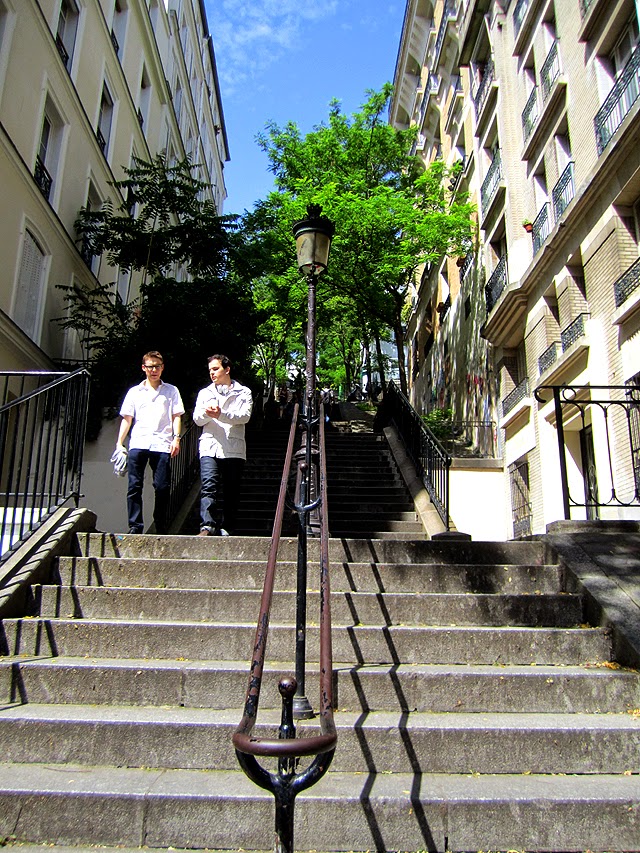 Paris was a really fun city and we're sad we have to leave, but we are excited for our first work away. Off to Olargues! A bientot!