Observations about travel in Asia 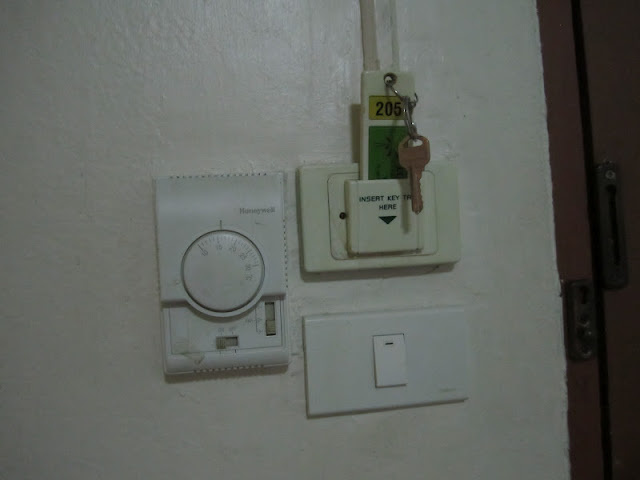 Some of the things we've noticed that are different...

We just thought we would write a post about some of the small things that make life in Asia a little different.  One of the big things you'll notice, is that everywhere you go, electricity is controlled by sliding a piece of plastic (usually attached to your room key) into a slot.  If you take it out, the power turns off after about a minute.  This does a great job of conserving power, and is something that would be useful in the US. 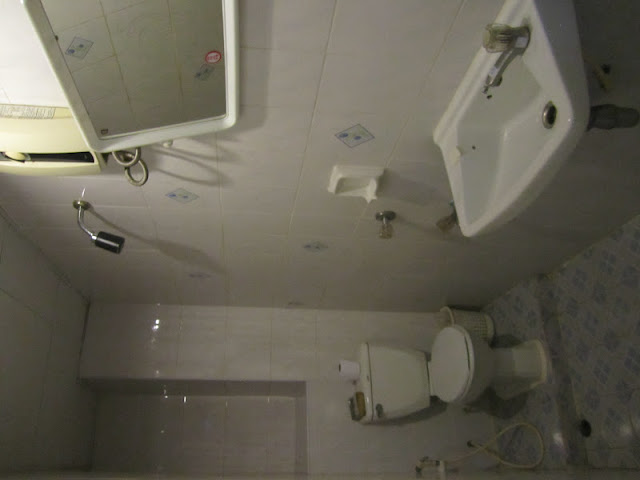 Another thing is bathrooms.  This is the standard bathroom setup here, and is actually one of the bigger ones we have stayed in.  The shower is in the bathroom, and usually soaks the sink, toilet, etc.  Make sure to put away your toothbrush and anything you don't want getting wet.  You can't drink the water here, so you learn to brush your teeth with as little bottled water as possible.  The most disturbing thing is the toilet paper situation.  In smaller towns it may not be available at all, so always bring your own.  Also, you can't flush it, so it has to be put in the trash.

Animals are another strange situation here.  They are literally everywhere.  Dogs sleep in the middle of the road.  Nobody tries to move them, they just drive around them.  They are experts at navigating heavy traffic, and are much more behaved than dogs in America.  Also, cows.  And water buffalo.  Especially in Laos, we had some close calls coming around sharp corners and almost slamming into a herd of them.  Many of the animals are cute, but many more look very sick and have lost much of their fur.  We generally avoid getting too close to any of those.

Everywhere in Southeast Asia has some form of these.  Different countries have different versions, and the more Southeast we go, the "fancier" they get.  But they all behave the same, constantly harassing you even after you've told them no a million times.  "Where you go? I take you floating market, good price!"  We've seen them run into heavy traffic screaming and waving their arms to get our attention, once while we were already in a different tuk tuk.  They always overcharge, so you learn to bargain real quick. 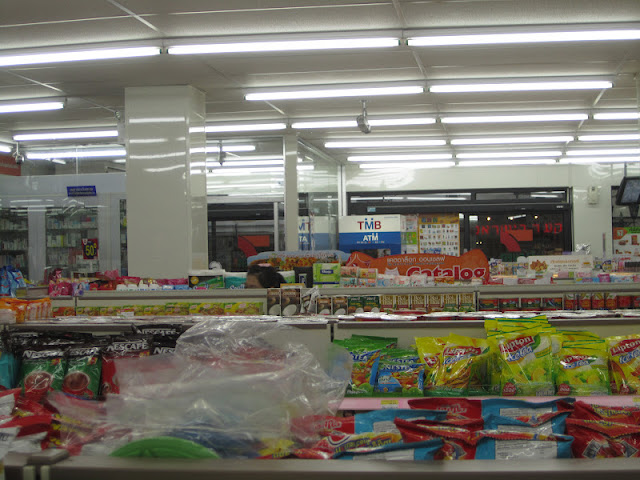 Oh Mini Marts.  They are literally everywhere.  We've only seen maybe 2 grocery stores here, and they were both in bigger cities.  Otherwise everyone buys food at street markets and mini marts.  These things are on every corner, often multiple stores on the same block.  And nowhere more than Bangkok.  In Thailand they are all 7-elevens.  We thought that was a dying brand, but in Thailand they reign supreme. 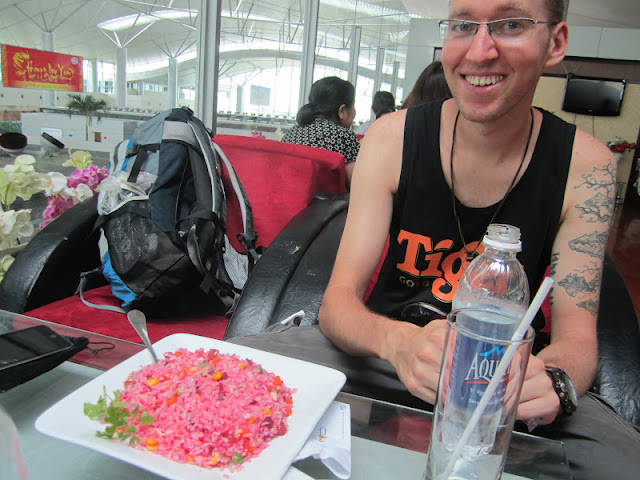 Pink rice wasn't really all that strange, but there were plenty of things that were (like the chicken feet in Vietnam).  Often times though, when a dish came out, we found find pieces of meat in it that either didn't seem like they belonged to the animal we ordered, or were parts of the animal we didn't want to eat.  Be warned.

Anyway, these were just some of the interesting things we found out there.  You definitely need to go and experience it for yourself.
Posted by The Adventures of Josh and Johanna Bryant at 9:00 AM