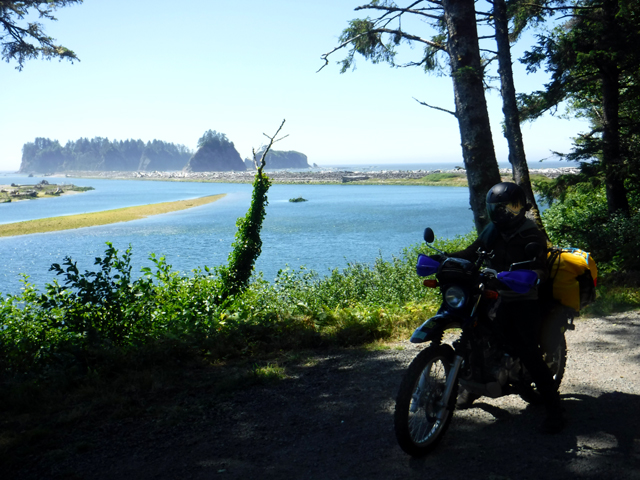 After two years and some change, we are back on the road - this time on a journey from our new home of Seattle down to the southern-most city in the world, Ushuaia, Argentina.

We are taking two Yamaha XT 250 dual sport motorcycles, a tent, 2 Wolfman large duffel bags containing minimalist camping gear and four small sized space bags of clothes (2 for each of us) as well as some saddle bags, a 1 gallon water container and a 1.75 gallon gas container. (See our gear page for more details if you feel so inclined.) We're trying to do this trip with minimal gear, something our experience backpacking through Europe and South East Asia has well-prepared us for. On my insistence (although to be fair, Josh did not argue) we are doing shorter days for the most part; our average day is 150 miles and we'll have "weekends" (what we're calling two day stops) at least every week, usually more often than that. 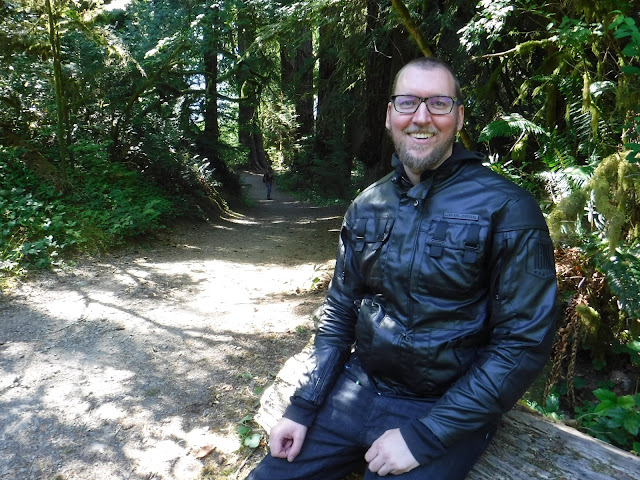 While we have done backpacking trips before, this will be the first long-term trip that we've done by motorcycle. We did travel from Austin, TX to Seattle in 2015 (but since it was only a two week trip I don't think it counts, haha), a 4 day ride in Costa Rica in 2016, and a 4 day ride in Ecuador in 2013, so we have an idea of what's in store for us on this trip, but it will definitely be a new experience.

Also, it has been harder to leave Seattle than we anticipated. Despite all our best efforts we started putting down roots here. Kirsten, our work friend from Austin, moved here about the same time as us (and has been super helpful with driving us around everywhere while we've been getting ready to leave). 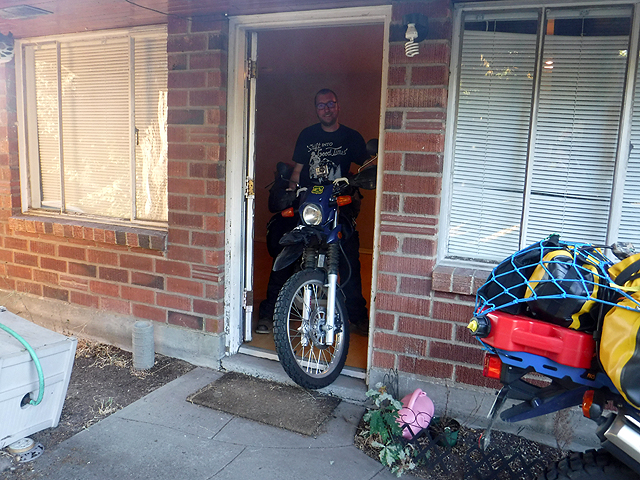 We also made other new friends, and I somehow managed to find the best work environment I've ever come across. I became very close to my boss and my team, and sometimes I wonder if I'll ever find a job this good again - hopefully I can just come back. ;)
They've been very understanding through everything, and even threw me and Josh a rockin' going away Karaoke party.

The day before we left we attended the Black Mass BBQ at The Wick (http://www.thewickmoto.com/), a local motorcycle coffee shop close to our apartment in Seattle. While there we met up with Mike and Jenny Linquist from Pack Animal (http://packanimal.co/), an awesome local brand specializing in handmade leather motorcycle luggage and snagged a couple of their fantastic new insulated water bottles. These bottles will keep liquids cold for over 24 hours, or hot for up to 12 hours. We knew these would come in handy for our trip, plus they have an awesome design. Check them out here: (http://packanimal.co/shop/insulated-bottle)

On July 31st we woke up before the sunrise to move the last few items out of our apartment, loaded up the bikes, and rolled them out the door for the last time. We began our trip by riding North from Seattle to Edmonds, where we caught the ferry to Kingston. We were surprised how cold it was for this time of year, needing a number of layers to stay warm. From there we headed North-West to Port Angeles, and eventually turned South down to La Push. While there we passed through 'Twilight' country, and found some interesting anti-vampire propaganda. 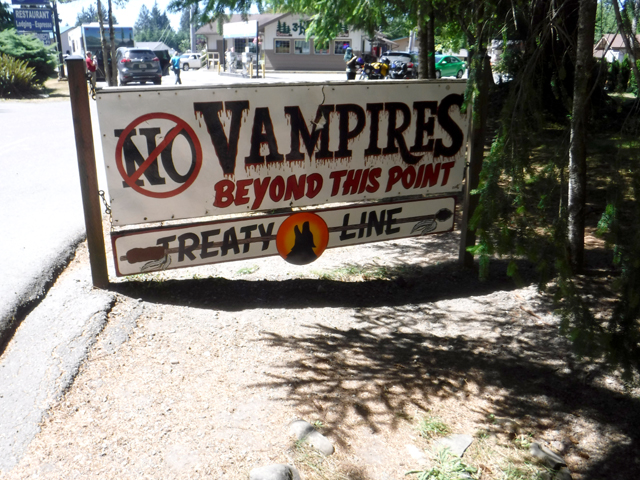 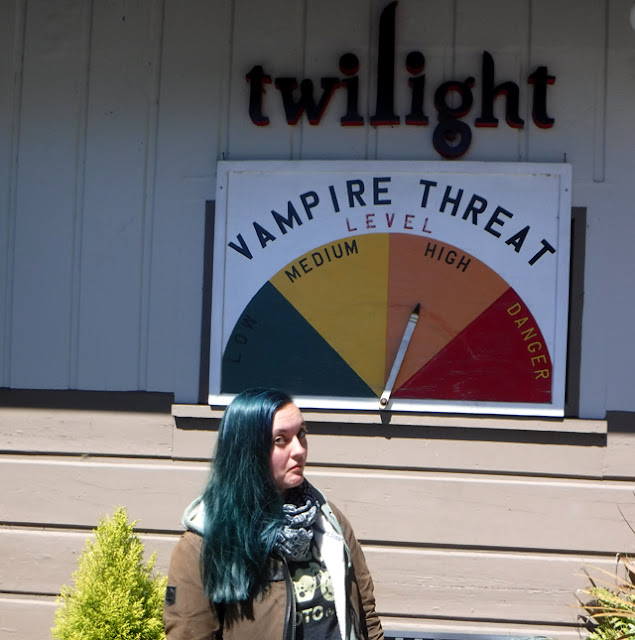 We also went down and checked out Rialto Beach which was only a mile and a half from our campsite. 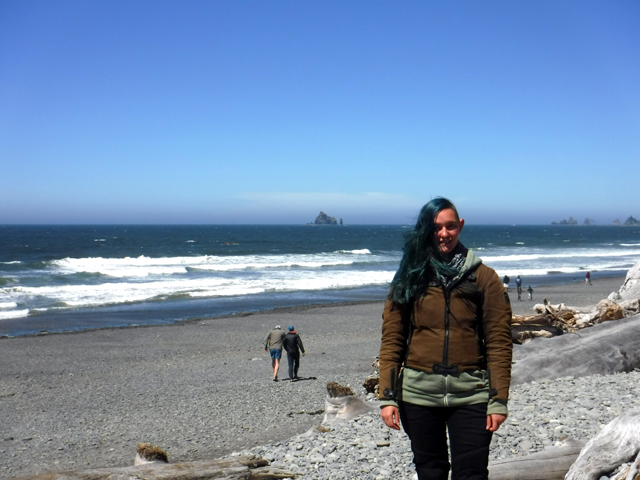 That night we fell asleep to the eerie but beautiful sound of whale calls, which was only marred by the intermittent sounds of logging, and the next morning we headed out to our next destination, Montesano, WA.
After a delicious breakfast in Forks (still no vampire bites), we rode down the Washington coast, enjoying the crisp salty smell of the ocean. 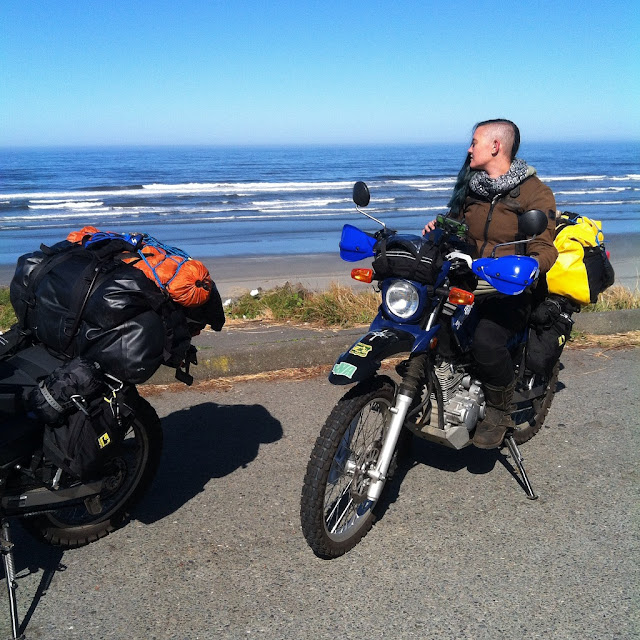 A little while later we found our way to our stop for the night, which Josh had found on the Adv Rider forums. We stayed in a giant house, built by our host, Randall. He had a massive amount of toys on site, including a 1985 Jeep, a couple tractors, some motorcycles, and he even let Josh and I try out his TW200s. 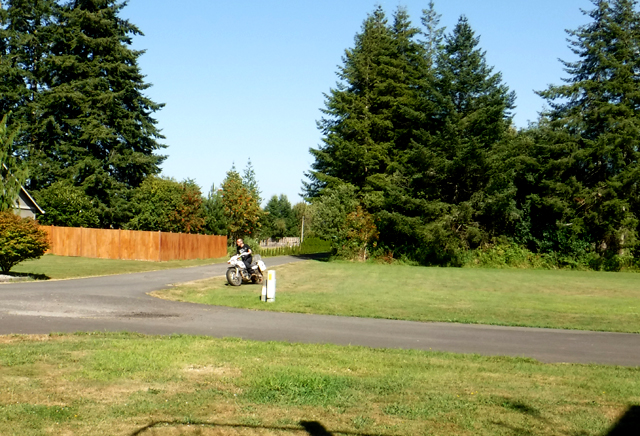 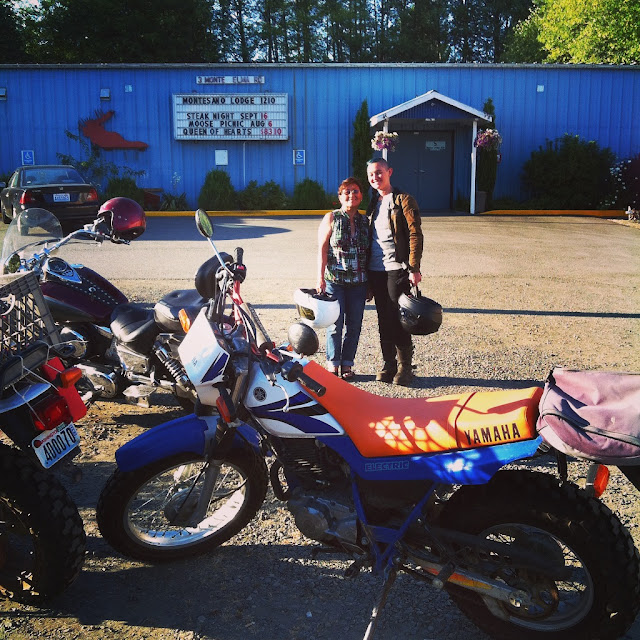 Today we're headed out to Long Beach, WA to see Marsh's Free Museum and the Wreck of the Peter Iredale - expect to hear from us soon!
at 8/02/2017
Newer Post Older Post Home