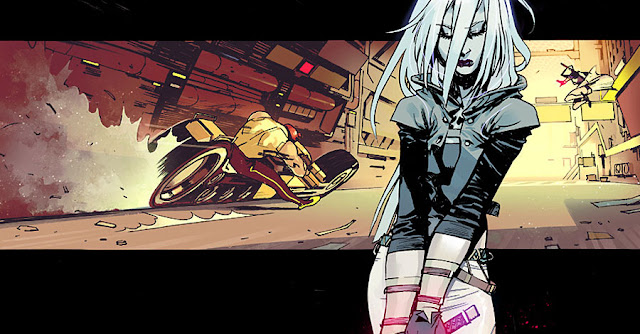 Continuing our Motorcycles in Comics series, I'd like to spotlight a great cyberpunk comic: Tokyo Ghost. 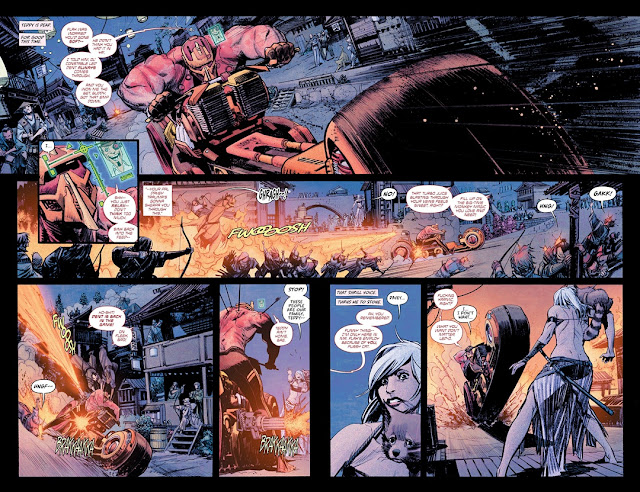 'Tokyo Ghost' is another ongoing monthly comic series by Image comics. Written by Rick Remender with art by Sean Murphy, the series is set in the not too distant future of 2089 where technology has infected every facet of human life and is now more like a highly addictive drug. If you've ever tried to walk through downtown Seattle while having to avoid the endless amount of people staring at their phone while they walk, this future seems all too realistic. 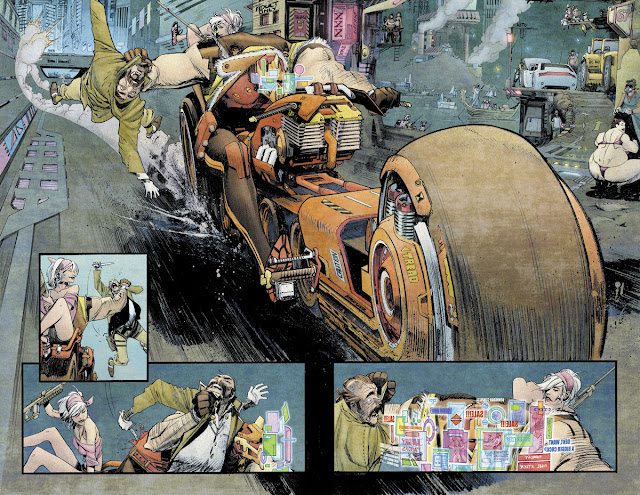 The story follows Led Dent and Debbie Decay, who chase down criminals who hack other citizens (although the people they work for aren't exactly saints themselves). Debbie is the smart, capable half of the duo, while Led is essentially an extremely tough, highly tech-addicted enforcer. 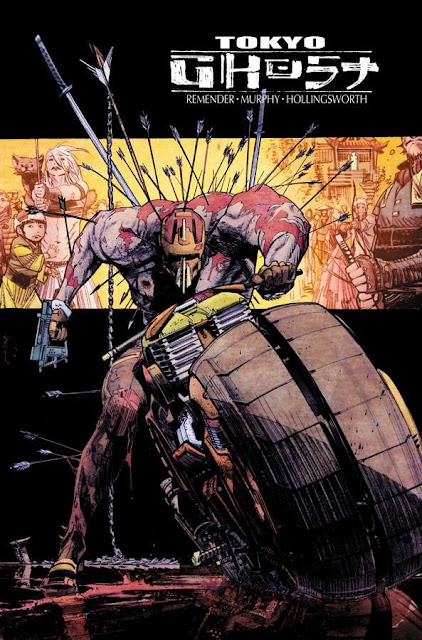 Their employer sends them on a mission to Tokyo, the last remaining nation that is not overtaken by an obsession with technology. In fact, the Tokyo of this future has gone in exactly the opposite direction you would expect, with nature taking back the cities, and the people living more in harmony with nature. It's a nice contrast to the cyberpunk dystopia of Los Angeles that the book starts in. 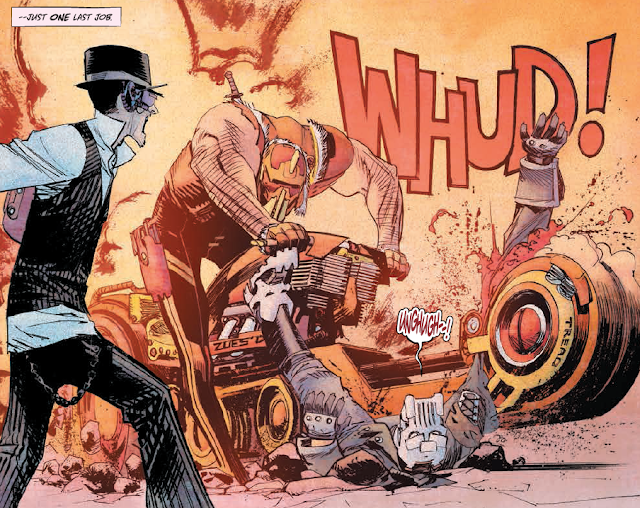 Led Dent's bike is not EXACTLY a motorcycle, in that it has an odd, tank tread style design, but there are two independent wheels. It still feels like a motorcycle that could exist, especially in a future such as this. 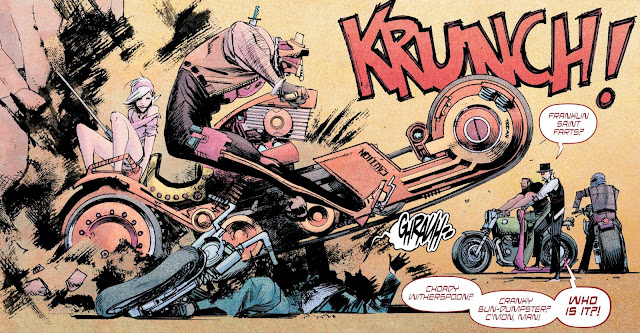 The story has a lot of adult themes including love, sacrifice, redemption, and a whole lot of violence so it's not recommended reading for kids. But if you're interested in sci-fi and motorcycles, it's highly recommended.
Posted by Josh Bryant at 5:37 PM