Motorcycles in Comics: The Humans 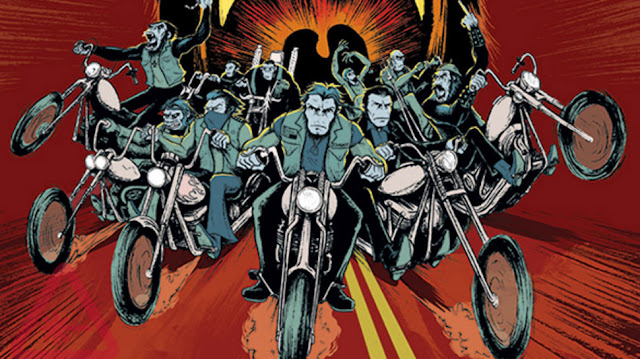 If you didn't notice on our 'about us' page, we're kind of nerdy. And since we will have a bit of downtime from riding for the next few months, I'm going to explore some comics and other pop culture mediums that feature motorcycles. First up: The Humans. 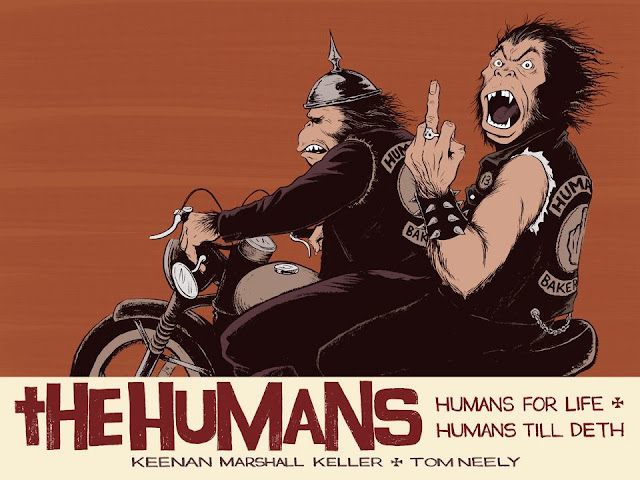 'The Humans' is an ongoing monthly comic series by Image Comics set in an alternate universe take on 70's biker culture. Imagine if Planet Of The Apes was mixed with post-Vietnam America. And just like in the classic film the apes do own human slaves, called "skins", which they keep unclothed and treat like animals. 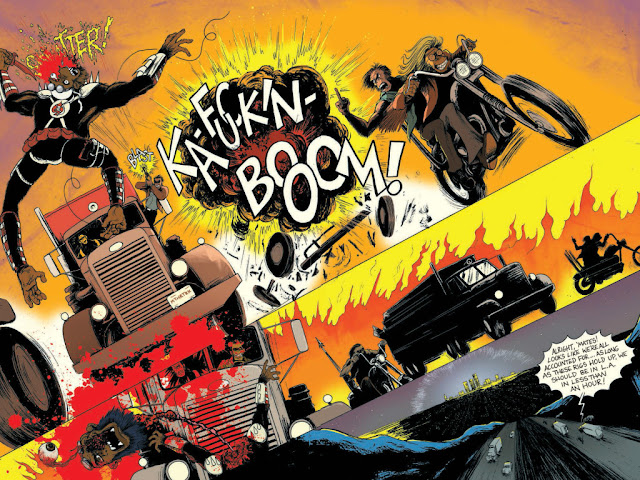 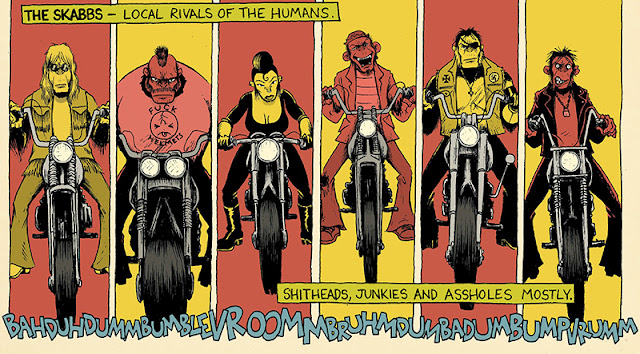 The titular gang of the series, The Humans are pretty clearly an allegory for The Hell's Angels in their heyday. Set in Bakersfield, CA, the series features numerous scenes of partying, fighting, drugs, sex, drinking, PTSD, drug running, and even human cockfighting. This is definitely a mature title. 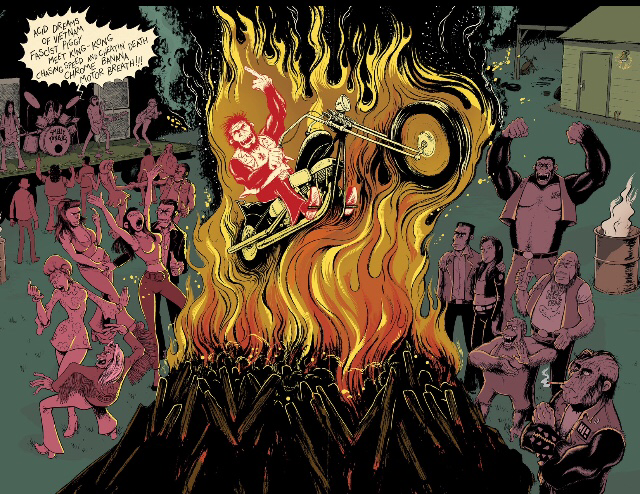 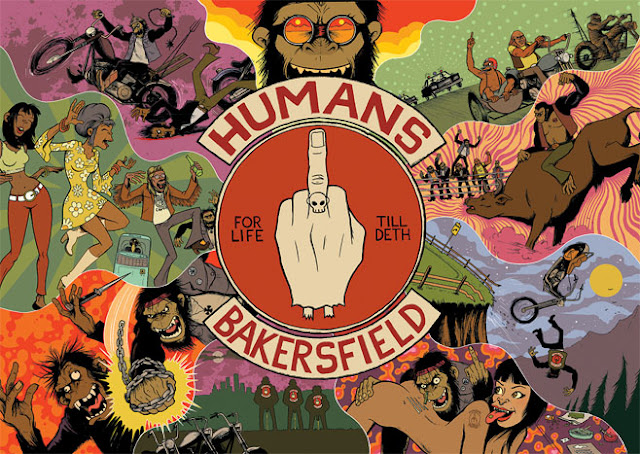 The art is well done, with multiple styles of bikes and a diverse cast of characters that embraces the full spectrum of different types of apes (a sentence I never imagined I would write). There are two collected volumes as of this post, Volume 1: Humans For Life, and Volume 2: Humans Till Deth. If you enjoy shows like Sons of Anarchy and  great artwork of motorcycles, definitely check out The Humans. 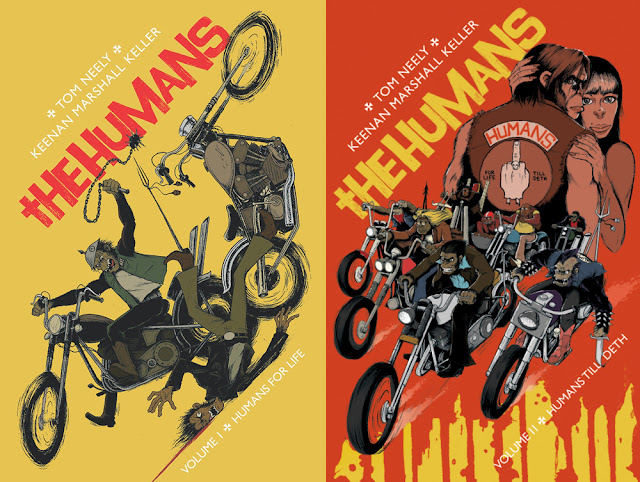