ATVs and motobikes in Gotland, Sweden 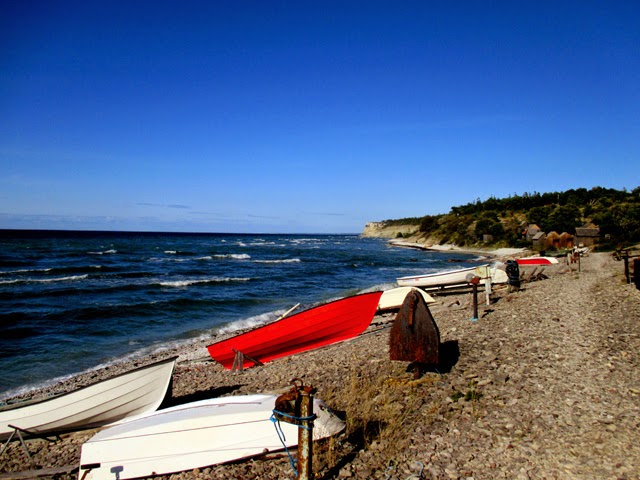 We woke up early for our long trip to Gotland, an island off the coast of Sweden, where we'd be staying with a family of 7, helping out in their ATV store and around the house.

We caught the pendeltag and took it to the Central Station in Stockholm. There we caught the Destination Gotland bus which took us straight to our ferry in Nynashamn. We took the 3 hour ferry ride on a cruise like ship which was very nice- it even had its own movie theater! 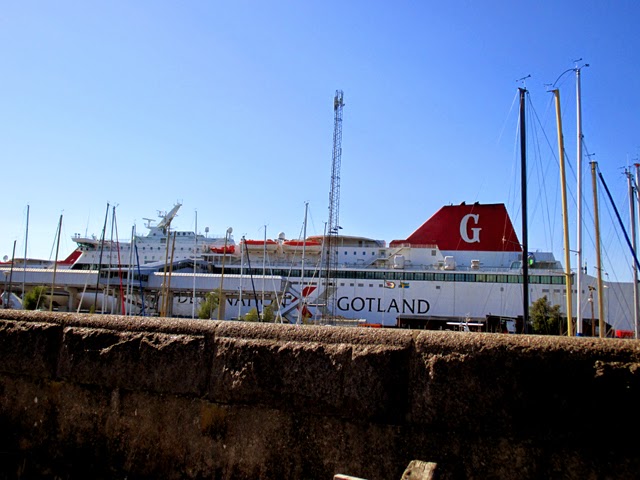 Once we arrived in the main town of Visby we met up with another workawayer, Tom from Tazmania, who'd be staying with the Hörsnes as well for the week. Within a few minutes one of our hosts, Lisa, came and picked us all up along with her newborn baby, Amy.

Soon we arrived in Hörsne, the town we'd be staying in, which a Hörsne ancestor named the family after. There we met another workawayer, Lorenzo from Italy, Johannes, Lisa's husband, and the other 4 kids, plus a teenage foster child. There were a lot of people staying here!

Luckily we got our own room: a bus that had been converted into an RV. It was awesome. 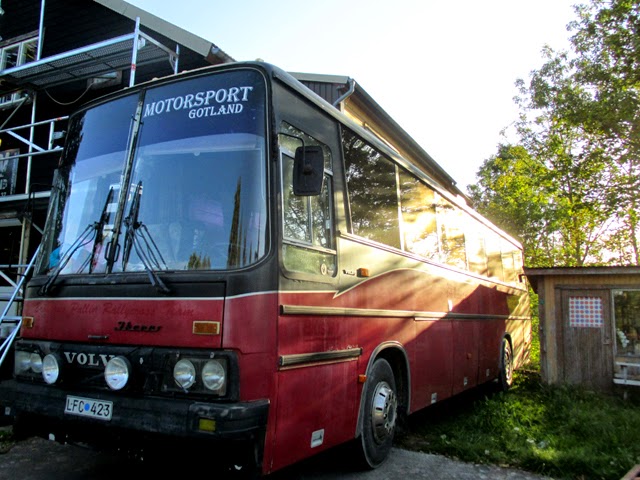 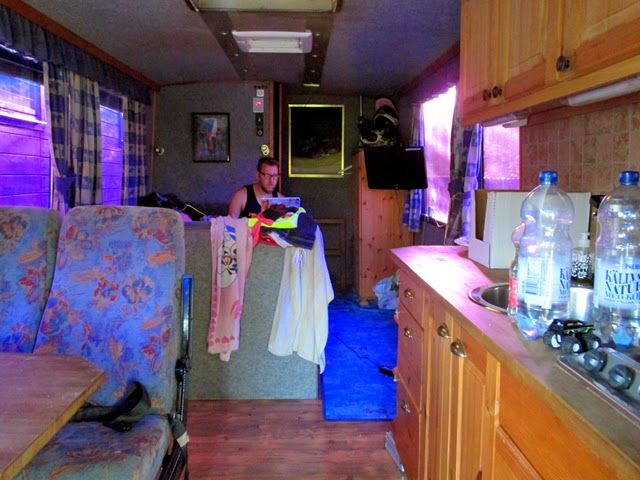 The next day we scraped paint off the house since Johannes wants to paint it black and we went and saw the shop of a local carpenter since Lorenzo wanted to buy an authentic wooden Swedish butter knife. 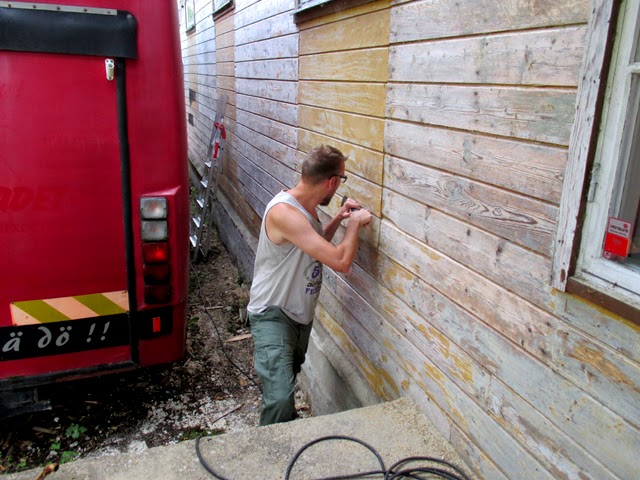 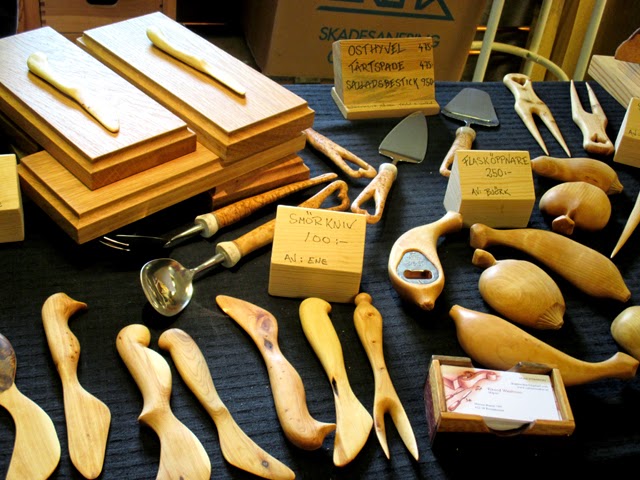 Later that night Johannes took us to his local ATV club where we drank maybe a little too much grog, a local drink made out of Swedish moonshine and lemonade. Grog has been a part of Gotland tradition for a long time, so it was necessary. 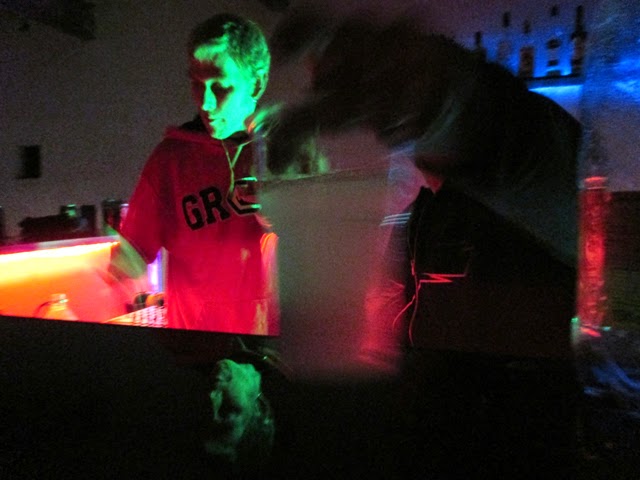 The following day, the entire family plus a few more piled into the bus we'd been sleeping in and we all headed off for an adventure to the nearby island of Fårö, which is famous for being where Ingmar Bergman lived. While there we went and saw "Rauk" which are strange rock formations created by erosion during the Ice Age and can only be found on Gotland and Fårö. 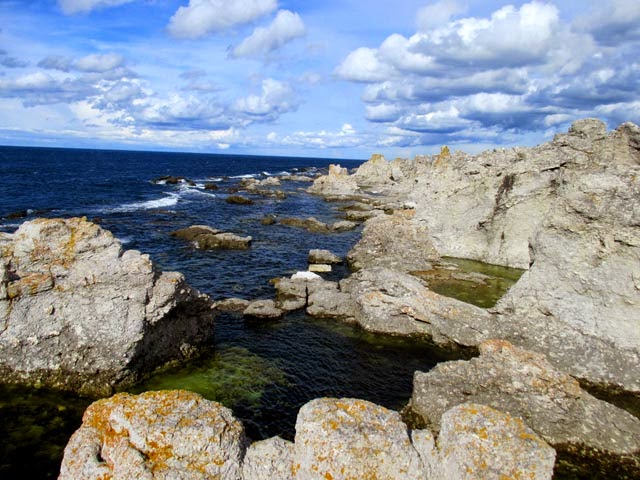 Over the course of the next week we scraped paint, helped build ATVs, cleaned the house, and cleaned the barn where Johannes eventually plans to move his ATV shop to. 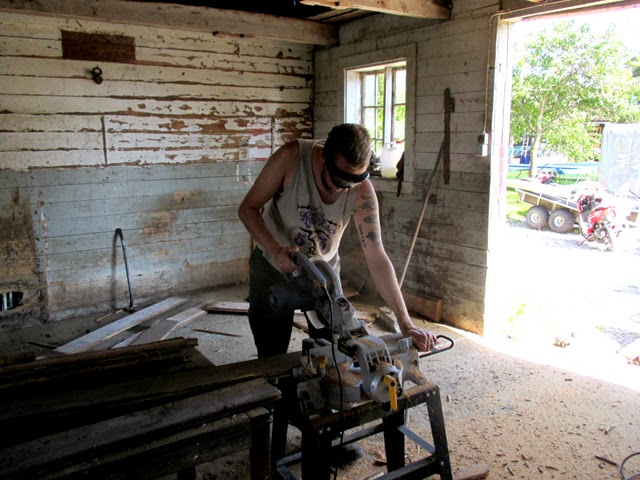 We took several trips into the main city of Visby which has a colorful history. The city is a UNESCO World Heritage site which was inhabited as early as the stone age and has an ancient wall that encircles the town center. 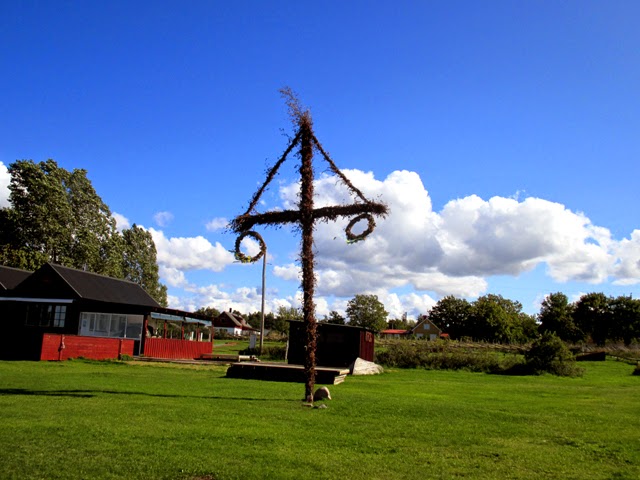 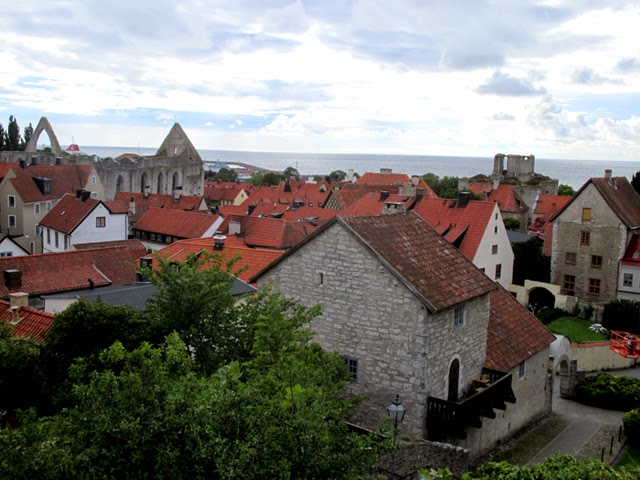 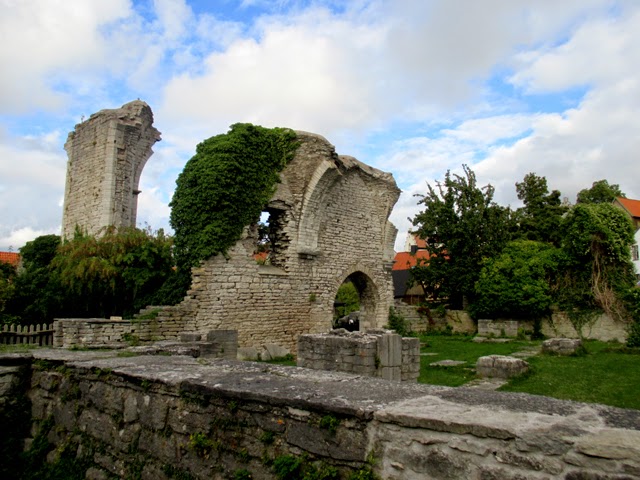 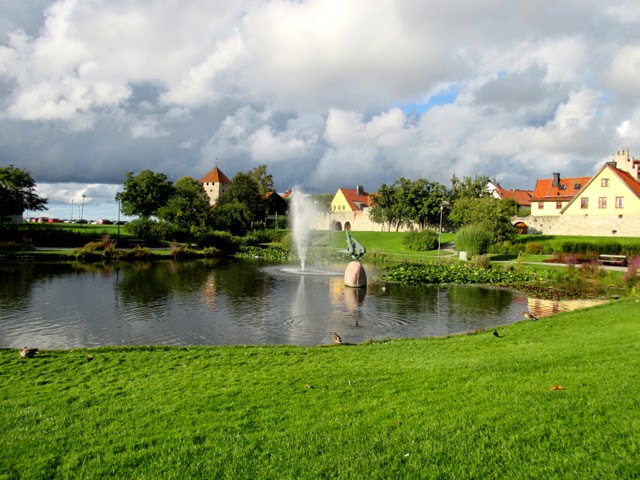 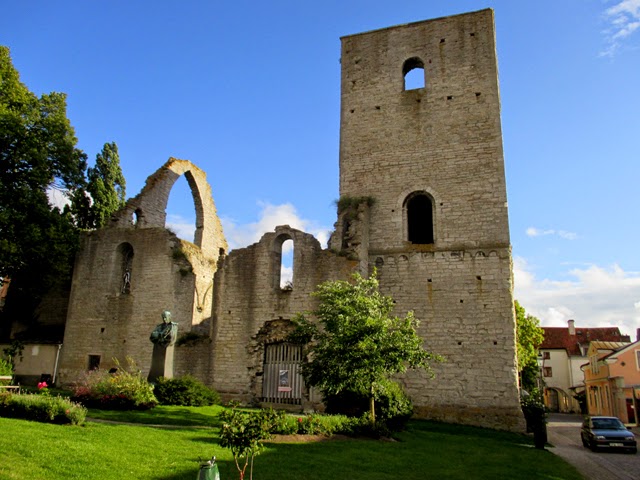 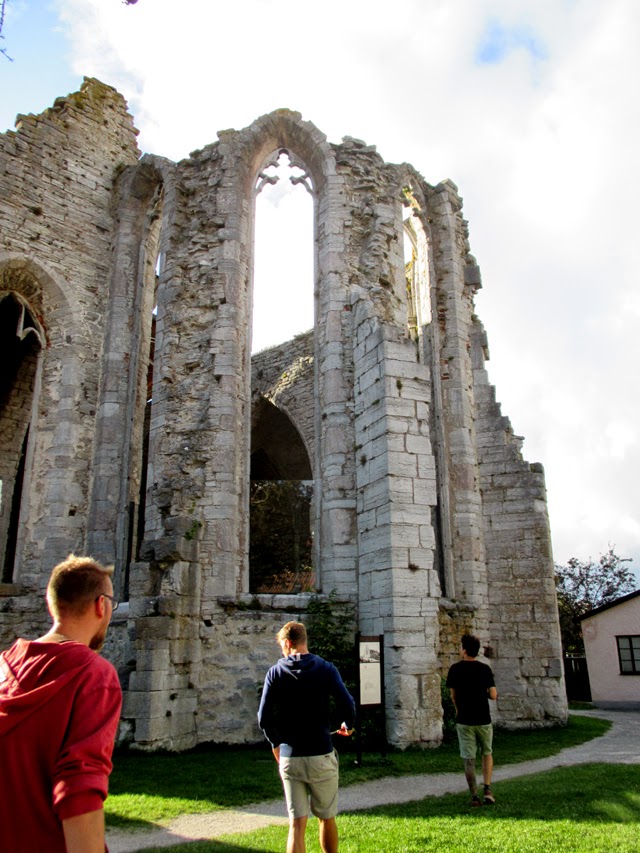 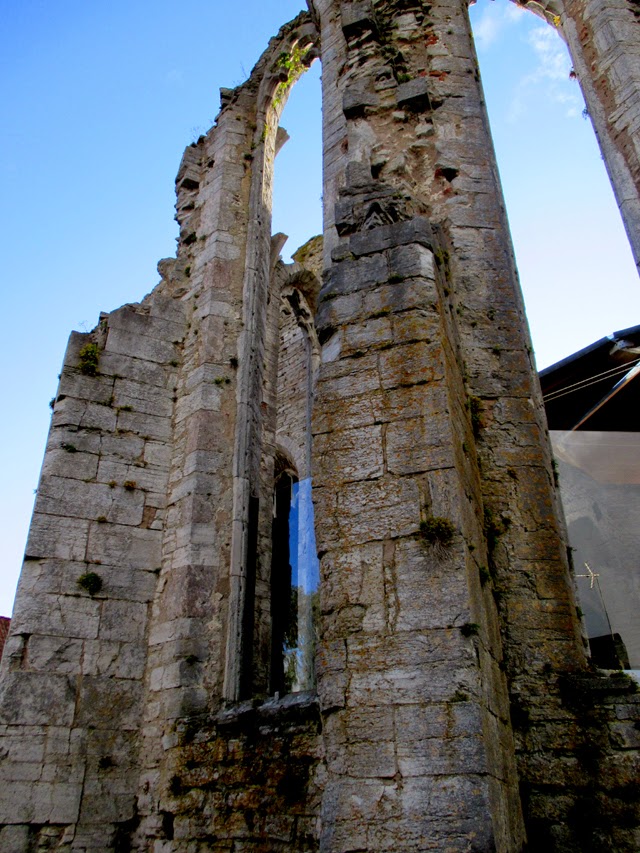 Notably, in 1361 the city was conquered by Valdemar IV of Denmark and 1800 Gotlanders were killed, an event that is still chronicled during Visby's Medieval Week, which we sadly just missed. 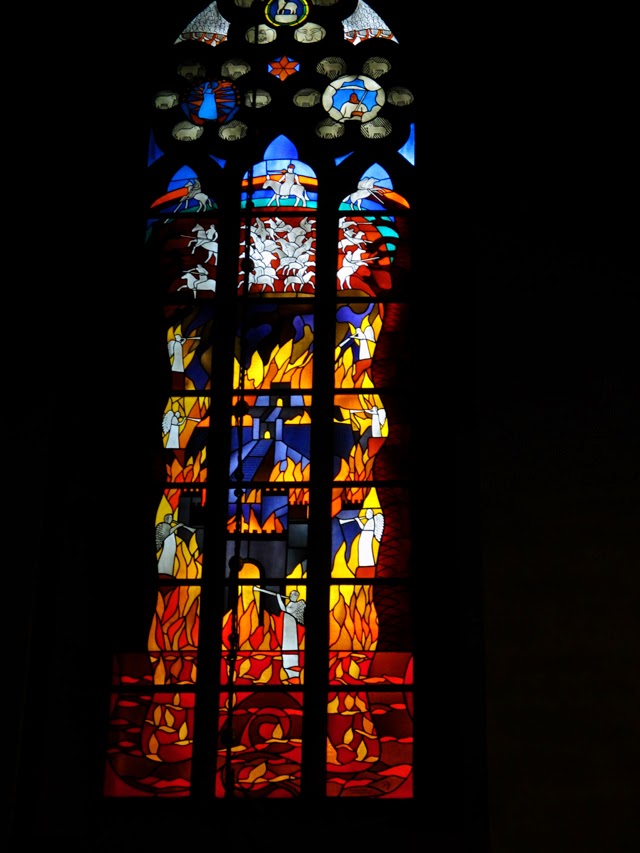 Near the end of our stay, Johannes invited us out to watch him ride motocross on a nearby farm. It was impressive to say the least. In his younger days Johannes was ranked # 18 in Sweden, and even after having 5 kids, his skills were still sharp. 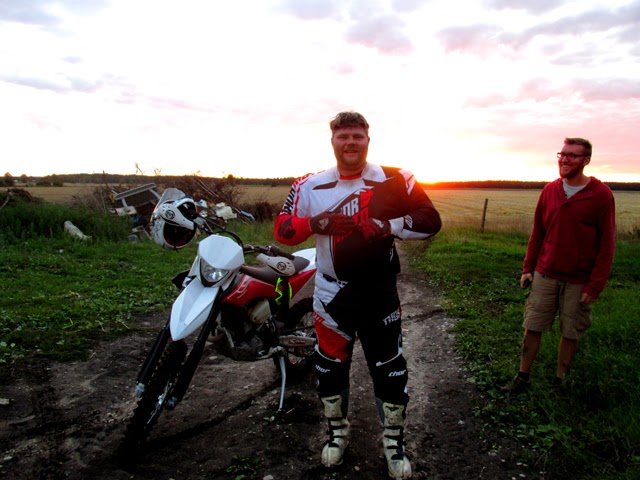 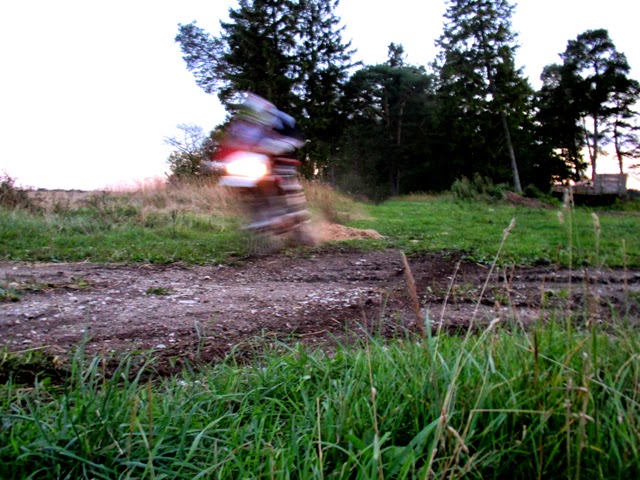 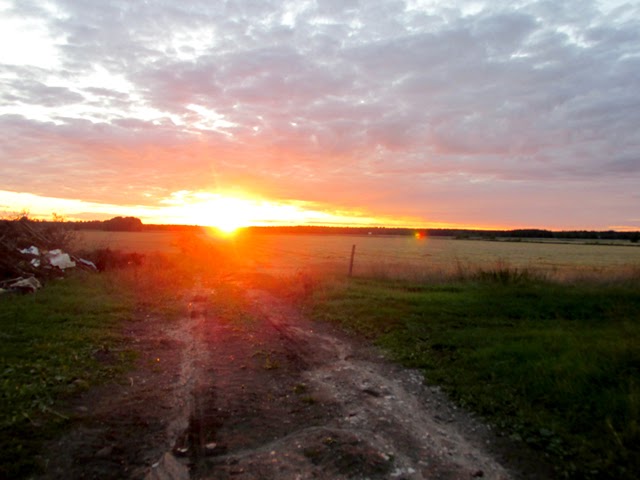 We had a wonderful week in Gotland with Lisa, Johannes and their family. We will definitely miss them and we wish we could've stayed longer!
Posted by The Adventures of Josh and Johanna Bryant at 9:00 AM