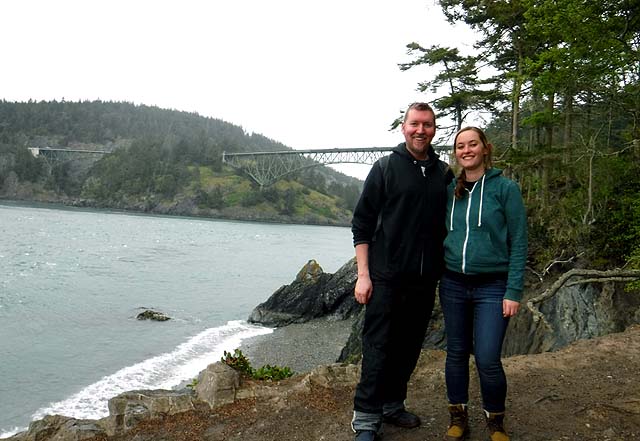 The urge to go camping beats out the crappy weather, and we proceed to freeze our asses off.
After our last camping trip in September, we've waited impatiently for the weather to get warm/dry enough for us to go camping again. In mid April, we saw a high over 50* F and a low chance of rain, so we loaded up and headed to Wallace Falls State Park.


It was a short ride up, and we found the only open site left and quickly set up camp before going on a hike. 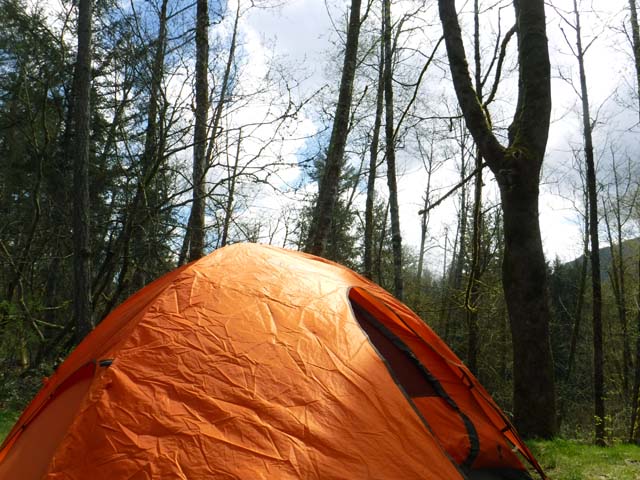 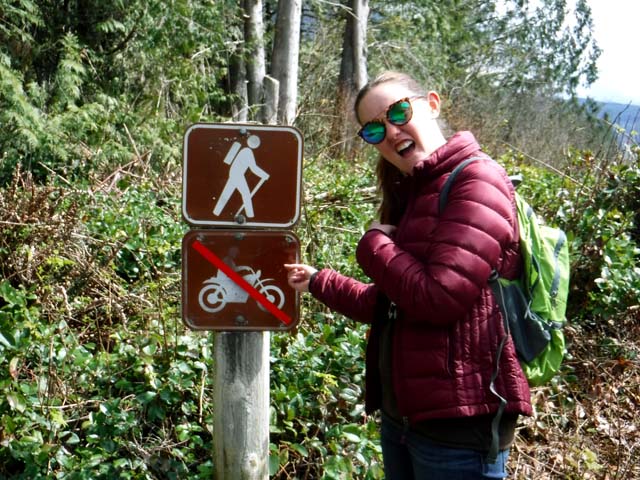 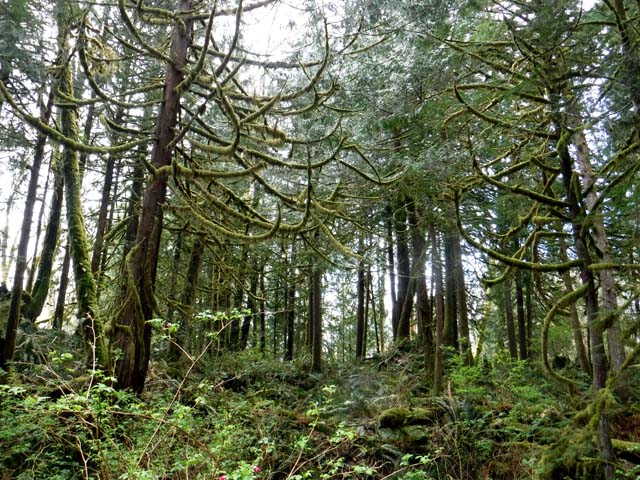 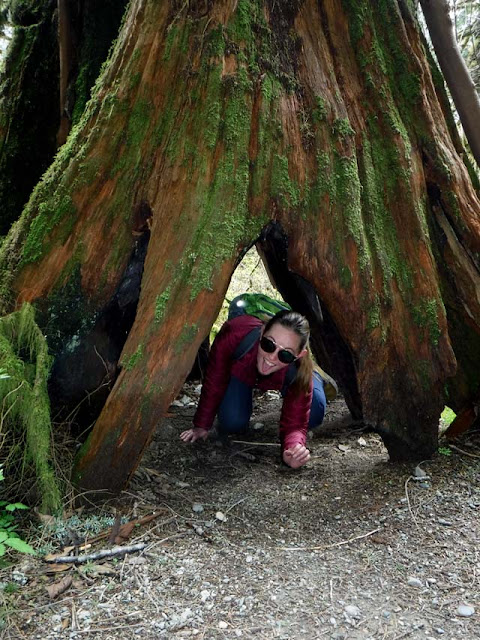 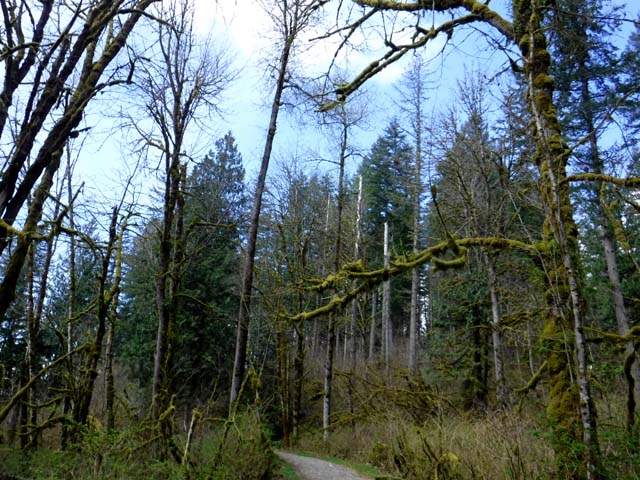 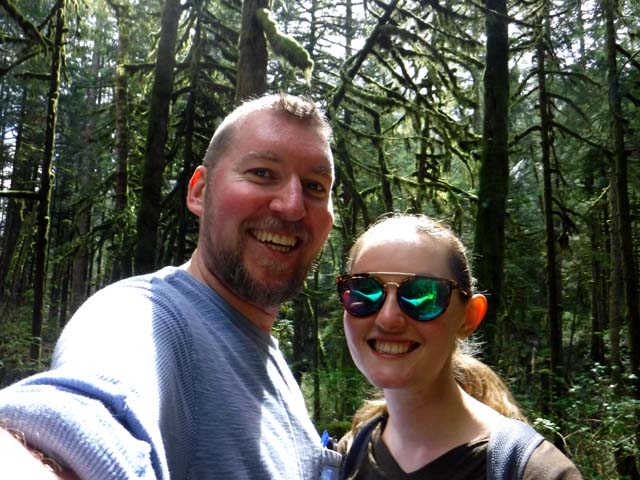 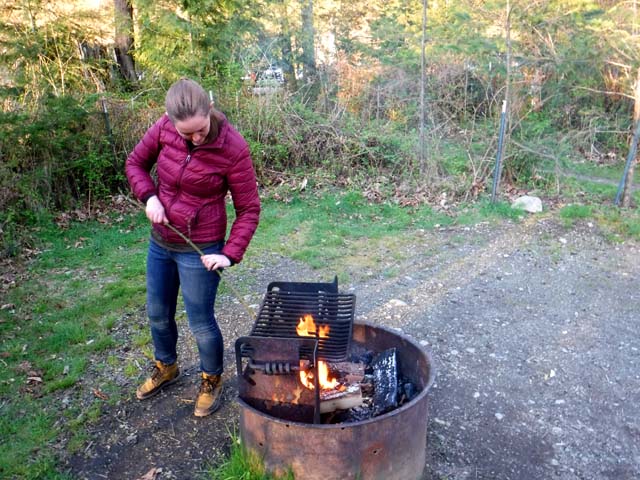 We had a nice night where Johanna practiced her fire building skills before heading home on Easter Sunday.


2 weeks later we were back on the bikes heading North to Deception Pass State Park. 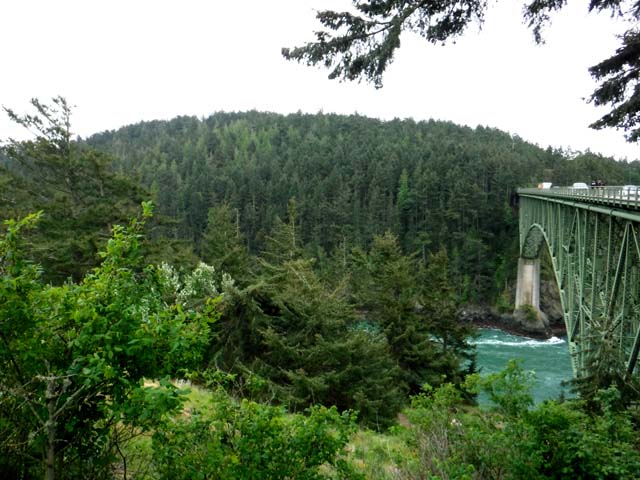 After the shortest ferry ride ever, we made it to Whidbey Island and made our way up the scenic roads to the campsite. It was a cold ride, but luckily it went pretty fast and we managed to set up camp right before the rains began. We hiked out to the bridge while it rained on and off, and when we returned to camp we met some like minded neighbors next to our site and spent the evening talking bikes and travel over too many beers. 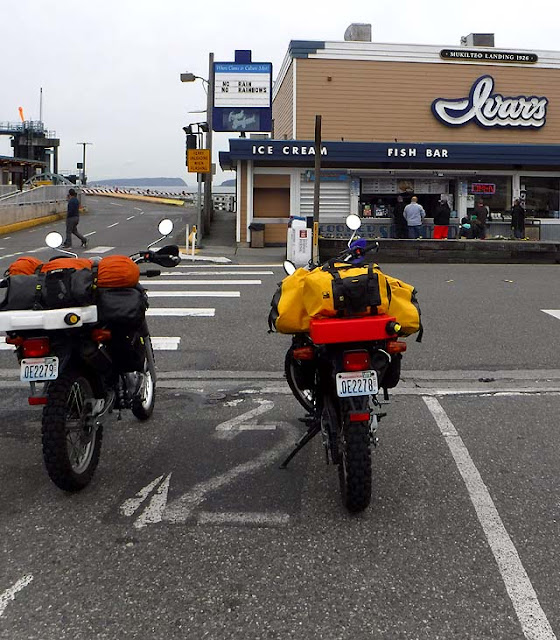 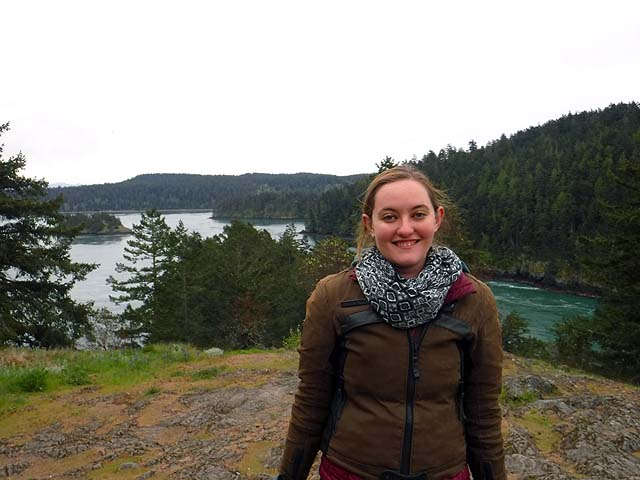 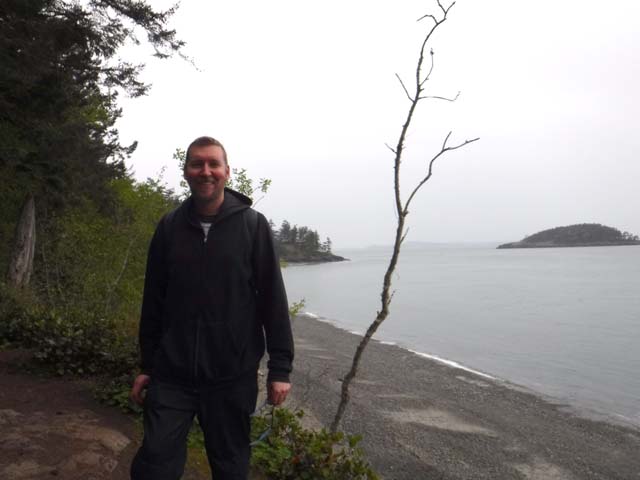 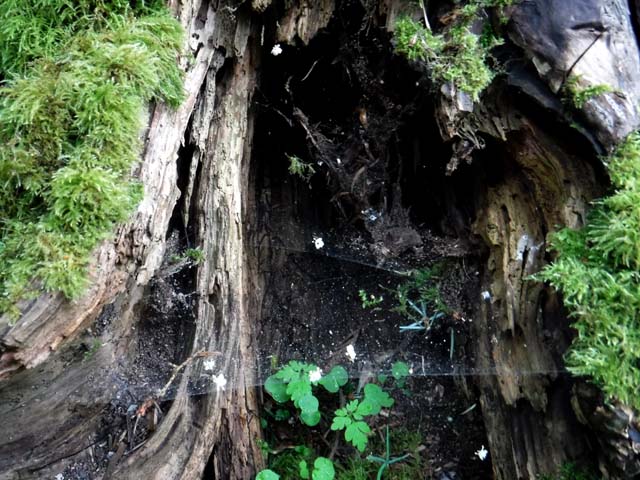 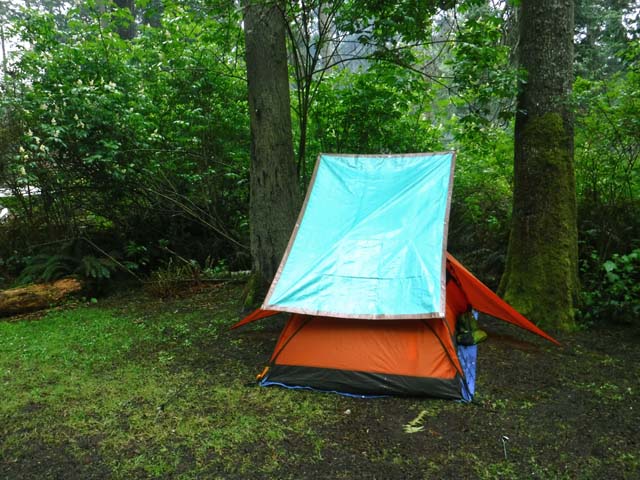 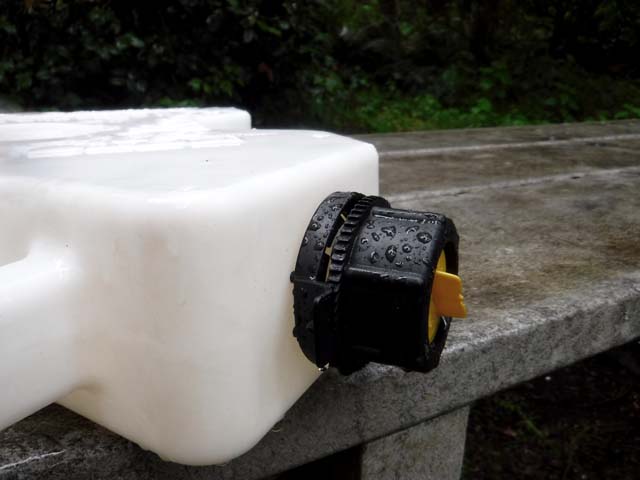 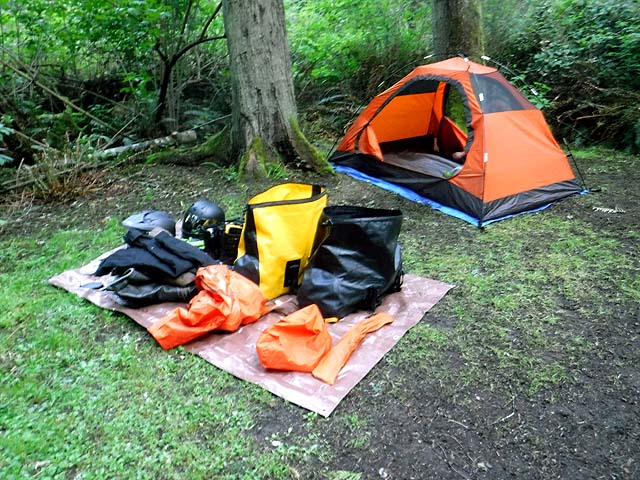 The friday after that, we hopped on a ferry to head to the PNW Dual Sport Spring Opener. 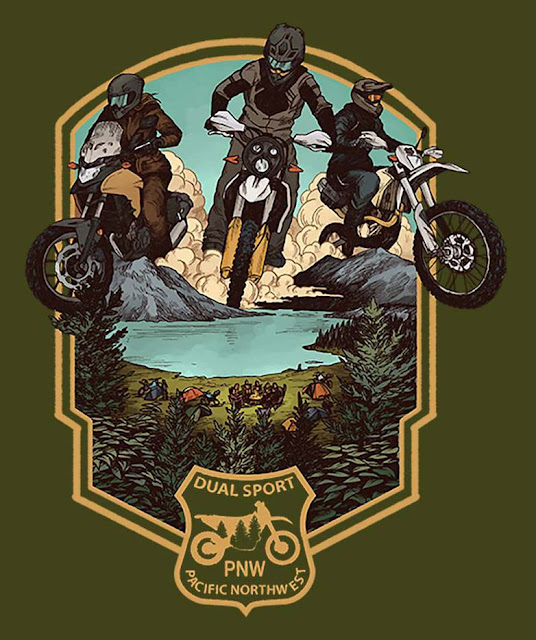 We got off the ferry in Bremerton and it was a quick ride down some very scenic roads to the campground, where we joined an estimated 200+ other riders who had taken over the entire campsite. 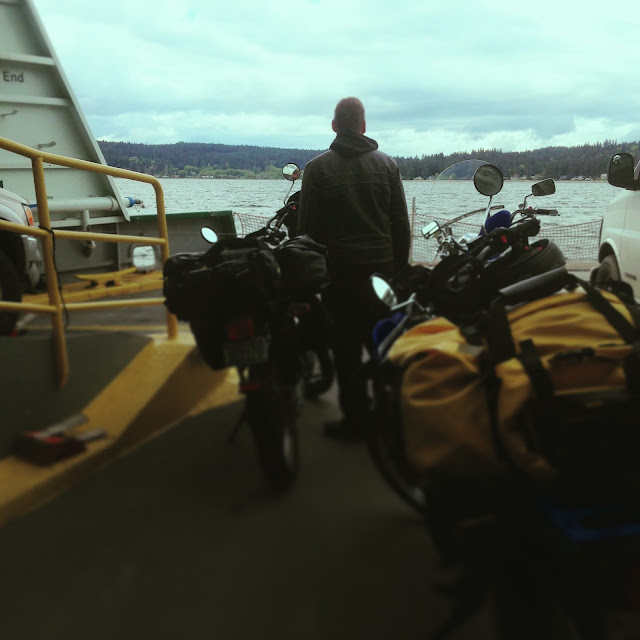 We grabbed some free dinner and attended the group meeting to figure out our plans for the next day. We turned in early and were ready to ride in the morning. We joined up with the easy group for the day's ride, not wanting to beat our bikes up too bad. We quickly learned that the route would be the same the intermediate group took, but we did manage to get some great views. 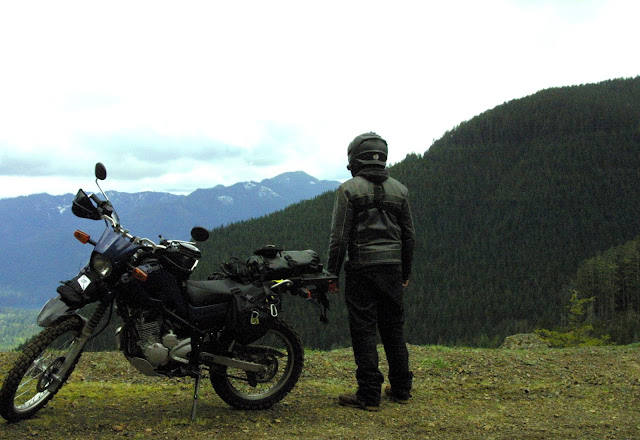 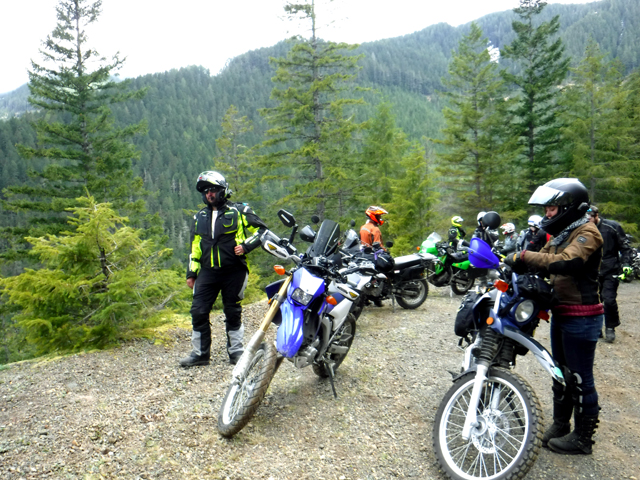 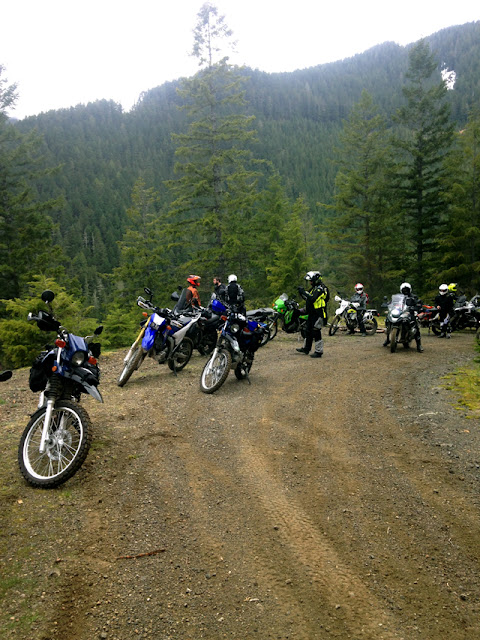 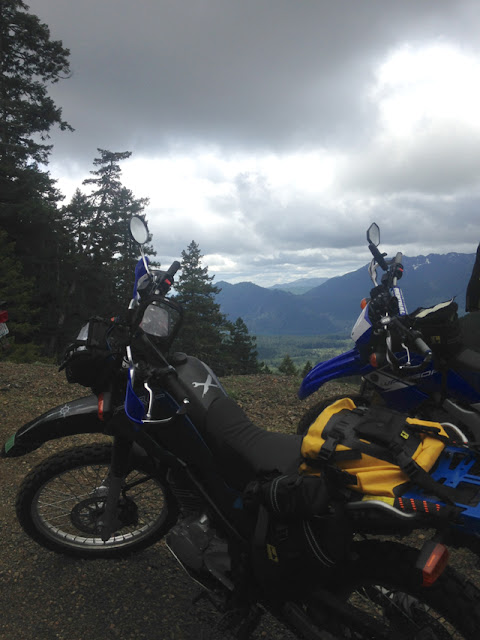 After crossing a particularly narrow section of the track that had been in a rock slide, we were regrouping when one of the riders lost control of their bike and went off the edge of the mountain. Everyone in the group quickly rallied together to rescue him and his bike. 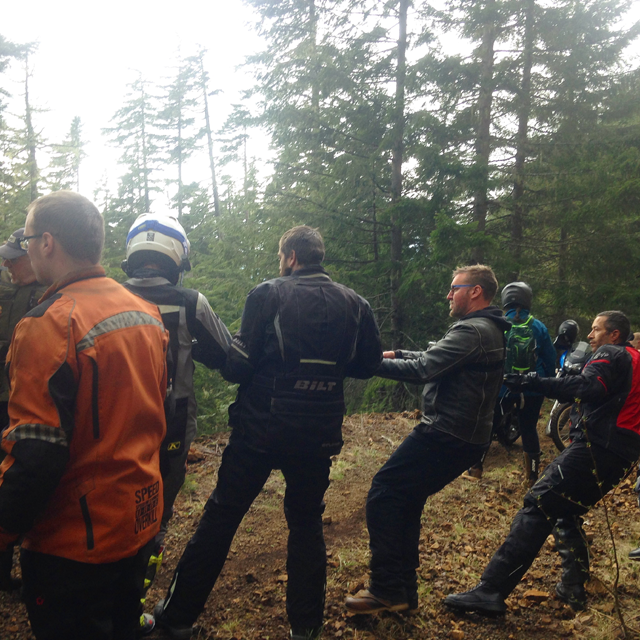 We don't have a video of the crash but we did make one of the rescue effort.

Luckily he was fine, and his bike started right up. He finished the day's ride like a champion. 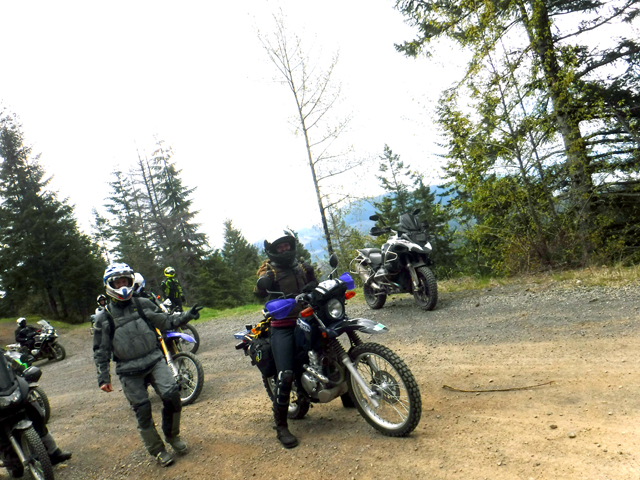 We made it to the Geoduck (a restaurant from one of our earlier trips) and enjoyed some lunch with the group before heading back to camp. That night we drank plenty of beers while watching the raffle giveaways for the last night of the campout.


It was a great time and we can't wait to attend more events like it. 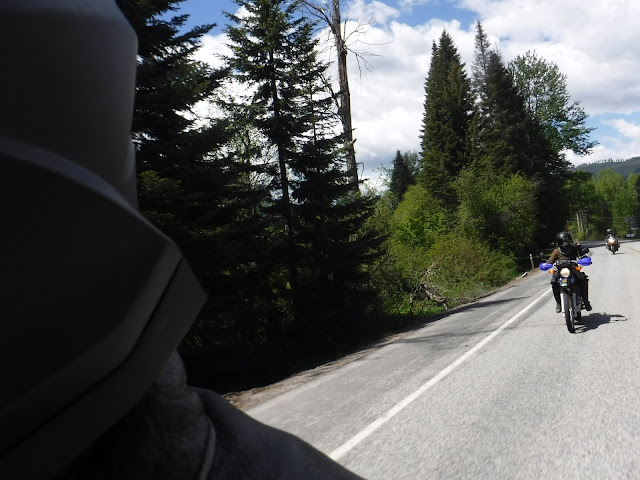 A few weeks later we headed to Lake Wenatchee State Park with Volodymyr and Aleksandra, a Ukranian/Russian couple that we met at the campout. After a quick breakfast at The Wick, we headed towards Leavenworth. 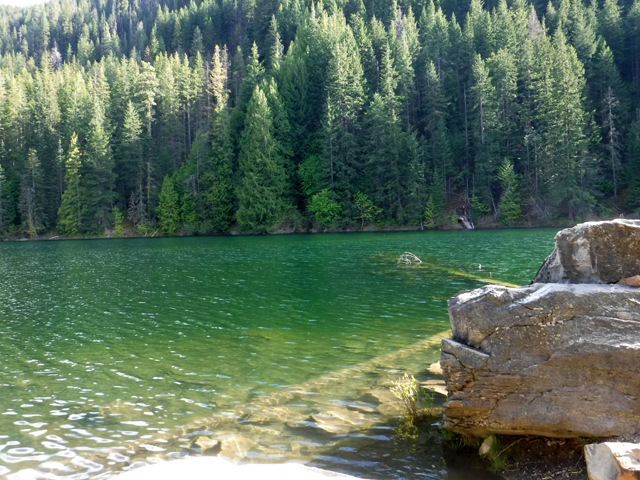 After setting up our campsite and grabbing some lunch, we explored the area a bit before finding a trail-head for Hidden Lake. It was warm out, so hiking in our gear wasn't ideal, but the hike was only about a mile. 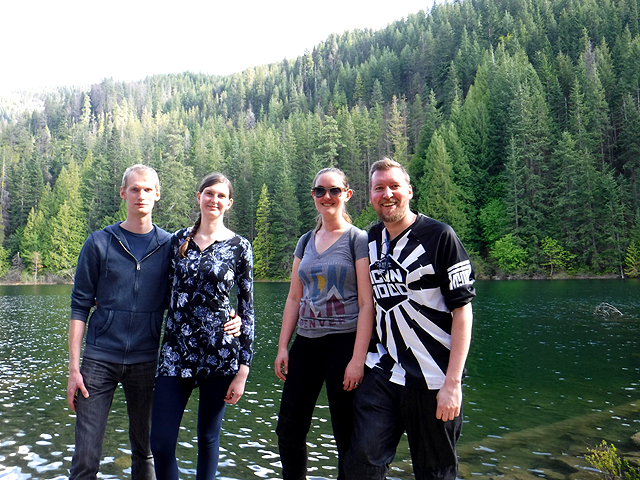 We had a nice relaxed evening by the fire, and the next morning the two of us got up early and rode out into the woods to explore a bit before we had to head home. 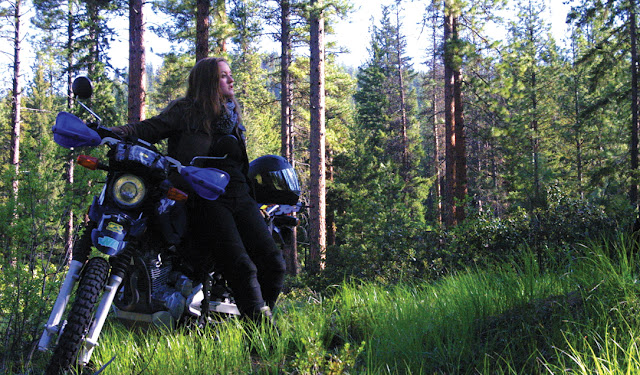 What the camera didn't capture was all the mosquitoes swarming around us. After we got home and unpacked I found my shoulder to be really itchy. 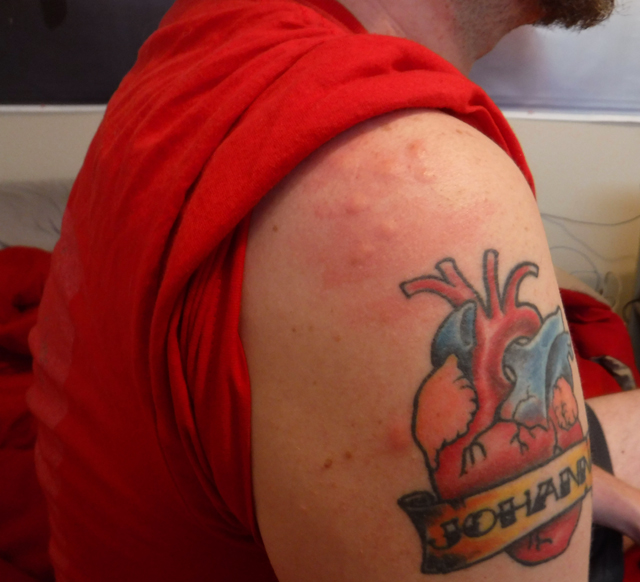 Guess we need stronger bug spray for our next camping trip, which should be in a few weeks.
Posted by Josh Bryant at 8:55 AM