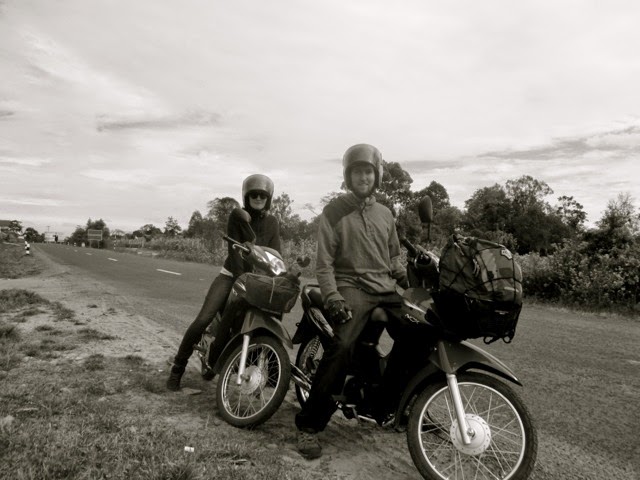 Since we hadn't been on a motobike in almost 7 months we were just itching to get our hands on one - even if it was a couple of itty bitty 100cc Honda Waves.


We set off from Phnom Penh, Cambodia to Pakse, Laos expecting what we had been promised would be an easy 13 hour bus ride. It was only 300 miles after all. It was the bus ride from hell. First of all, for the first part, we weren't even on a bus - we were in a 10 person mini-van that they managed to fit 16 people into. Also, we left over an hour late. Finally in Kratie we transfered to a small 20 person bus and we breathed a sigh of relief. Apparently that was pre-emptive because shortly after leaving we stopped to pick up another 20 locals (the driver pocketed the money for their fares we presume). The bus was way past capacity and people were sharing seats and standing.

Of course after a few miles of this something broke off the bottom of the bus and scraped horribly against the pavement and we had to stop until the driver could yank whatever it was off. Hope it wasn't important. 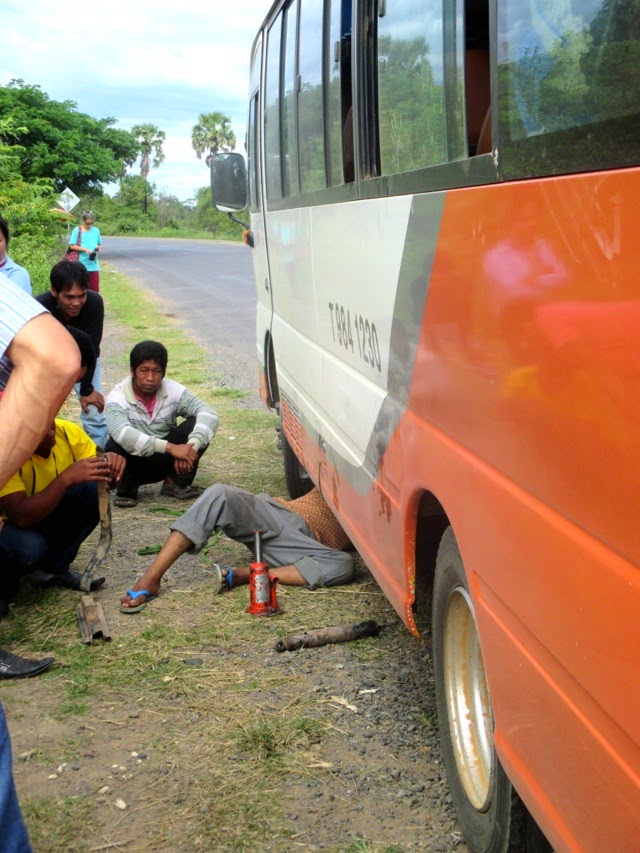 After 11 hours of traveling we had only reached the town of Stung Traeng (it was only supposed to take 7 hours to get there), which was about an hour away from the Cambodia/Laos border. At this point we were informed that the border was now closed and that we'd have to spend the night in town. Needless to say, we were not pleased, and of course the driver had disappeared as soon as we started vocalizing our displeasure.
The next day, we were back on another bus and on our way to Laos. After an expensive - $45 visa per person - but easy border crossing, we were in Laos. Already we felt like a weight had been lifted from our shoulders. Shortly we arrived in Pakse and found our guesthouse, dropped off our bags and went to catch some dinner along the riverfront. 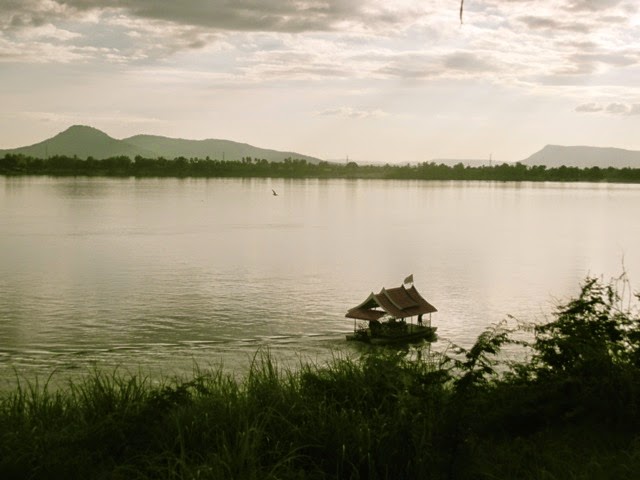 The last time we were in Southern Laos we had done a motorbike ride known as "The Loop" which we did with Steve - yes, the same Steve that we met up with in Phnom Penh. We jokingly referred to ourselves as "Wild Hogs 2" the sequel to the crappy Tim Allen movie. See the blog post here: Wild Hogs 2. Hence the title of this post, haha. We did our research and found another loop known as the Southern Swing that looped around the Bolaven Plateau. It wouldn't be tough like The Loop was though, which would be nice. 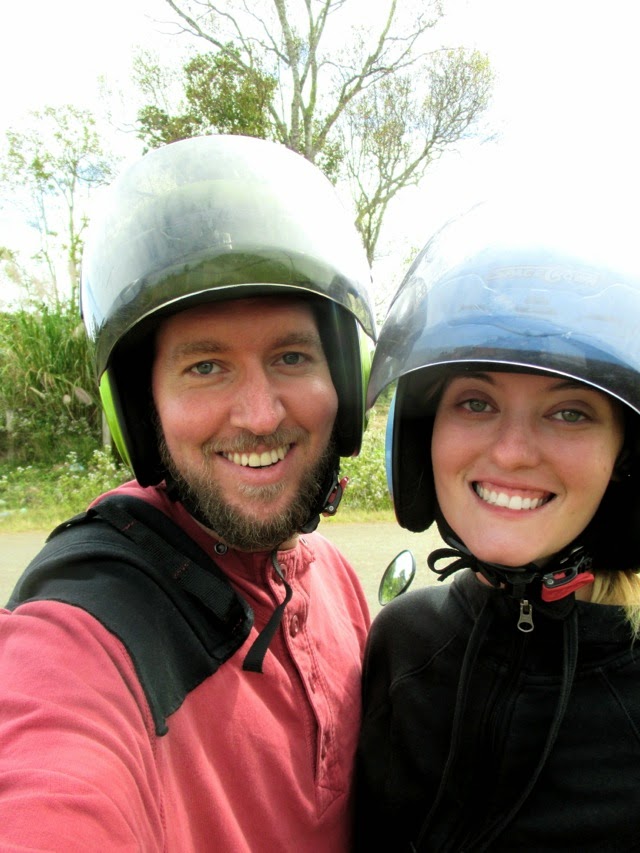 So the day after we arrived in Pakse, we meandered over to Miss Noy's Motorbike Rental and arranged to rent bikes from her. After an exhaustive orientation on the Bolaven Plateau, how to keep your bike from getting stolen, and an admonishment to not go over 40km/hr (what? that's only 25 miles an hour!), we got a good night's rest and headed out the next day. 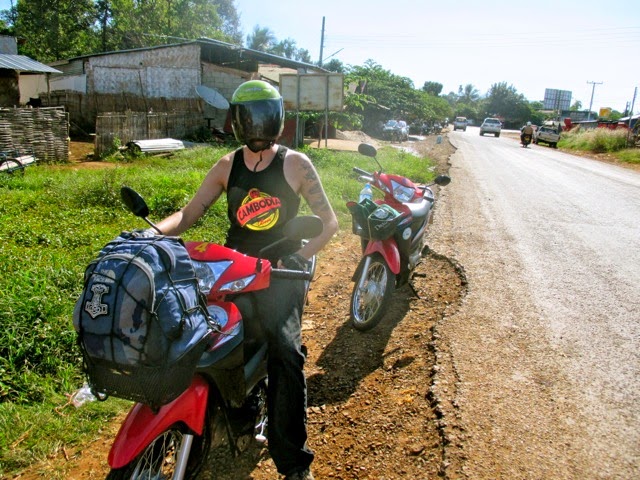 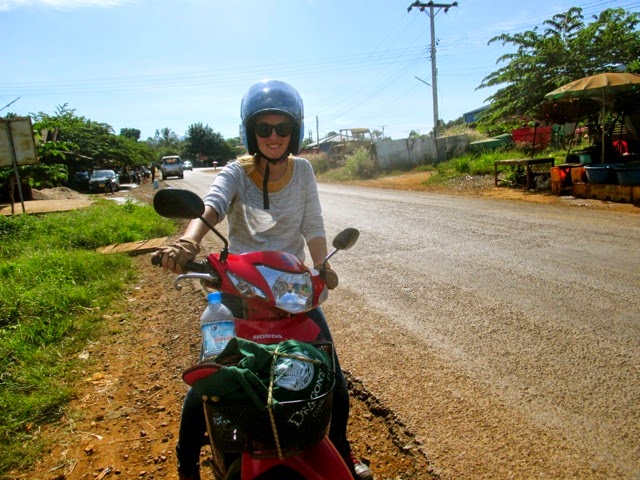 After about two hours of riding (we went faster than 40km/hr, much faster) we reached Tad Lo village which is right next to two waterfalls. The area was beautiful and easily the highlight of the loop.


We quickly found a French guesthouse that was easily the nicest of any place we've stayed so far in SE Asia. Although to be honest, the selling point was the half dozen puppies running around. 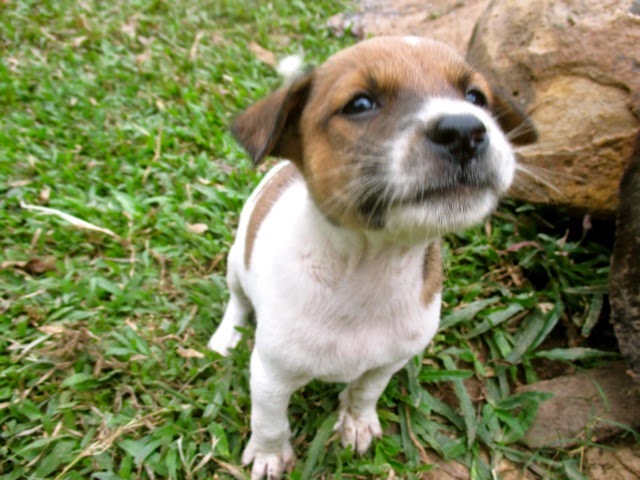 We spent the rest of the day hiking around, with the help of our two guides - local dogs that love white people. Mostly us. :) 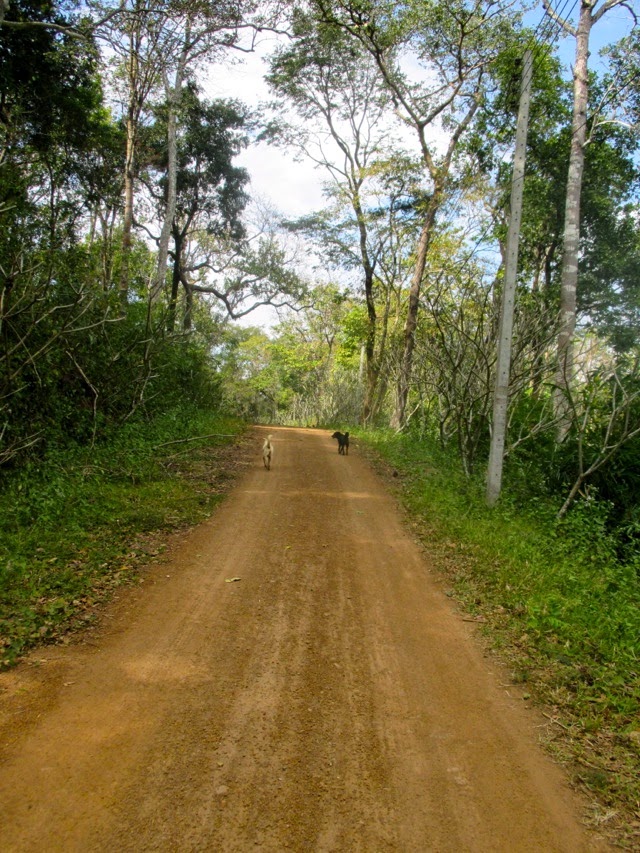 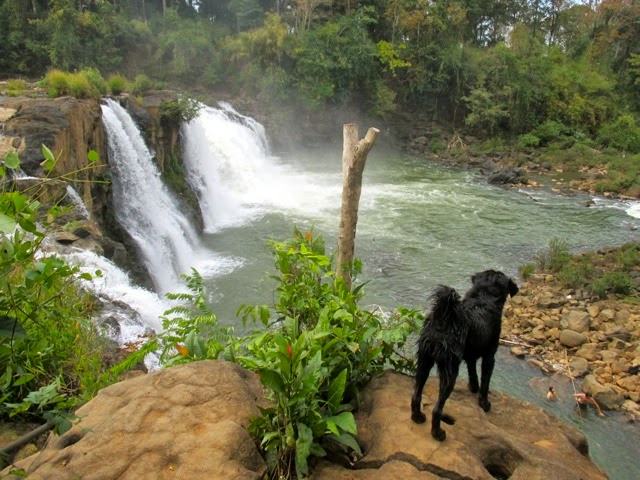 We found these two logs that had notches carved into them, and deduced that they must be used as a ladder to get down to the base of the waterfall.

It was great to swim in. 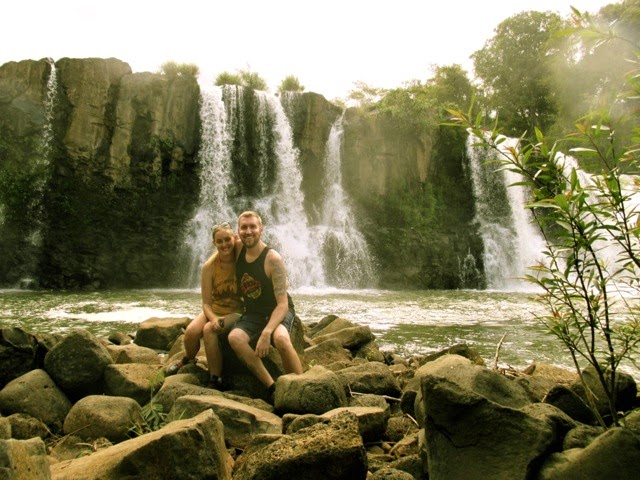 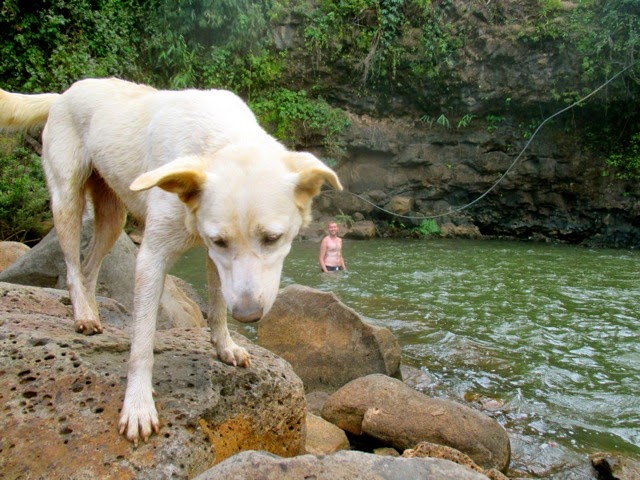 We also went and saw the elephants. They were magnificent, but we couldn't help but feel that they weren't being treated the best, so we opted out of the elephant ride so we wouldn't support their poor treatment.

The next day we headed out early, saw a couple more waterfalls and stayed in Paksong for the night. Paksong didn't get electricity until 6pm, and we had just finished a freezing ride - the Bolaven Plateau gets surprisingly cold! - so we spent several hours just huddled together under the covers trying to get warm. The next day we headed back to Pakse for a little R&R. 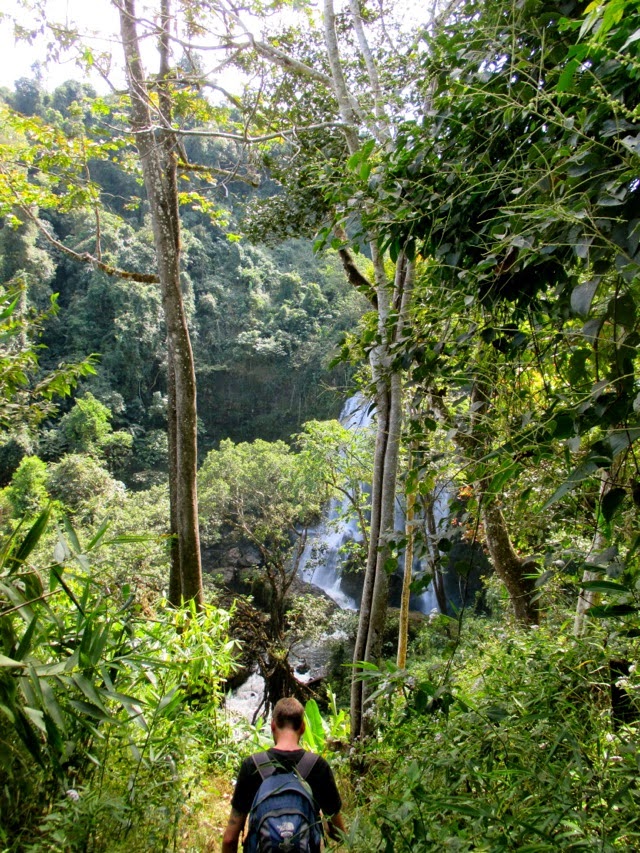 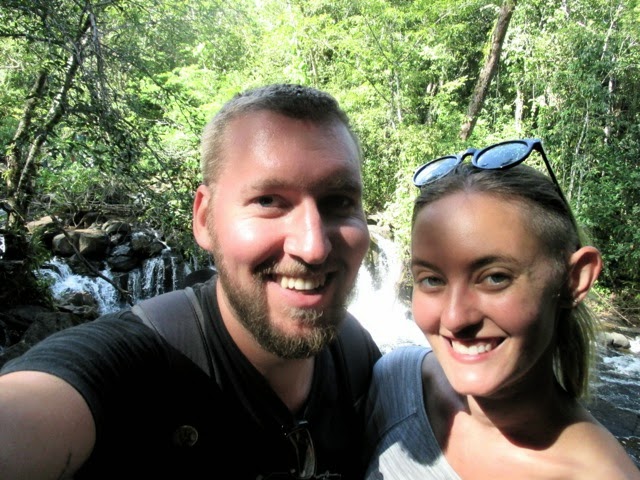 It was a fun ride, and we were definitely grateful to get back on two motorized wheels again. Tomorrow we head out on an overnight bus to Vientiane! Be sure to check back soon for our next post! 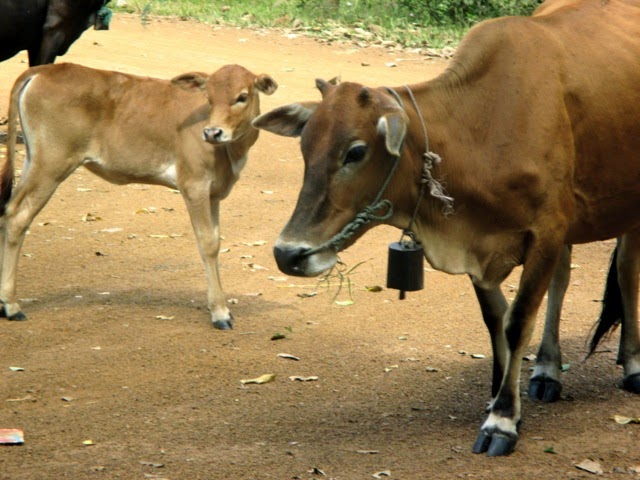 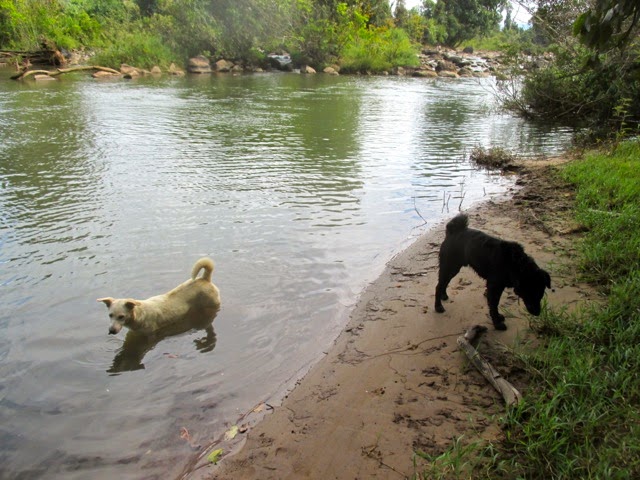 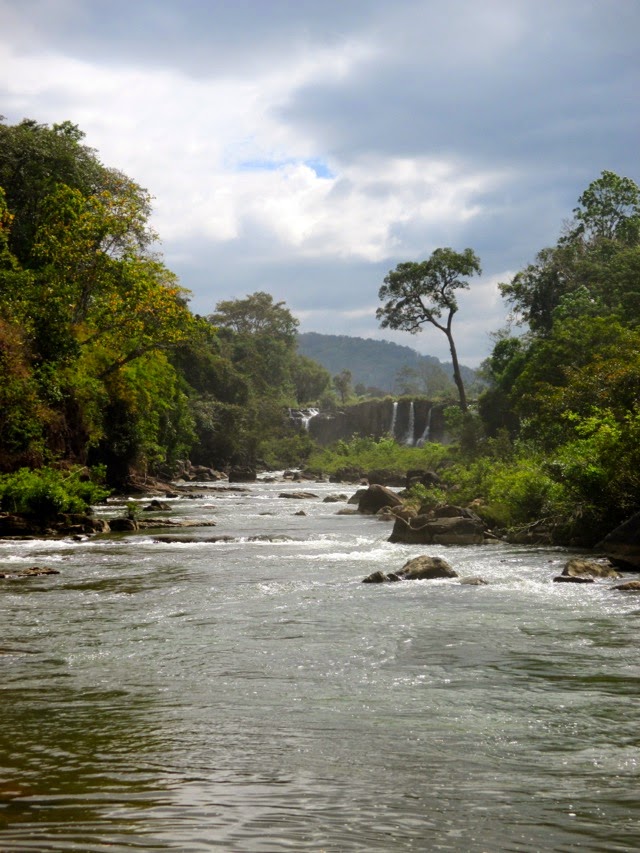 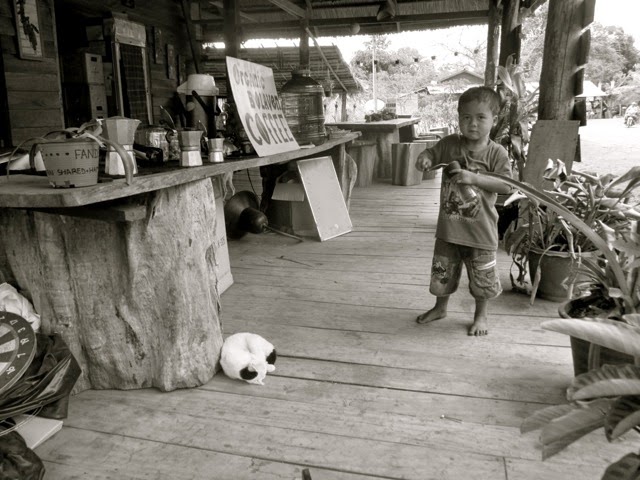 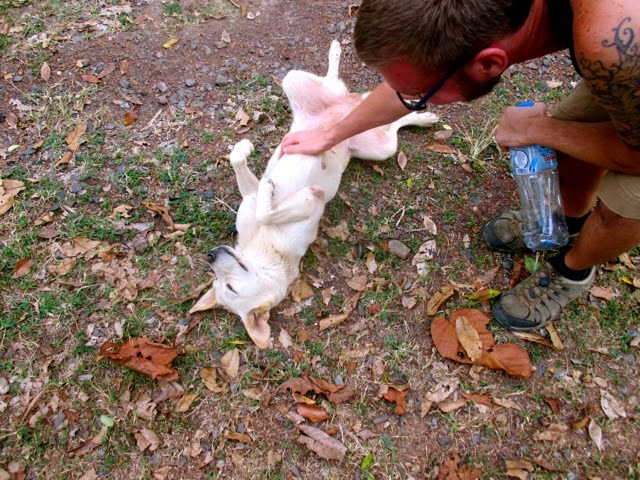 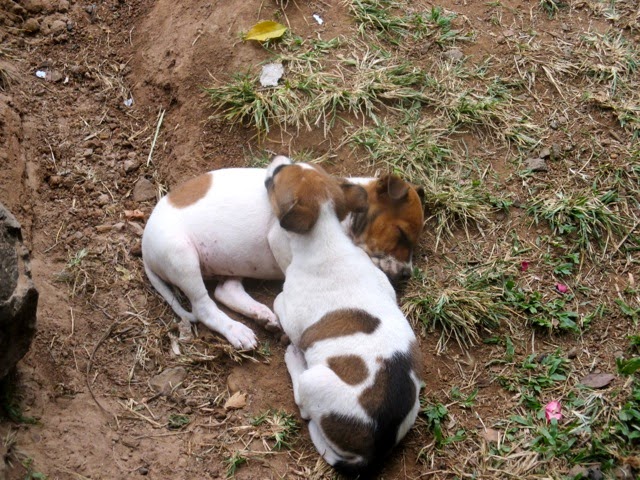 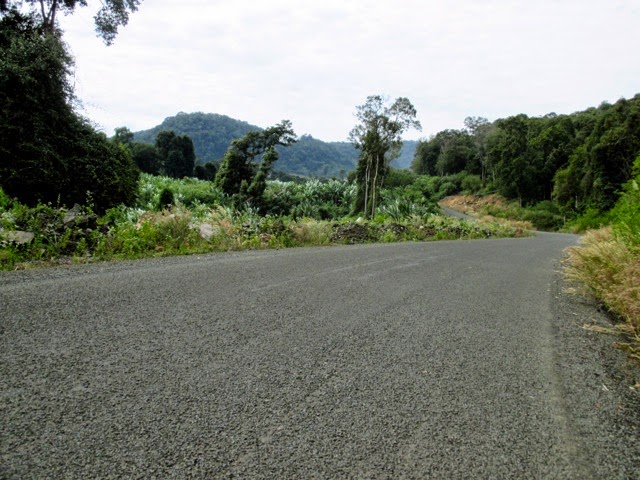